The prices of natural gas, crude oil, petrol, diesel and coal have all hit new highs in the international market due to rising demand after COVID-19 and bad weather 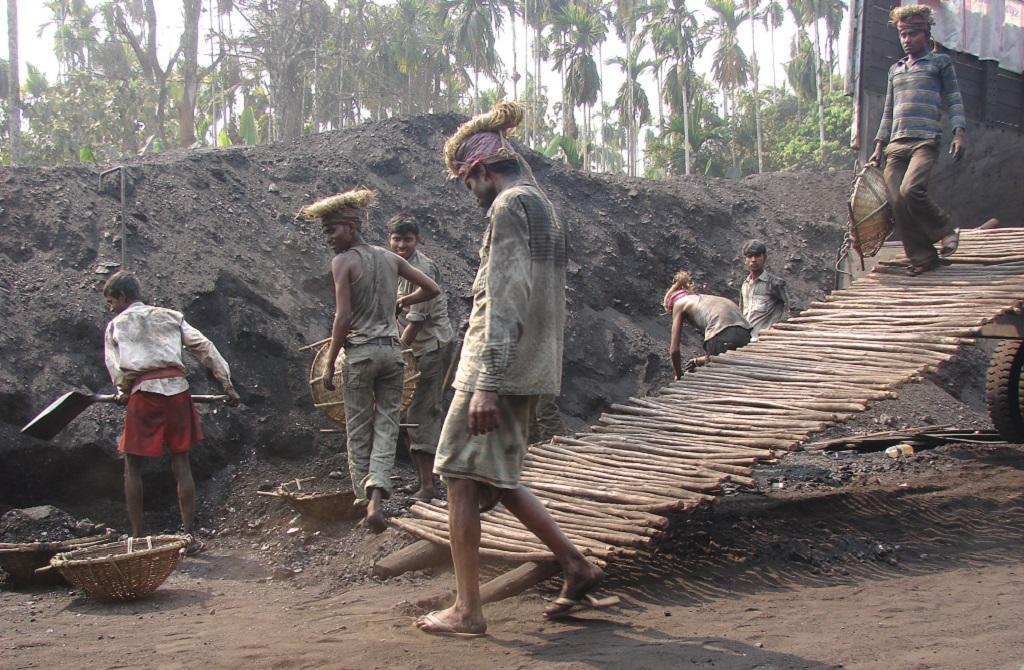 It is not just India that is suffering from a coal shortage and increasing incidence of power cuts. Fuel prices are escalating to new highs in the international market as energy demand rises in economies recovering from the novel coronavirus disease (COVID-19) pandemic. Bad weather in many places, including China, the largest producer of coal globally, is also to blame.

International Monetary Fund (IMF) chief economist Gita Gopinath said the spike in prices of not just coal but other fuels such as crude oil, was unlikely to fuel a 1970s-style oil crisis. It should retreat early next year, she told financial news platform Bloomberg.

The current inflation pressures are transitory and will revert by the middle of 2022, says IMF Chief Economist Gita Gopinath https://t.co/rPLt94MO8C pic.twitter.com/Wq7vpjiyZU

The crisis of fuel began in Europe a few months ago, with the prices of natural gas tripling. Natural gas contributes roughly 25 per cent of the energy needs of the continent.

The European Union (EU) gets most of its natural gas from Russia. Bad weather, decreased gas production, and political conflicts between Russia and the EU over Ukraine decreased the volume of gas being supplied, according to media reports.

A recent statement by the International Energy Agency stated that abnormal weather was also partly to be blame:

European prices also reflect broader global gas market dynamics. There were strong cold spells in east Asia and North America in the first quarter of 2021. They were followed by heatwaves in Asia and drought in various regions, including Brazil. All of these developments added to the upward trend in gas demand.

Change in price of natural gas 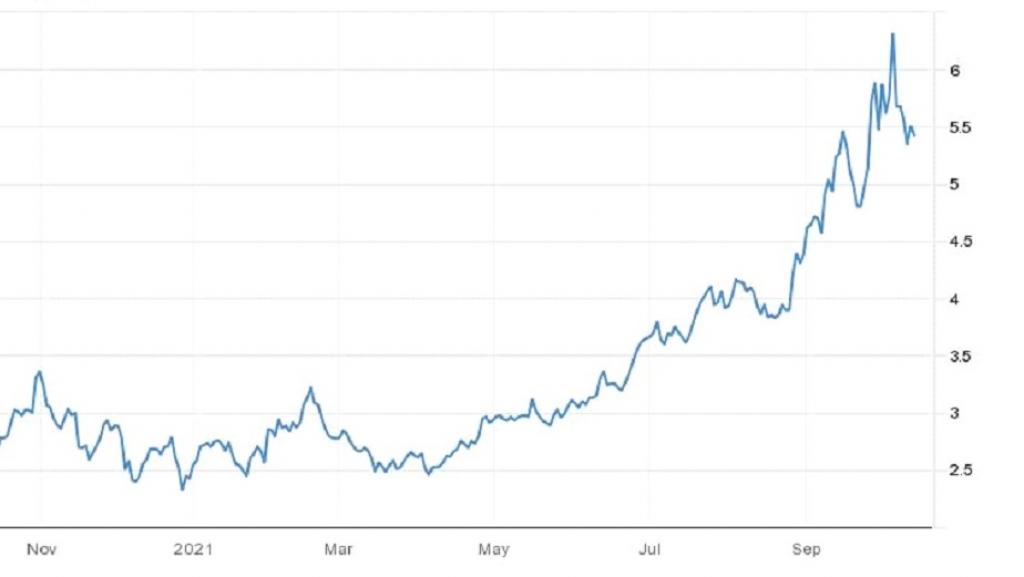 Governments in Europe and the United Kingdom are trying temporary relief measures to support consumers. For instance, the United Kingdom is considering lending money to energy-intensive industries to help them pay their power bills.

In Spain, where electricity prices have tripled since December, the government has declared a state of emergency to limit energy prices and corporate profits. France and Italy have agreed to make payments to the poorest households.

The EU executive is considering whether EU member states should purchase emergency gas supplies in bulk. However, countries disagree on whether joint procurement is necessary and any scheme is likely to be voluntary.

Kadri Simson, the EU’s energy commissioner, told The Guardian that gas prices would “gradually decrease” beginning in the spring.

Europeans shifted to oil after gas became scarce. As a result, oil prices have also risen.

Oil will likely remain under pressure and within several months, about 600,000 to 800,000 barrels a day could be used as a substitute for natural gas in Europe and Asia, where supplies are short. Oil can be substituted for electricity generation and in some manufacturing.

This surge in oil prices has driven petrol and diesel costs in India over the Rs 100 mark.

Change in price of gasoline 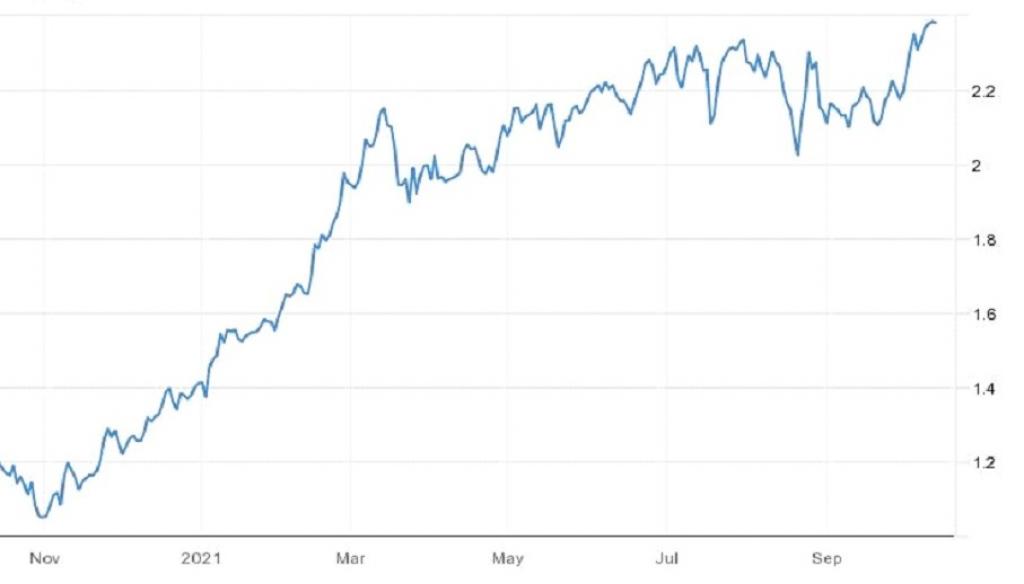 The increasing fuel prices are having a negative impact on developing economies. Power supply in Lebanon failed over the weekend. The two power stations supplying power to the country shut down, as they could not purchase expensive fuel from the market.

This has plunged the country into further difficulty. Lebanon is already beset with problems of economic collapse, political corruption and a deadly port explosion in Beirut last year.

There is also the ongoing shortage of coal, not just in India, but also in other parts of the world. Coal prices have quadrupled in the international market over the past six months. Reasons include rising demand due to economic recovery after COVID-19.

Change in price of coal 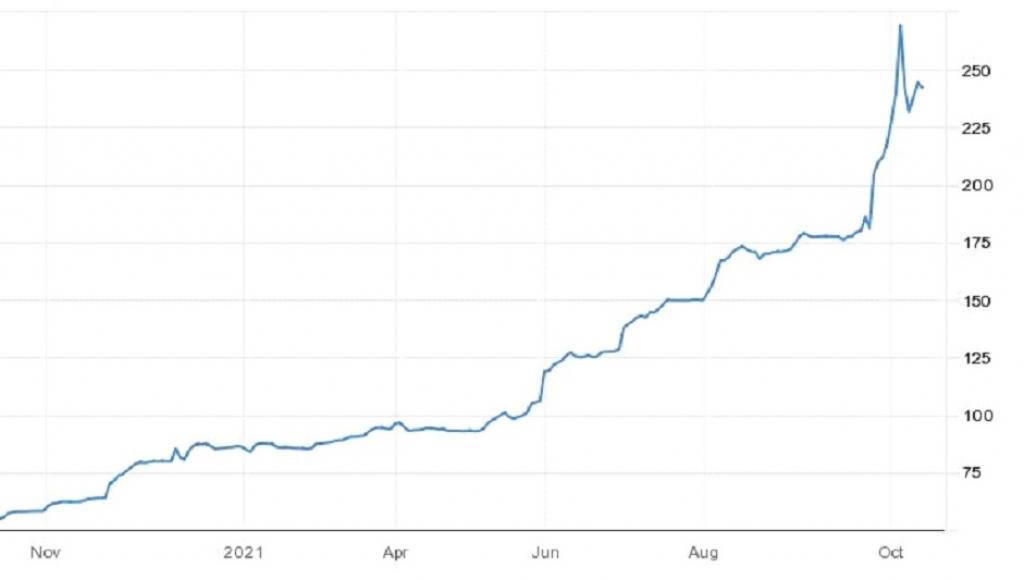 Another reason is the floods in China’s Shanxi province that produces 30 per cent of the country’s coal. China is the world’s largest coal producer and consumer.

Union Coal Minister Pralhad Joshi October 13, 2021 also blamed bad weather for the current shortage of coal. The southwest monsoon has had a delayed withdrawal this year and September was extremely rainy.

Due to rains, there was coal shortage, causing an increase in international prices- from Rs 60 per ton to Rs 190 per ton. Subsequently, imported coal power plants are either shut for 15-20 days or producing very less. This put pressure on domestic coal:Coal Minister Pralhad Joshi pic.twitter.com/ZksXNepTnw

“Coal shortages during the monsoon season are inevitable. Hence, analysing power demand with respect to monsoon patterns in the future can be one of the better options to avoid such a crisis,” Shantanu Dixit, group coordinator of the energy research ‘Prayas’ told Down To Earth.