Coal shortage: Centre may have tried to calm fears, but data suggests otherwise

There are a number of reasons as to why coal-powered thermal stations have reported a shortage of coal reserves, an analysis of data shows 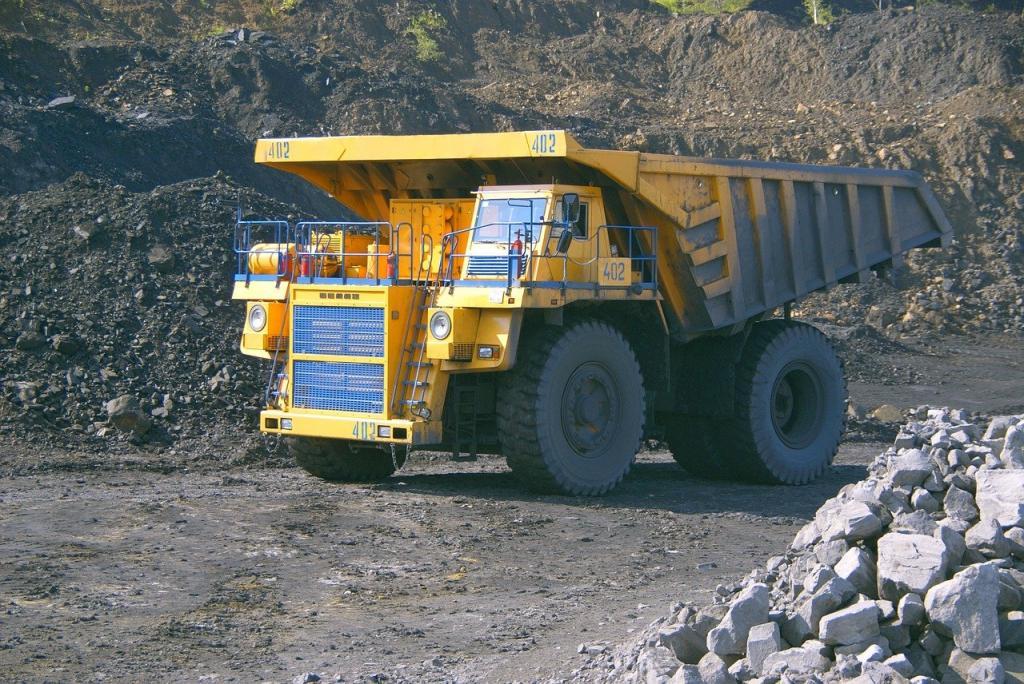 The availability of coal has been a concern in India for nearly a week now: A large part of India has entered the festival season amid a looming threat of blackouts even as farmers fear power cuts would affect irrigation at a crucial stage of the kharif season.

India is largely dependent on its 135 coal-fired power generation plants for electricity. Many of them are left with only a few day’s stock of coal, media reports have claimed.

In the national capital, a power utility has urged consumers to be “judicious” in their use of electricity. Several state governments have also taken up the matter with the Narendra Modi government at the Centre.

The lack of coal is being blamed in part on a spike in coal prices globally due to floods in China’s Shanxi province. China is the world’s largest producer of coal and Shanxi produces 30 per cent of China’s coal.

But even before that, prices had been on the rise as energy demand-supply channels struggled to cope up with rising demand after the novel coronavirus disease (COVID-19) lockdowns.

Data shows that the price of a tonne of coal has quadrupled during the past six months in international markets.

However, the situation on the ground and the Centre’s own data show otherwise. Several states including Punjab, Bihar and Rajasthan are facing power shortages.

But NTPC, the country’s largest power generator, has said it is in a comfortable position to generate electricity in the coming days.

However, it admitted that the excess stocks it maintained as reserves were in short supply. The NTPC said it was working to replenish these reserves and that such a shortage of reserves was a regular monsoon phenomenon.

Typically, coal-based thermal power stations keep coal stocks for power generation on their premises for 15-30 days, depending on their distance from mines. The Central Electricity Authority tracks this status of coal availability and puts a note on its website.

However, the agency stopped putting this detailed information post October 7, 2021. On that day, most of the power stations in the country had coal stocks only for six days.

Coal Stocks with power stations as on October 7, 2021

Most of these stations (nearly 40 per cent of the capacity) had then reported the non-availability of coal from mines as the reason for coal shortage.

Another 17 per cent had not paid their credits to purchase coal. The rest had entered into flexi coal supply deals with NTPC due to COVID-19 and the consequent decreased demand for power. Only seven per cent had reported transport constraints. 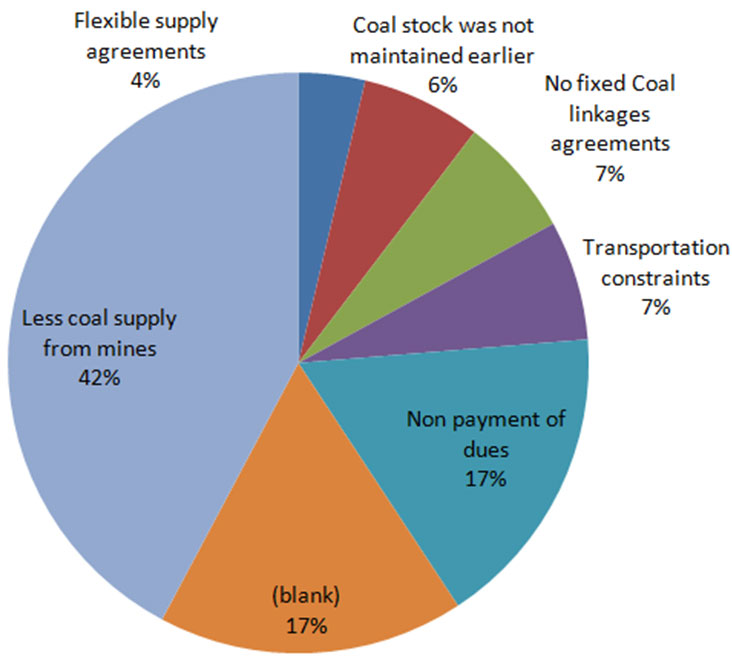 *blank means no reason given

In the current year, there has been 20 per cent more offtake of coal from mines compared to the first half of last year. Power stations have deliberately reduced the storage / stocking of coal on their premises to reduce the price of power. This has led to confusion.

He added that Coal India’s inventory was being questioned because of the mismanagement by power stations regarding their own respective inventories. Otherwise Coal India’s production had gone up by 5.8 per cent in the first half of this year.

“Some coal mines were flooded during the monsoon. But, CIL has been working to mine more,” Bhattacharya said.

Coal India Ltd has signed long-term power purchase agreements with power stations. If such contracts are not honoured, it might have to pay penalties. Earlier, it used to import coal and supply it to stations. However, now, since coal prices have quadrupled internationally, that is difficult.

Bhattacharya responded: “Power stations owe outstanding dues of Rs 20,000 crore to CIL. If these are not paid, CIL will not be liable to pay penalty on non-receipt of coal by power stations.”

According to the cabinet note submitted by the Union Ministry of Coal last month, coal production and offtake has stepped up this season.