Protestors were demonstrating against land forcibly acquired for plant 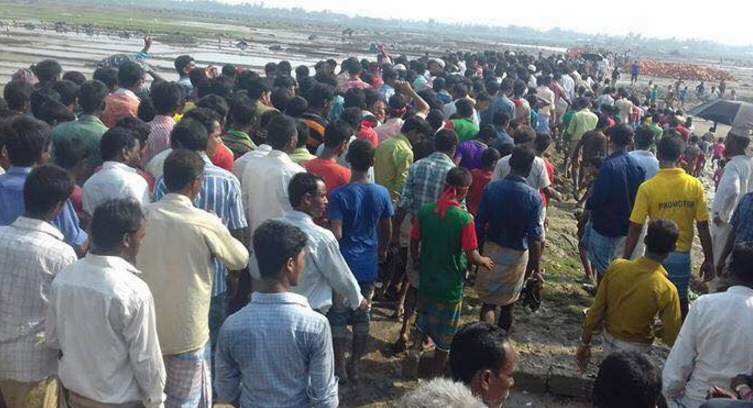 Four people were killed and scores injured when police opened fire on villagers protesting against a China-backed power plant in South-east Bangladesh recently.

Around 500 villagers had gathered in Gandamara, a remote coastal town in the Banshkhali subdistrict in the district of Chittagong, to protest against the construction of two units of a China-backed coal-fired power plant that they said would evict thousands from the area.

The 1320 MW coal plant is being built by the S Alam Group of Bangladesh with assistance from SEPCO, a Chinese company, on 242.811 hectares of land, most of which was forcefully acquired says the Climate Action Network. The plant is supposed to be operational by November 2019.

The local population had been resisting the project from the start. The resistance gained momentum last week. As a result of which police banned any assembly or marches in the area. But even as people peacefully mobilised, they were fired upon by police. Unconfirmed reports say 8 people are dead with many more injured.

Locals allege that the S Alam Group is acquiring land forcibly without any rehabilitation scheme for the residents of the area. According to a news report in Reuters, those villagers who were demonstrating against the plant were unhappy with the amount of compensation paid to them for land acquired for the $1.8 billion plant project while those in favour had accepted the settlement.

They claim that salt and shrimp farmers of Gondamara Union will go jobless once the power plant is up and running.

No consent of the environment department

The Dhaka-based Centre for Environmental and Geographic Information Services (CEGIS) has already completed the Environmental and Social Impact Assessment (EIA) study regarding the project and the report was submitted to the Bangladesh Department of Environment (DoE) on August 18, 2015 for approval. The DoE, however, has not yet given its consent over the EIA report.

The Chittagong plant is not the only one evoking protests from the people. In March 2016, hundreds of Bangladeshi activists set off on a 200 km march from Dhaka to the Sundarbans to protest against the $1.5 billion power plant near the world's largest mangrove forests which straddle both Bangladesh and India.

The protests against the proposed power plant in the southern Bangladesh province of Khulna have forced the postponement of government plans to build a coal-fired power station near the world's biggest mangrove swamp.

Coal is the cheapest option to provide energy to Bangladesh's population of 160 million, a third of which has no access to electricity and so, the Bangladesh government has a plan to set up a series of coal-fired power projects to generate 20,000 MW of electricity by 2030.