Gujarat villages need subsidy for biogas. But there's no one to pay 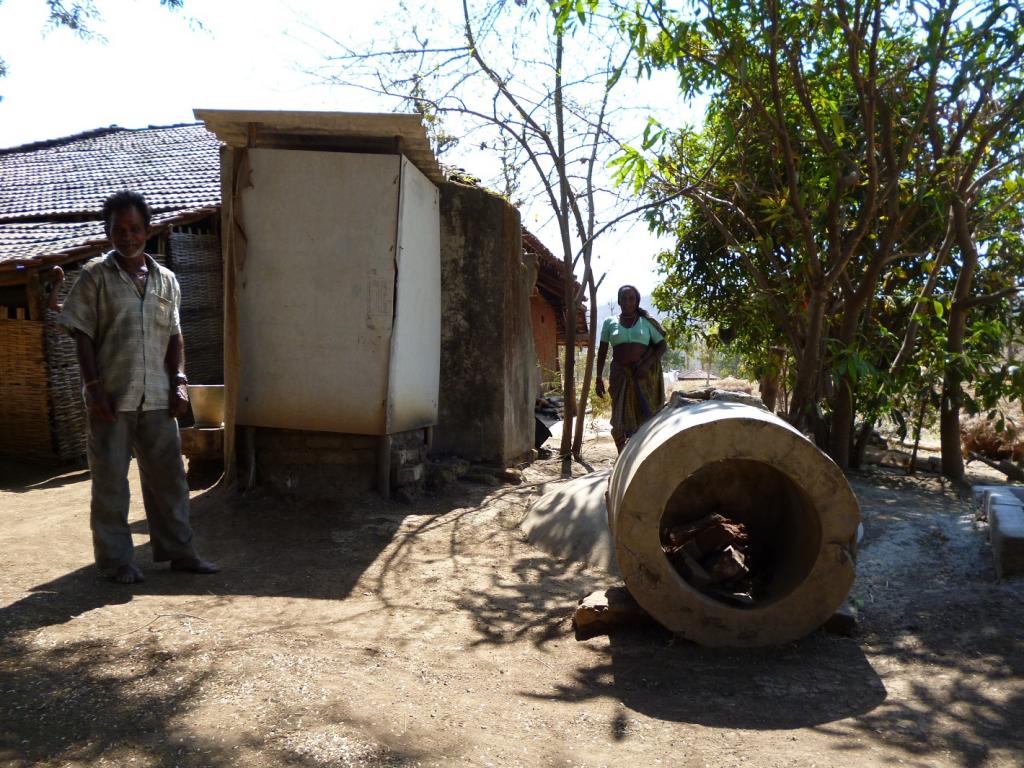 Subsidies for construction of biogas plants have not been distributed in Gujarat in the last one-and-a-hald years despite strong demand from households for the green fuel.

Subsidised organisations, which used to provide technical knowhow to people on how to construct the plants, said they have hundreds of pending requests but no nodal agency has responded.

The National Biogas and Manure Management Programme is a central scheme under the Ministry of New and Renewable Energy (MNRE) and provides for setting up of family-type biogas plants, mainly for rural and semi-urban households.

A family-type biogas plant generates biogas from organic substances such as cattle dung and other bio-degradable materials such as biomass from farms, gardens, kitchens and night soil wastes, etc, and provides clean and economic fuel for cooking and lighting.

A large section of Gujarat’s rural population is engaged in agriculture, animal husbandry and dairy, and the installation of biogas plants caught up as a practice in the 1980s. However, that momentum is now lost.

For example, in Valsad district in south Gujarat, the number of biogas plants being constructed plummeted to around 150 a year since 2016-17 from 600-700 earlier due to lack of funds.

Where stops the buck

The MNRE still lists GAIC as the implementing agency for the project in the state. Officials of the corporation, however, said they stopped implementing it in 2017 and have informed the Centre.

So whose responsibility is it now? Nobody — including officers of various state departments — seems to have a clear idea. GAIC officials at various districts said it "must be with" Gramin Vikas Agency under District Rural Development Agency (DRDA).

“We are not looking after it”. said AR Singh, director, DRDA, Ahmadabad, Similar responses came from officials of the agriculture, energy and animal husbandry departments.

“The officers who were looking after this project in GAIC retired in 2017 and since then implementation stopped. We have contacted the current officials several times to restart it, but they say they have other work related to agriculture under their jurisdiction and they don’t have much staff,” said Rangi Khengar, development consultant, FINISH Society — which helped install biogas plants in villages of Valsad district along with Vasudhara Milk Cooperative.

In Valsad and Navsari districts, the project is being run by the dairy cooperative and organisations like FINISH Society. In these two districts alone, there are around 800 requests from households for constructing such units, currently pending with the milk cooperative.

The subsidy amount was around Rs 18,000 when it was stopped. However, the cost of constructing a biogas plant comes to around Rs 28,000. The dairy gives loans for rest of the amount.

While earlier, the dairy was giving Rs 6,000 as interest-free loan over and above the subsidy amount, or in the form of bridge financing (until government subsidies are released), it now provides Rs 25,000 loan on a nine per cent interest rate to be paid in installments in two years to those who wish to get these plants but don’t want to wait for the subsidy.

“Neither Gujarat Agro, MNRE nor anyone else has any idea on when it will start again. We heard that MNRE might give the project to National Dairy Development Board but no formal order has come yet,” said Sureshbhai N Desai of Vasudhara Dairy, which has been a pioneer in biogas since 1994 in the area and had a Memorandum of Understanding (MoU) with GAIC to implement the project till 2017.