Around 70 gigawatt of solar power was added in 2016, taking the total global power capacity from solar sector to nearly 300 gigawatt 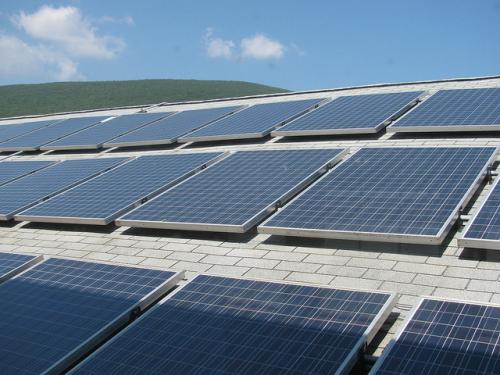 A report overviewing the solar sector shows positive trends in the industry based on higher solar production than ever before.

In 2016, 70 gigawatt (GW) of solar power capacity was added, breaking previous year’s record of 50 GW. The capacity added takes the global solar power generation to nearly 300 GW. The report says that solar costs are now so low that industrial-scale solar plants are providing cheaper power than new fossil and nuclear power. Electricity prices from new coal power stations could rise to Australian $160 per megawatt hour, while solar parks are around $110 per megawatt hour, the report claims.

China has taken the lead in solar power addition with 34.2 GW capacity added in 2016. It was followed by United States that added 13 GW and Japan with 10.5 GW more solar capacity. The solar sector employs 2.8 million people globally, outnumbering coal jobs, as per the report. In the United States, solar now provides twice as many jobs as coal.

Solar costs have fallen by 58 per cent between 2010 and 2015. They are forecast to fall further by 40-70 per cent by 2040. The falling costs will continue to drive solar PV installations every year.

Solar PV is making a significant contribution to reducing global greenhouse gas emissions, avoiding emissions of between 200-300 metric tonnes of CO2 per year. To give a scale, the report says that it is equal to three-fourths of the total emissions by Australia.

The report points out that Australia is the world leader in household-generated solar power. Large-scale solar PV installations are already taking off in Australia on airports, mines, healthcare facilities and businesses.

India, too, is witnessing growth of solar and larger solar power plants, the government still does not give up its plans on new coal and nuclear power plants. It is also home to the world’s largest solar plant, with the capacity of 648 megawatt power. While the reports of brighten the renewable energy future of India, the government argues that nuclear and coal-based energy are indispensable for the power supply base load. A study recently also claimed that it is possible to power India entirely from renewable by 2030.