Investments in the energy sector in India have seen the highest growth in the world, according to 4th Annual World Energy Investment (WEI) report by the International Energy Agency (IEA) published on May 14, 2019. The investments grew at a record 12 per cent during 2015 to 2018, to around $85 billion.

China and United States continued to be the top investors, but investments in China have been on a negative growth trajectory. United States accounted for most growth in energy supply investment this decade. India had the second largest jump in investment after the United States. 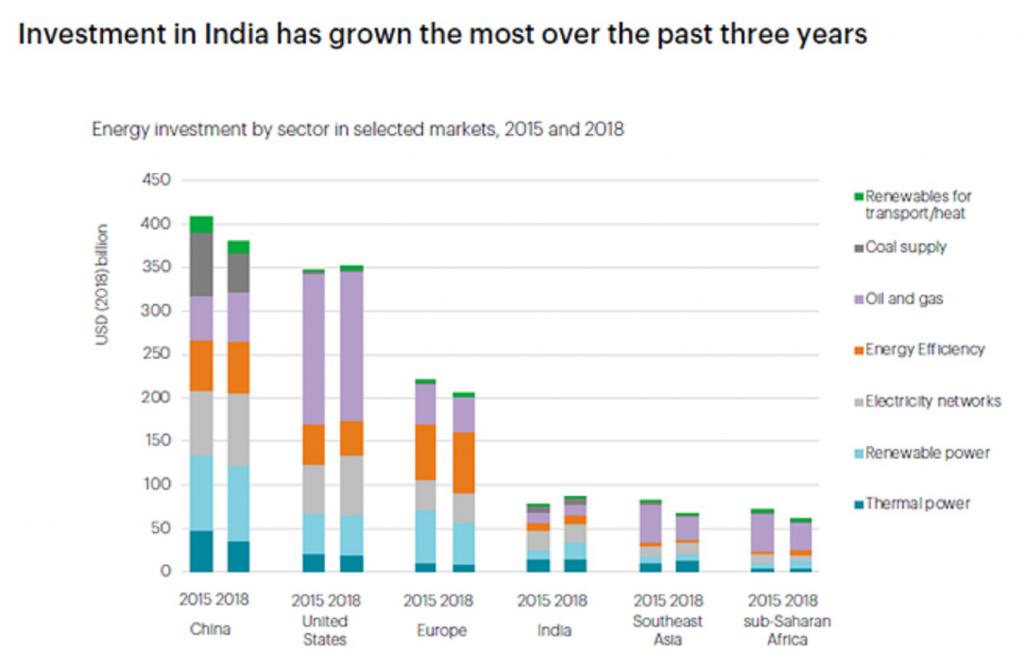 Capital spending on oil, gas and coal supply has increased, counter-balancing the stalled investments for energy efficiency and renewables. The report calls it as a “clear signals of a growing mismatch between current trends and the paths to meeting the Paris Agreement and other sustainable development goals.” 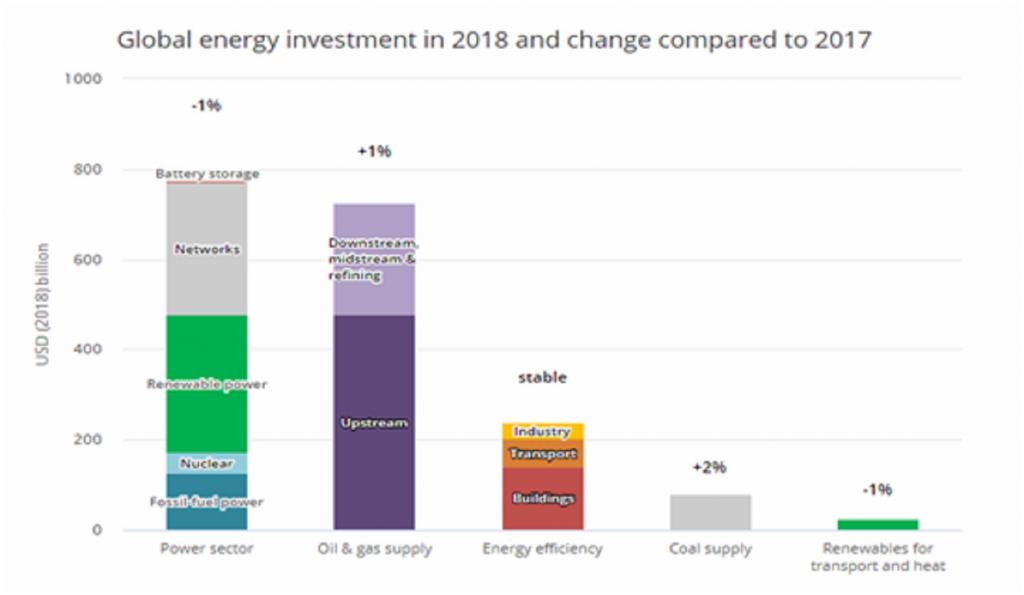 “Current investment trends show the need for bolder decisions required to make the energy system more sustainable. Government leadership is critical to reduce risks for investors in the emerging sectors that urgently need more capital to get the world on the right track,” said Fatih Birol, executive director, IEA.

The spending in Research, development and demonstration has increased in absolute numbers but this increase is not proportional to the GDP growth of the nations.

In 2018, India was the fourth-largest destination for power sector investment. The report highlights that for three straight years, spending in renewable sector exceeded that for fossil fuel-based power, due to government schemes supporting solar PV and wind, while there has been uncertain financial attractiveness for new coal power.

Yet the coal supply investment grew by 5 per cent in 2018. The grid investment increased by 4 per cent led by transmission, while the distribution did not see any significant growth during the same period. 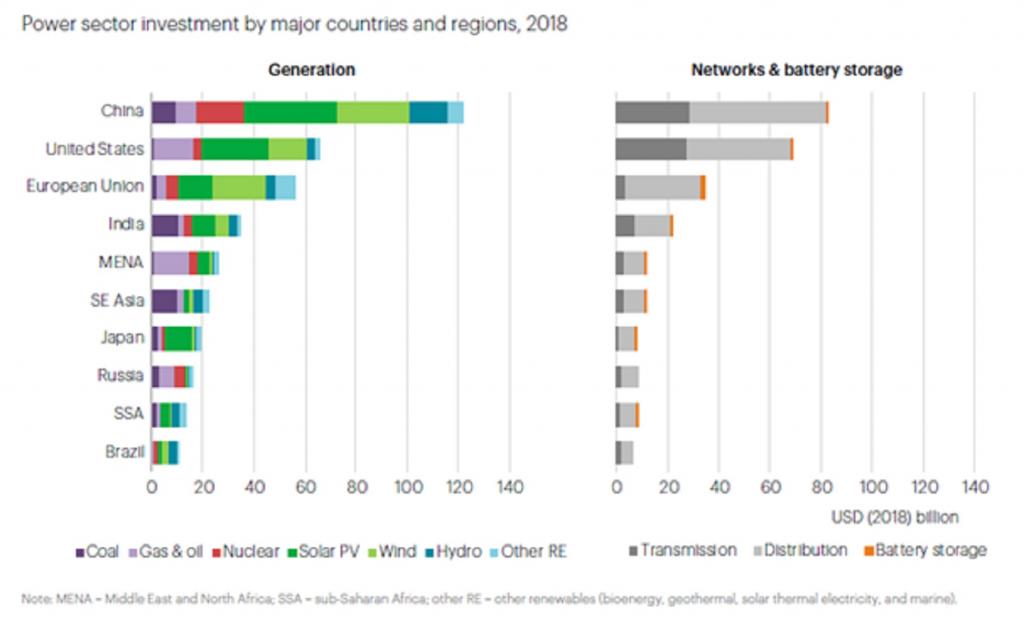 The other sub-sectors which have experienced a growth in investment are — digital grid technologies (10 per cent to $35 billion), EV charging stations (60 per cent to over $3 billon). Largest investments — 45 per cent — have been done for traditional equipment. Private credit for the energy sector has also substantially increased in recent years.

The report gives credit to “modernisation of industrial facilities coupled with strong mandatory government policy, through the Perform, Achieve, Trade (PAT) Scheme” for India’s increasing role in the Asia and Pacific region as the source for industrial energy efficiency investment.

Call for the future

The report underscored the need for increase in the energy supply investments under both New Policies Scenario (NPS) as well as Sustainable Development Scenario (SDS). For this, a major capital reallocation would be needed to meet sustainability goals across all the regions to support energy transitions, particularly in low-carbon sources.