By taking a leaf out of how plants produce energy, we must combine hydrogen with carbon to produce artificial fossil fuels

By Shannon A. Bonke 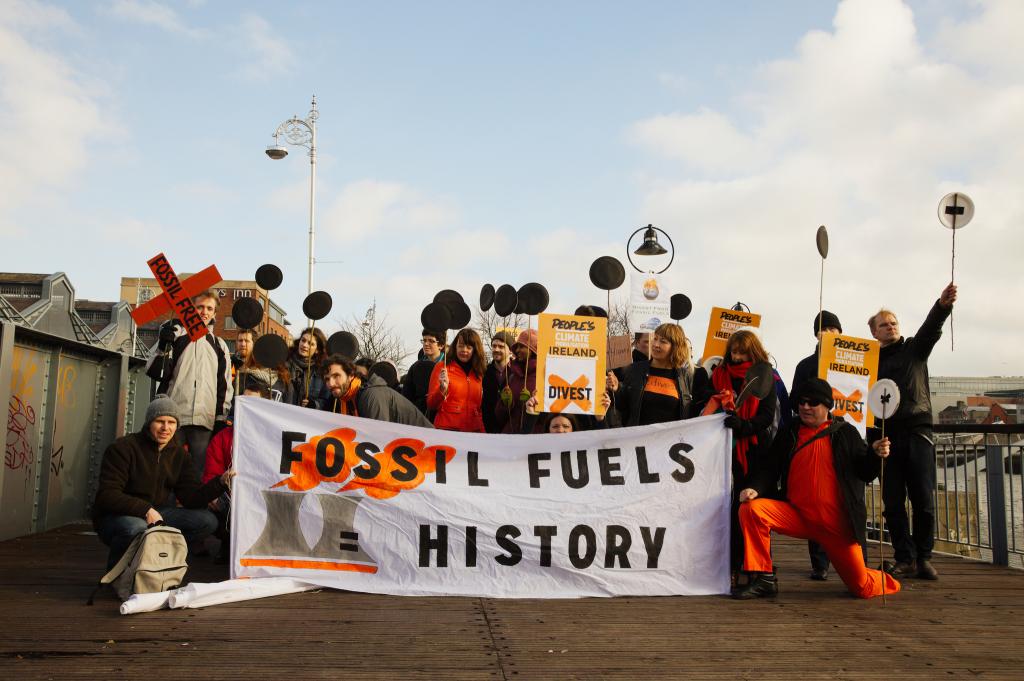 Humanity must be ready for fossil fuels to run out. Credit: Trocaire / Flicker

When we burn a fossil fuel – coal, oil or gas – it produces energy that we use, and byproducts such as water and carbon dioxide. It’s the CO₂ that’s proving to be a problem – humans have increased the amount of it in the atmosphere by about 40%, causing the planet to warm by around 1℃ so far. This means we must act quickly, given that the Paris Agreement aims to limit temperature increases to 1.5℃.

The desire for sustainable, low-carbon energy is driving a global boom in renewable energy. But alternative energy sources – particularly wind and solar – come with their own challenges.

What if, instead of burning ancient fossils fuels, we could put the ingredients back together to reassemble the fuel? If we could do so using sustainably sourced energy, we would have a clean, and potentially infinite, fuel supply.

It sounds mad, but actually scientists have made significant advances in recent years. And surprisingly, they are doing so by imitating plants.

The amount of solar energy striking the Earth is 5,000 times greater than human demand (around 100,000 terawatts versus 20 terawatts). One problem with solar energy is its reliability. Solar cells don’t produce energy at night or when the sun isn’t shining. This can be fixed by storing solar energy, with the help of several emerging storage technologies.

But we could also use the energy to produce other fuels, which we can burn later to provide a predictable and constant power supply. If we are using solar energy, this process forms a closed, sustainable cycle.

A large amount of research is being carried out in this area, known as artificial photosynthesis. Photosynthesis is the process carried out by plants to store solar energy, indirectly creating fossil fuels, so the name reflects humanity’s attempts to mimic nature.

The electrical energy provided by solar cells can be used to split water and produce a fuel, hydrogen. When hydrogen is burned, water is formed and energy is released. Water is the only byproduct.

Researchers across the globe are working on this process, and recent developments have shown how to make it more efficient. My recent work has reached 22% efficiency, which is double the predicted values for the process to become viable.

But a gaseous fuel does present practical handling problems. So hydrogen is easier to store than electrical energy, but it’s not our ideal fuel.

Liquid fuels are preferable, because existing fuel pumps, cars and coal power stations would need only minor changes in order to use these carbon-based non-fossil fuels.

Taking inspiration from photosynthesis again, the next step is clear: combine hydrogen with carbon to produce artificial fossil fuels. Work to make this process efficient is already under way across the globe, with impressive results.

The efficiency isn’t as high as for hydrogen yet, but progress is impressive. Liquid fuels are being produced with the systems working more efficiently than plants.

This concept provides a supply of fuel that is limited only by the Sun. It does use carbon-based fuels, but is overall carbon-neutral. All of the carbon dioxide produced when burning the fuel will be used to produce fuel again, by collecting the carbon dioxide from the atmosphere to react with hydrogen.

All of the water being split to make the hydrogen will be released as water vapour when the fuel is burned, and will eventually become rain.

Humanity must be ready for fossil fuels to run out, and because the move away from fossil fuels must happen eventually, it would be wise to focus on researching the necessary technology to allow for a smooth transition so that society is ready.

Fossil fuels are finite, but solar energy is almost infinite, and typically things that are very abundant end up being very cheap.

So can this really work? Well, this process has been carried out for more than 3 billion years. There is literally nothing more extensively tested!

Shannon A. Bonke, Doctoral Researcher in the School of Chemistry, Monash University