Maharashtra expands EV subsidies — but with a deadline 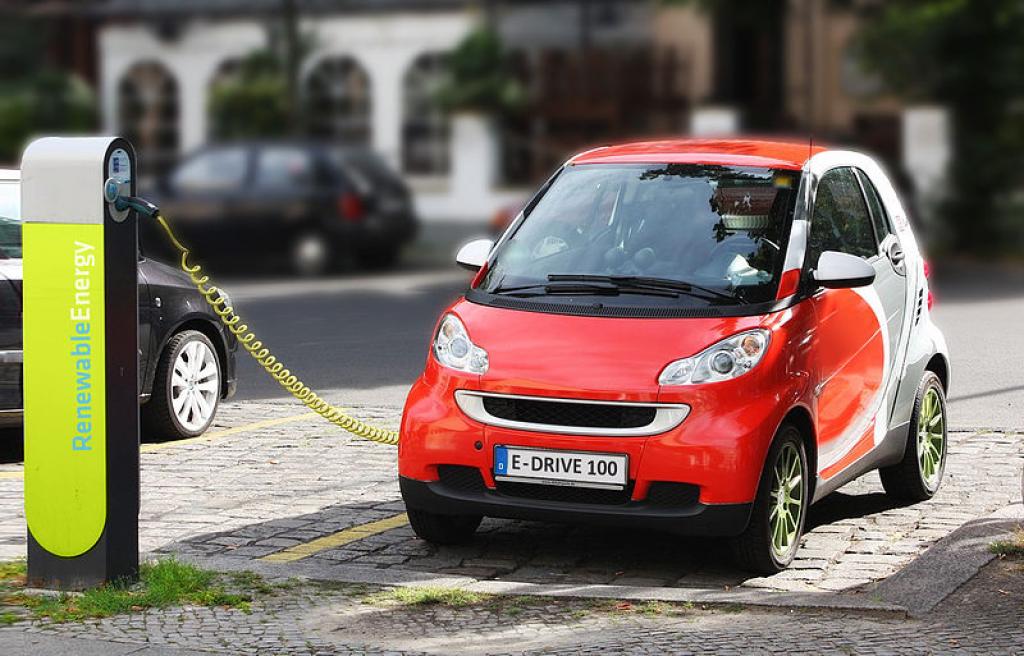 The economics of buying electric vehicles (EV) in Maharashtra is set to improve significantly: Electric vehicle buyers in the state can win additional incentives of Rs 5,000 per kilowatt / hour of battery capacity over and above the existing incentives offered by the central government, according to a recent update to the state’s EV policy.

The incentive, however, would be offered only up till December 31, 2021. The policy was announced by Maharashtra environment minister Aditya Thackeray July 13, 2021.

For an electric two-wheeler with a 3kWh battery, the incentives add up Rs 30,000 per kWh following the recent amendment in the phase two of Faster Adoption and Manufacturing of Hybrid and Electric Vehicles (FAME II) incentives.

Scrapping an old vehicle could win the buyer Rs 7,000. Manufacturers offering a minimum five-year warranty on the battery and a buyback scheme will be eligible for another Rs 12,000, bringing the maximum subsidy for a buyer to Rs 49,000.

In addition, electric vehicles in the state will be exempted from road tax and registration fees which will further boost customer savings.

All incentives will be disbursed directly to vehicle manufacturers, so that buyers can avoid coordinating with government offices to receive the same. Electric two-wheelers sold without a battery, however, are eligible for only 50 per cent of the full incentive.

The revised EV policy is armed with a budgetary war chest of Rs 930 crore and is aimed at realising the state’s ambition to have 10 per cent EVs among new vehicle registrations by 2025. Segment wise, this translates into 10 per cent of two-wheelers; 20 per cent of three-wheelers; and 5 per cent of four-wheelers by 2025.

Among other targets set by the policy is 25 per cent electrification of public transport and last-mile delivery vehicles. This will include 15 per cent of Maharashtra State Road Transport Corporation buses. 100 per cent of all new government vehicles will be electric from April 2022.

The state government will start with key cities Mumbai, Pune, Aurangabad, Amravati, Nashik and Nagpur to roll out the package.

Nagpur was the base for an EV experiment by Ola Electric in 2017, wherein the taxi aggregator ran a pilot project with an electric fleet of e-cabs and e-rickshaws, running for over 7.5 million clean kilometres. The study concluded that the total cost of ownership (TCO) in a commercial use-case scenario at the end of four years — or 180,000 kms for an electric vehicle running at special tariff proposed in the state EV policy — was Rs 11.5 per km.

The TCO for a cab running on compressed natural gas was Rs 8 per km. This means that a reduction in TCO with incentive support could have an impact on fleet operators’ EV orders.

The state EV policy revision in 2021 pays close attention to reducing TCO with demand-side incentives and charging infrastructure. In comparison, the 2018 version of the policy was largely supply focused with support schemes for manufacturers.

For a state that bought the largest number of EVs in the country since FAME incentives were rolled out in 2015 (see graph below), the new policy effectively addresses gaps in policy design that are focused on demand creation. 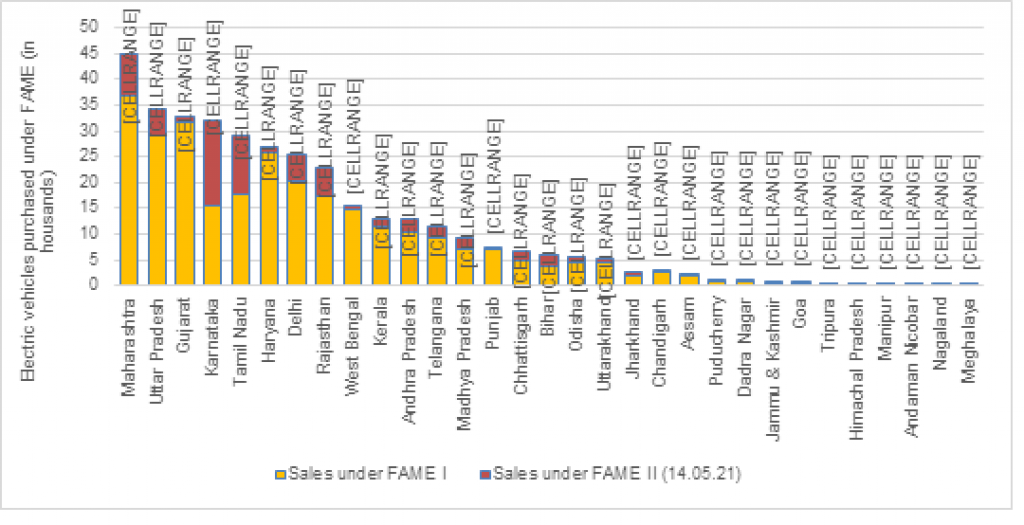 Incentives for charging stations include Rs 10,000 per slow charger and Rs 500,000 for fast charger. Besides, urban local bodies will be encouraged to make provision for property tax rebates to residential owners to set up private charging points and real-estate developers directed to mandatorily offer EV parking.

According to the mandate, residential locations will offer 20 per cent EV parking, 25 per cent institutional and commercial complexes and 100 per cent government offices respectively.

But a subsidy plan needs to be squared with a financing plan to sustain the support package during the policy timeframe. The Maharashtra government plans to fund the subsidy package with green tax levied on re-registration of old vehicles and fuel cess.

The incentives offered for both the demand and supply side will accelerate the adoption and the manufacturing of EVs in the state. However, the early bird incentives can only jump-start the market during the festival season and will likely be difficult to sustain EV sales volumes once rolled back in January 2022.