Farmers have not used the pumps which were installed during drought years; they could also have ruined the area’s water table

Delhi-based non-profit Centre for Science and Environment (CSE) has conducted a survey to show that a scheme started by the Maharashtra government to supply solar irrigation pumps to farmers in the Vidarbha region is not working.

The state government has targeted the deployment of 1,00,000 off-grid solar powered agricultural pumps in a phased manner under this scheme within three years starting from January 1, 2019.

The state government is promoting off-grid solar pumps as a remedy for low irrigation levels and the poor state of electricity by providing a subsidy of up to 95 per cent. By 2018-19, the total number of installed solar pumps in the state were a little over 4,000. 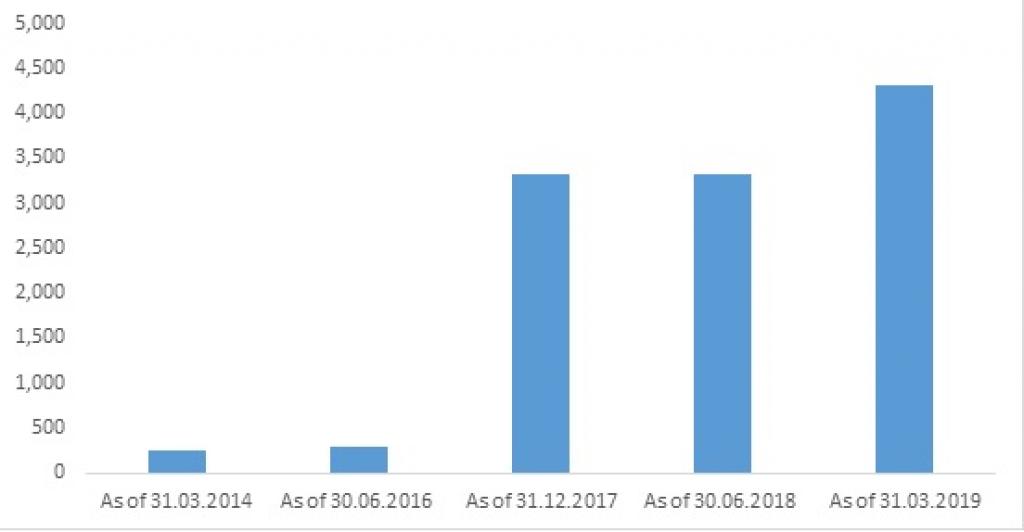 Solar pumps are also nationally promoted under the central government’s Kisan Urja Suraksha Evam Utthaan Mahabhiyan scheme. The scheme aims at large-scale deployment of solar pumps with a target to add a solar capacity of 25,750 MW by 2022.

However, according to the survey of beneficiaries of solar pumps in the Buldhana district in Vidarbha conducted by CSE during April 2019, despite the benefits of solar pumps, these were grossly under-utilised in the area. In fact, the survey revealed that the number of hours for irrigation actually decreased after the use of solar pumps, from nearly 800 hours to about 600 hours.

According to CSE, this is an indication that regardless of having an almost free source of electricity, farmers are unable to use it to the extent they were using their previous source. The reason for this is because of plummeting water levels.

Most of the solar pumps in the area have been installed during 3-4 years and the rainfall has been scarce during this time, resulting in water issues. Therefore, farmers have little or no water for irrigation. This defeats the government’s intent of providing farmers with assured irrigation with the solar pumps as the farmers in the region are reeling under severe problems due to water scarcity and recurring droughts.

On the flipside, providing a source of electricity with no incremental cost tends to have a negative effect on the water table.

Both facts coupled undermine the whole idea of providing farmers energy and water security with the off-grid solar pumps. Therefore, it just increases the burden on the state exchequer with very little benefit to farmers. And the government’s effort to alleviate the pain of farmers actually has had limited consequences. Therefore, the state government should take into account regional factors to ensure the optimum use of resources.