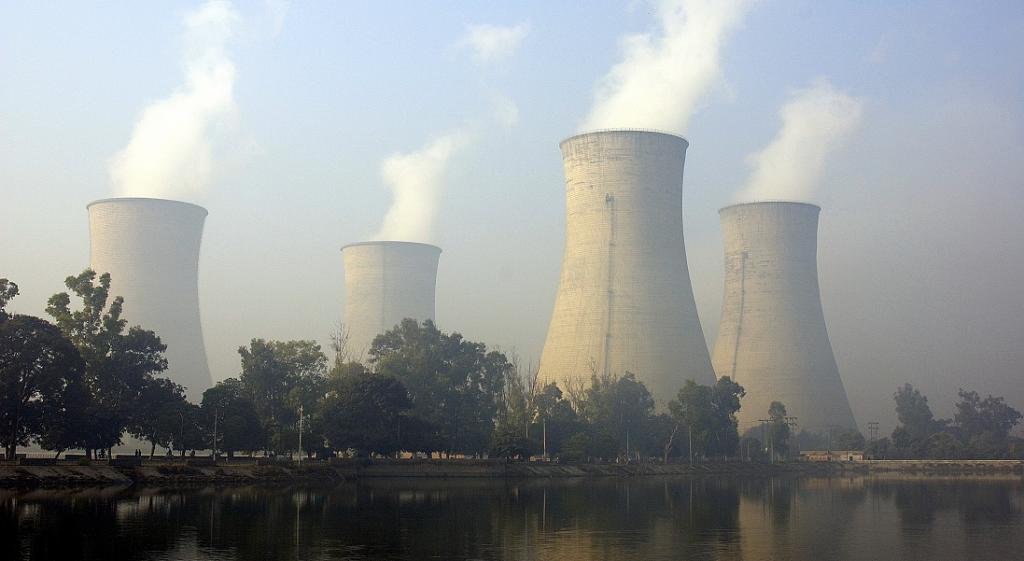 The closure of old government power stations in Bathinda, seen in the photo and Ropar have escalated Punjab's power crisis. Photo: Wikimedia Commons

The power crisis in Punjab will not improve unless there is a drop in the state’s electricity demand, officials have said.

“The electricity situation is unlikely to improve until the rains come and there is a subsequent electricity demand drop in the state,” Narinder Mehta, officer on special duty to the Secretary (Power), Punjab State Power Corp Ltd (PSPCL), said.

Demand management by organised power cuts was the only option left until interstate transmission projects were executed, he added.

The state has been reeling under an acute electricity shortage since the beginning of summer this year. The government has passed orders to curtail use of air conditioners between 8 am and 2 pm in government offices. It has also planned electricity shutdowns for residents and electricity holidays to industries.

Ashok Yadav, senior executive engineer with PSPCL said the sudden electricity shortage had arisen due to high demand that couldn’t be met in the present electricity generation and distribution scenario.

Engineers’ associations and opposition parties in the state have blamed unfavourable long-term deals signed with power stations as a reason for the electricity shortage.

In 2009 and 2010, the Akali Dal government had approved power purchase agreements (PPAs) for 25 years with the super critical power plants such as the 1,400 MW Rajpura and 1,918 MW Talwandi Sabo power plants. The government is paying the plants even while they are not in operation in line with the agreement. This agreement is favorable to the generators.

The government has been incurring losses as a result of these agreements, he said.

Singh noted that the availability of power to Punjab had reduced this year due to reduced water level in the hydroelectric power reservoirs at Bhakra, Pong dam and Ranjit Sagar dam.

“The government is not in a position to make up the loss of this cheap electricity from the open market. This, along with the closure of old government power stations in Bathinda and Ropar, has escalated this issue,” he said.

Amarjit Singh, an Aam Admi Party member of the legislative assembly, said: “The present government should cancel long-term PPAs with private power plants in the state, particularly those of high cost, get outstanding dues settled and let the discoms be run on profits.”

His party has promised to provide 300 units of free electricity to Punjab households if it comes to power after next year’s state elections.

According to the MERIT India portal run by the Union Ministry of Power, Punjab has its own generation facility of about 3,500 MW. The remaining demand is sourced from neighboring states through inter-state transmission lines from the Central grid.

Punjab’s private power station deny any unfavourable deals. Aditya Pyasi, head of corporate strategy (Aluminum & Power), Vedanta Resources Ltd said: “The cost of coal is high. Also, there is shortage of sufficient coal transport which is a hurdle. For a healthy system, transmission constraints should be addressed.”

Vedanta’s power station has three units of electricity generators of which two are running and one is under maintenance.

Punjab now will have to look for more reliable and cheaper source of power to meet its demand. Soundaram Ramanathan, deputy programme manager, Centre for Science and Environment, said deficits were happening in the summer months. Bringing coal or relying on any fossil fuel for electricity was expensive.

Punjab, she said, will now have to work on meeting these deficits through renewables, particularly rooftop solar, that can be both, cost-effective and reliable since the generation will be within the state, while planning the inter-state transmission lines.