Six hundred million people in Africa do not have access to electricity. But things are poised to change in the coming decades with a steady rise in investments in renewable energy 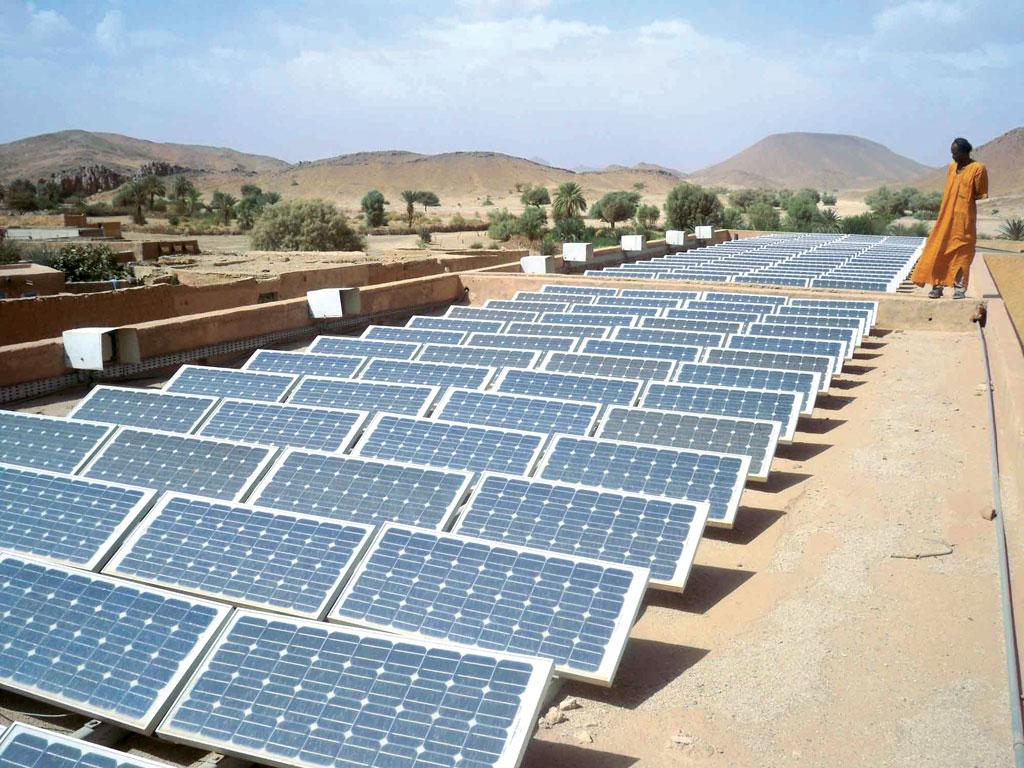 Janet Musyoka is a fuel pump operator at a remote shopping centre some 100 kilometres from Nairobi, Kenya. Till 2015, she had to store the fuel above the ground and dispense it manually as there was no electricity to pump it up from underground storage tanks. This was dangerous as the fuel could easily catch fire due to stray sparks. Musyoka would keep applying for a power connection from national utility company Kenya Power, but was often dissuaded by the quotations of over US $5,000 for setting up the power lines.

Things changed that year when a UK electricity mini-grid company, Steama Co, set up a solar energy generation unit, storing the energy in batteries and distributing it through a micro-grid to more than 100 customers around the trading centre. Electricity now allows Musyoka to use a modern fuel pump to dispense fuel, making her work less cumbersome and turning it into a thriving enterprise.

Musyoka represented an estimated 600 million people in Africa who do not have access to electricity. The continent faces a grave energy crisis: only 32 per cent of the population in sub-Saharan Africa has access to electricity. In urban areas, around 63 per cent of people have electricity, but in rural areas, the number stands at only 19 per cent. Most of the electricity generated in the continent comes from fossil fuels. Given the shortcomings in electricity availability and access, experts have now started looking at renewable energy as the way forward.

Estimates by International Renewable Energy Agency (IRENA) indicate that half of Africa’s energy will come from renewable sources by 2030. Africa has the potential to produce a massive 330 gigawatts (GW) of power from renewable sources, which is waiting to be commercially “harvested”, says IRENA Director General Adnan Amin.

Amin sees a “solar revolution”—with a scale and effect similar to that of the mobile phone revolution—beginning to sweep across Africa. “With new technologies coming up every day and the cost of solar power equipment falling, Africa has the golden opportunity to ensure that more of its people now access power,” he says.

Countries in East Africa, including Kenya and Tanzania, have jumped on the renewables bandwagon and announced incentives to encourage investment in solar power solutions. Kenya also has low or no duties on solar components and has set competitive feed-in tariffs for investors who sell power to national electricity distribution utilities. A third of the country’s population, according to Kenya’s minister for energy and petroleum, Charles Keter, lives in remote northern and southern parts of the country, away from the main power grid which serves only a third of the total area of the country. “To achieve universal energy access by 2020, we are building solar mini-grids in these areas. Currently, we are generating 24 MW from the grids which will increase in the coming year when the construction of 11 more is complete,” Keter tells Down To Earth. “We realise that we cannot extend coverage to about 5.5 million people in underserved remote areas without making use of our abundant God-given solar power resource, which is cheaper and sustainable in the long term.” Solar photovoltaic (PV) systems for homes now provide electricity for as little as $56 a year. This cost is lower than that of diesel- or kerosene-based lighting solutions.

Kenya is also building a 320-MW wind power plant near Lake Turkana, East Africa’s most saline lake which sees consistently strong winds due to daily temperature changes in the region. It will start generating power this year and is being constructed at a cost of $700 million. Among other sources of renewable energy, Kenya now gets more than 500 MW from geothermal energy. This, Keter says, has led to a tariff reduction of up to 30 per cent for consumers.

The potential for generating electricity from renewables is massive. For instance, less than 10 per cent of Africa’s hydropower potential has been used. The scope for using geothermal and solar energy is extensive, especially in the Eastern Africa Rift Valley where volcanic and tectonic activity makes it a good source of geo-thermal energy. Overall, the continent needs an additional 250 GW in the next 10 years to meet the growing demand, according to IRENA. This is not as simple as it sounds. “Fossil fuels are currently the main source of energy for millions, including thermal electricity and kerosene for the very poor with a heavy cost to the economy, health and environment,” says Rachel Kyte, UN Secretary General Special Representative for Sustainable Energy for All. In oil-producing countries such as Nigeria, Gabon and Angola, diesel is subsidised, making it easy for households to own power generators to secure them-selves against power outages and shortages. This is coupled with a lack of policies to encourage investment in renewable energy.

But there are some positive developments too. Nigeria, one of the biggest oil producers and users of diesel-powered electricity in Africa, has asked IRENA for help with exploring renewable energy alternatives to solve the country’s perennial power problems. Investments in renewables have grown to over $7.1 billion in 2015 alone, with South Africa leading the way with $4.5 billion, followed by Morocco with $2 billion, and Kenya with $357 million. On March 21, French Development Agency, the main implementing agency for France’s official development programmes, and the European Union unveiled the “African Renewable Energy Scale-Up facility” with around US $25 million to boost private sector investment in on-grid and off-grid renewable energy production. Many countries have also adopted their National Renewable Energy Action Plans, policies to meet their energy targets.

This shift to renewables will nudge countries towards their United Nations Sustainable Development Goal of providing affordable and sustainable energy access to all. “Renewable energy in Africa makes a good business case as it is stable, cheaper, quicker and more sustainable to exploit,” Amin says. However, Kyte cautions governments against the sudden withdrawal of fuel subsidies to finance investment in renewables as such a move can cause the prices of fuels and kerosene for cooking to shoot up, affecting vulnerable populations. The key lies in a steady and well-planned switch to renewable energy.