Rewind 2018: Was renewable energy in power?

Here are the major policies framed, studies conducted and steps taken in the last year to boost use of renewable energy in India

While global reports praised India’s progress for renewable energy investments, the year has not been very good for the green sources of energy here. Investors found that the sector is generating both less power and less financial returns than they had expected. Also, the government’s performance when it comes to solar energy was lagging, found a parliamentary panel on energy.

It’s not all bad though. Diu, Delhi and Mumbai set benchmarks on utilising solar power that other cities can follow.

On the top… almost

With increased investments and clean energy installations, as well as the world’s largest renewables auction market, India ranked second after Chile in the 2018 Climatescope report by energy researcher BloombergNEF.

Karnataka wins race
With 27 per cent of its power generation coming from renewable energy, Karnataka has emerged the leading state for renewable energy in India this year, pipping Tamil Nadu, said a report by the Institute for Energy Economics and Financial Analysis.

Maharashtra hits the roof
With 1,095 megawatt (MW) rooftop solar capacity in India, Maharashtra leads the way with maximum number of installations and capacity at 145.09MW, says data from the ministry of new and renewable energy.

Diu believes in the sun

The harnessing of solar energy has made Diu the country's first energy surplus Union territory. The Diu Smart City has become the first city in India that runs on 100 per cent renewable energy during daytime, setting a benchmark for other cities.

The South Delhi Municipal Corporation (SDMC) became the first civic body in the country to generate solar energy by installing panels over rooftops of its over 55 buildings.

Electrified for the first time

The Minister for Social Welfare and Science and Technology said 91,000 solar home lights had been provided to households in un-electrified villages in Jammu & Kashmir. 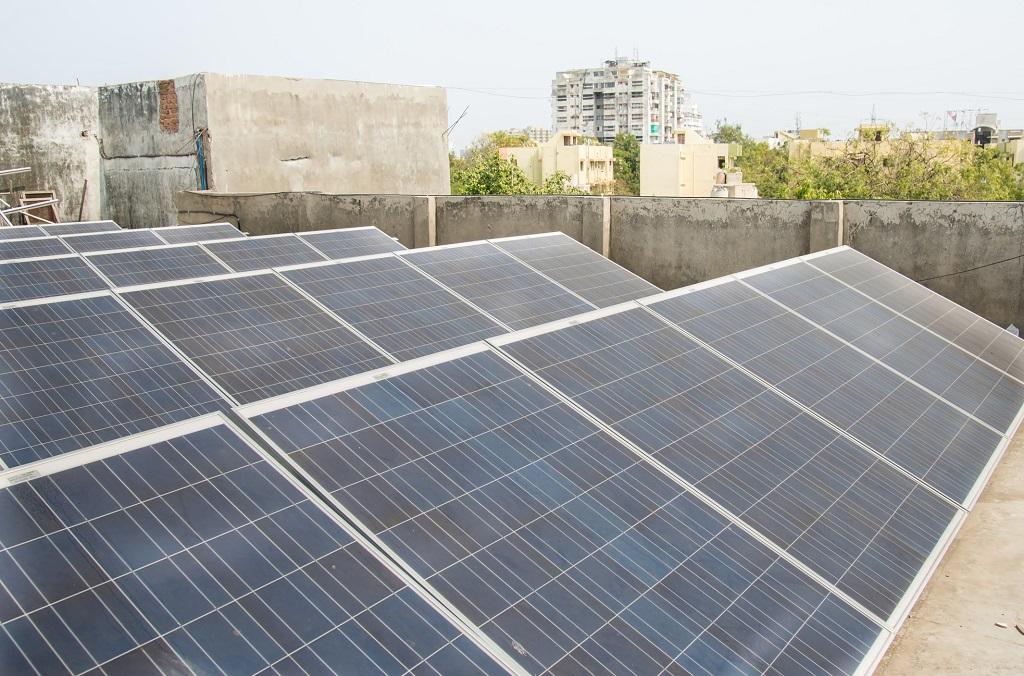 Low rates not enough
Since “states are not very keen on purchasing” solar power, even at the lowest price discovered of Rs 2.44 per unit (wind tariff are higher at Rs 2.76 per unit under latest auction), the country’s installed renewable energy capacity might get stranded, Union power minister RK Singh warned.

The Solar Energy Corporation of India’s (SECI) latest bid to set up 1,200 MW of wind-solar hybrid plants has attracted dismal interest from the industry, with only two firms putting forward their bids, offering 1,050 MW in total.

Boost for biofuels
The Cabinet approved the National Policy on Biofuels to reduce greenhouse gas emissions.

Windy win
The Ministry of New and Renewable Energy (MNRE) in May, unveiled a National Wind-Solar Hybrid Policy which seeks to promote new projects as well as hybridisation of existing ones.

Solar a must
A notification issued by Haryana New and Renewable Energy Department ordered that solar power plants be made mandatory for new buildings.

The Gujarat government announced a new Wind-Solar Hybrid Power Policy. In June 2018, the state announced the policy, aiming to make optimum utilisation of land and grid.

Rajasthan the first
Rajasthan became the first state in the country to implement biofuel policy unveiled by the Centre in May.

India’s ambitious target of achieving 100 gigawatts of installed solar energy capacity by 2022 has received a setback, with the parliamentary panel on energy expressing disappointment with the government’s performance in the sector so far. This came up in the 39th report on Demands for Grants of the Ministry of New and Renewable Energy for the year 2018-19 presented in March in the Lok Sabha.

The study titled ‘State of the Indian renewable energy sector: drivers, risks, and opportunities’ analysed how the interplay between risks, policies, and market developments has shaped renewable energy capacity addition in India, and identifies gaps that need to be addressed. It was released in September.

A study, released at the Council on Energy, Environment and Water Renewable Energy Dialogue 2018 in June, said it has become imperative to develop innovative business and financial interventions to accelerate its adoption among households given the low rate of deployment of rooftop solar in the residential sector in India. The study was titled ‘Scaling rooftop solar: Powering India’s renewable energy transition with households and DISCOMs’.

A study by International Renewable Energy Agency (IRENA), released in January, analysed the prospective impact of renewable energy deployment, along with recently mandated changes to power plant cooling systems, on water use in India’s electricity sector.

A policy by the Ministry of New and Renewable Energy seeks to promote new projects as well as hybridisation of the existing ones. Under this scheme called National Wind-Solar Hybrid Policy, the government would bid out wind-solar hybrid projects on tariff-based competitive bidding.

Use to the fullest
In a bid to ensure optimal use of land and transmission infrastructure, the Gujarat government announced Gujarat Wind-Solar Hybrid Power Policy in June to promote setting up of wind as well as solar power projects at one location.

A win for the wind

On the basis of Consortium for Educational Communication (CEC) recommendation, the Supreme Court on November 2 said Wind World India Ltd should be given the benefit of 50 per cent net present value even though the project had started prior to the order granting exemption.

The Supreme Court on September 10 allowed the Centre to implement safeguard duty on imported solar panels and modules, setting aside an order of the Orissa High Court that stayed the imposition of the levy.

The Bombay high court on September 22 directed the Maharashtra State Electricity Distribution Co. Ltd to submit its proposal to reclassify wind zones before the regular again and ensure that the developers are heard before a decision is taken.