Though the government has not done anything to discourage the sector, its disinterest is evident. 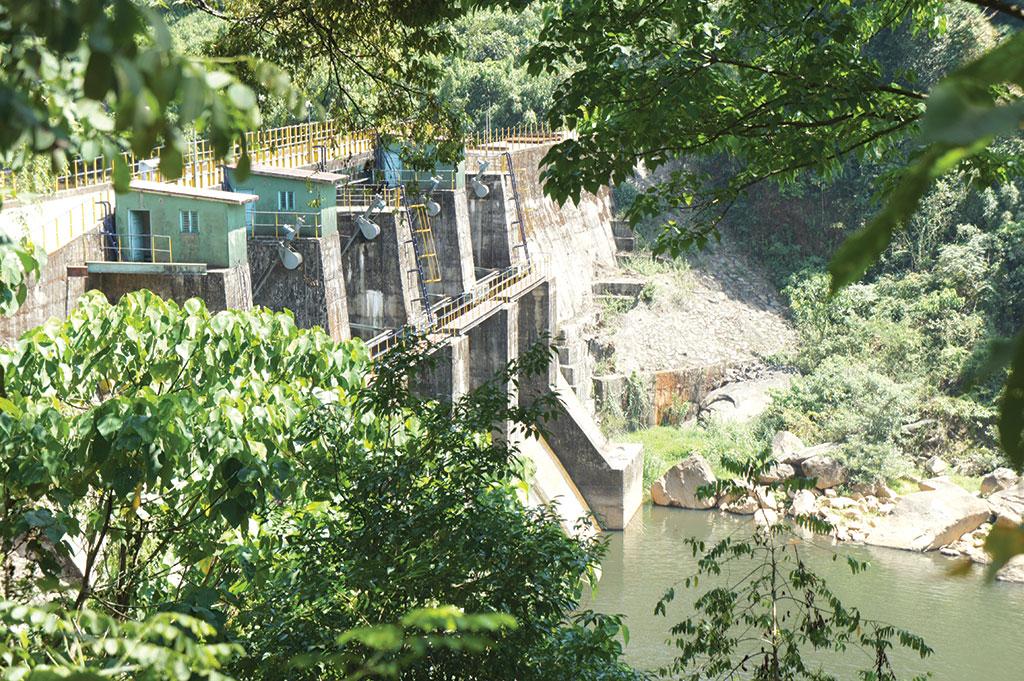 India’s small hydropower sector has a huge potential but there have been very few new projects in the past six years (Photograph: Jonas Hamberg)

The government’s neglect has nearly halted the growth of a clean energy sector that can produce power round the clock and ensure power supply in areas difficult to access.

Small hydropower (SHP) projects were not always low on the government’s agenda, but since the National Democratic Alliance came to power at the Centre in 2014, India has just added 860 megawatt (MW) to its SHP capacity.

India categorises hydel plants of up to 25 MW capacity as SHP. These run on small turbines and do not require damming a river. Their environmental impact, therefore, is negligible.

Most addition since 2014 is from the projects that were started before 2014 and are being commissioned now. The average installation of 265 MW per year from 2007-08 to 2015-16 has reduced by 60 per cent to about 105 MW per year in the last four financial years. What triggered the decline? 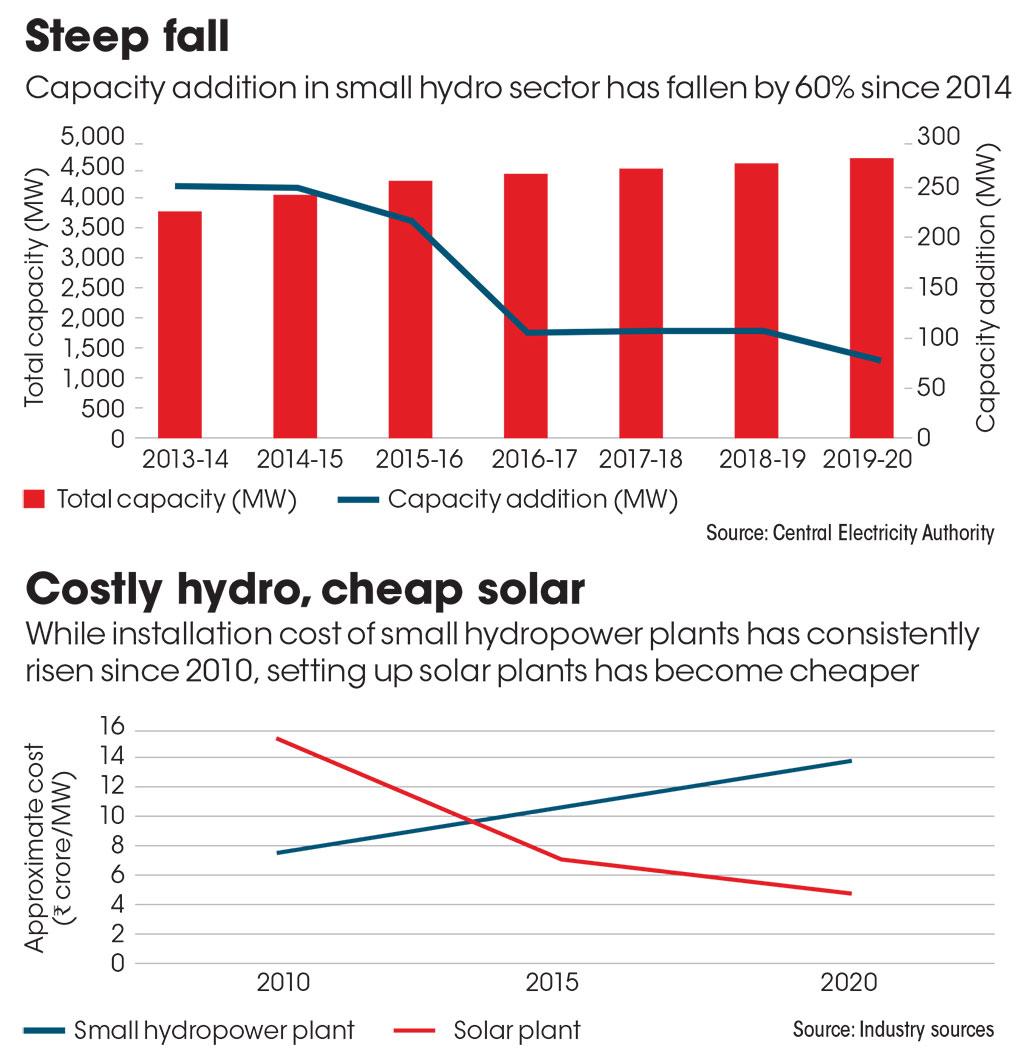 The reason is solar power, much cheaper and simpler to instal and has attracted the attention of the government as well as the private sector. While the cost of installing a solar plant in 2020 is about Rs 4 crore per MW, the figure for SHP was almost Rs12 crore per MW.

The gestation period was four-eight years and there are technical problems too. Hence we cannot have ambitious targets for small hydropower, Pant adds. Even the Indian Renewable Energy Development Agency, a non-banking financial institution under MNRE created to fund renewable energy projects, has reduced SHP funding from 70 per cent to 50 per cent of the total project cost since 2018 as the risks are higher.

There are several other factors that add to the financial burden of SHP projects. The developers have to pay an interstate transmission (IST) charge. If an SHP project in one state wants to sell power to another state, it has to pay IST for the infrastructure used in the home state.

Some states levy a water cess or royalty. Developers are obligated to provide a percentage of the generated power to the state government for free. In Himachal Pradesh, SHP projects of up to 5 MW have to sell 12 per cent of their power to the state for 12 years, 18 per cent for the next 18 years and 30 per cent after that.

In Punjab, developers have to pay a cess of 1.5 paisa per unit of electricity generated to the government. These factors make hydropower expensive and distribution companies prefer to buy electricity from cheaper sources.

The SHP sector was always driven by incentives announced by the central and state governments. Though the government has not done anything to discourage the sector, its disinterest is evident.

A Central Financial Scheme announced in 2014 ended in March 2017 and no scheme has been announced in the past three years. There are no tax incentives for SHPs either. “MNRE is not supporting off-grid projects,” says Pant.

“We are supposed to generate and procure power from the cheapest clean source available. Solar or wind are those source,” says a senior MNRE official, requesting anonymity.

Does this mark the end of the SHP sector? India has a renewable energy target of 175 GW by 2022, of which 5 GW has to come from small hydro. Therefore SHPs will not go out of the picture, particularly because India has a huge SHP potential of 21 GW, as per a 2018-19 report by MNRE.

Moreover, the sector is important for energy security despite its small size. The projects are important in producing and supplying electricity in a decentralised form, which can help in the last mile availability of power. The sector needs a re-look and support at the central and state levels in terms of policies and mechanisms to raise finances.

“SHP technology is well-established. It is disheartening to see the sector not getting enough focus,” laments RP Saini, professor at the Department of Hydro and Renewable Energy, Indian Institute of Technology, Roorkee.