This is the second time that manufacturers have lodged a complaint 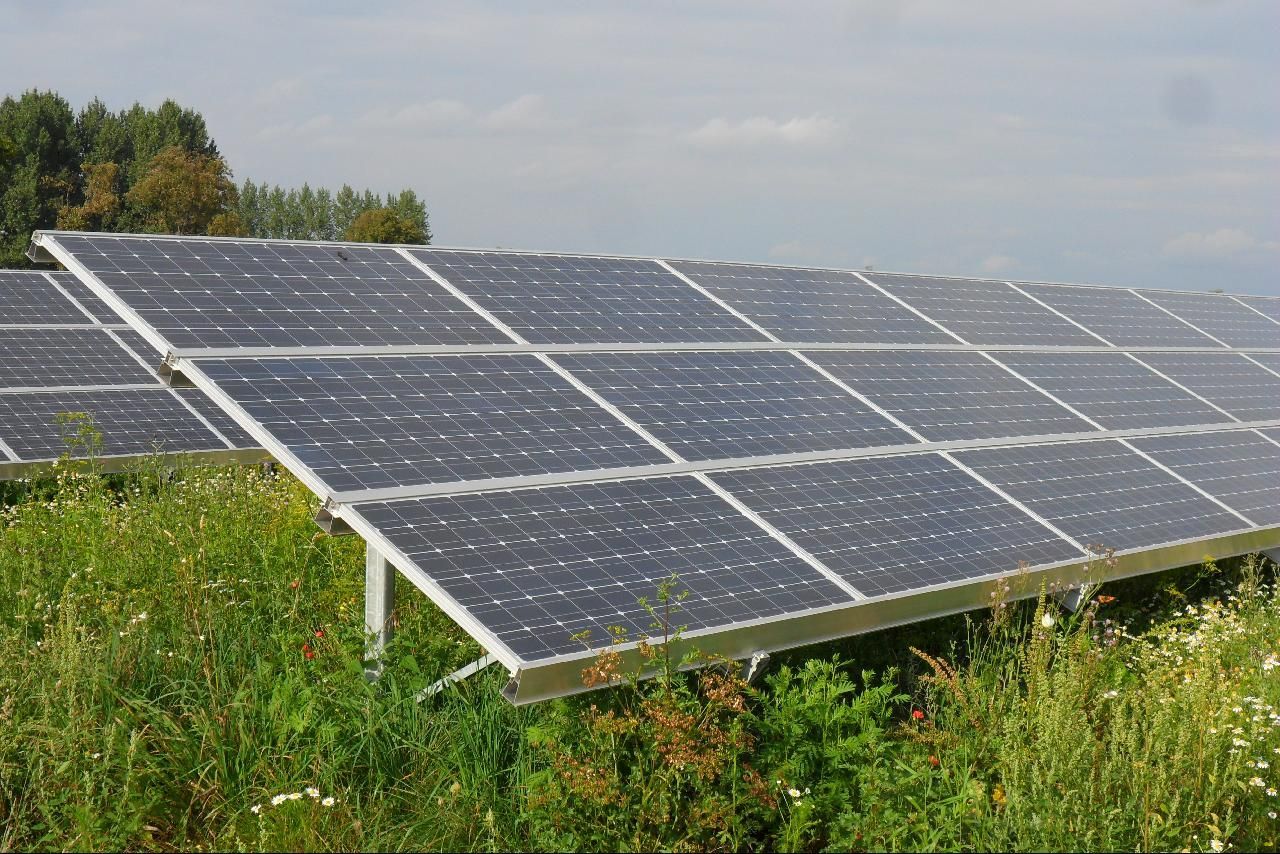 The last time when the same complaint was filed, solar cell manufacturers Indosolar Limited, Jupiter Solar Power Limited and Websol Energy Systems Ltd had written to the commerce ministry that four countries—the US, China, Taiwan and Malaysia—were dumping solar cells in the Indian market, meaning they were selling their products at prices lower than their actual cost. This was in January 2012.

After 18 months of investigation, the commerce ministry had recommended an anti-dumping duty of US $0.11 to US $0.81 per Watt on solar cells imported from the US, China, Taiwan and Malaysia.

“If the duty is imposed, we will finally get a level-playing field. Indian manufacturers have suffered tremendous injury due to the unfair trade practice,” H R Gupta, managing director of Indosolar Limited had said at the time. The Noida-based company, that manufactured 450 MW capacity cells, has remained closed for the better part of FY 2013-14 and the current financial year. 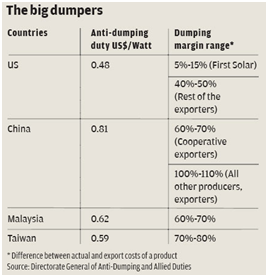 In their application this time (dated September 18), the manufacturers say that despite the leveling of anti-dumping duty, hardly anything has changed. They note that in the period between 2012 and 2015, the share of imported cells in the market has increased from 60 per cent to 90 per cent. They have insisted on more action against China, the US, Taiwan and Malaysia. They have also added the European Union to the list of offenders.

"It is very apparent that exporters from these countries are taking benefit of this non-imposition and have once again intensified the dumping and if it is not curbed, the same can lead to a complete annihilation of Indian production of solar cells,” reads the application of the Indian Solar Manufacturers Association to the DGS and DGAD.

India imported around 161.5 million solar panels worth US $448.03 billion in 2014–15. Indian manufacturing capacity of solar cells and modules is limited to 1,386 MW out of which, only 250 MW is operational. However, Prime Minister Narendra Modi, with his “Make in India” campaign, has been trying to change this situation. Modi’s visit to China in May this year brought a significant increase in India’s solar manufacturing capacity. Three Chinese companies signed significant Memorandums of Understanding (MoUs) with Indian companies to build manufacturing capacity within India. These include Canadian Solar China Power with Sun Group (5GW of solar plants and manufacturing solar modules), Trina Solar with Welspun Energy (park for 500MW of PV cells and 500MW of PV modules) and JA Solar with Essel Group (solar cell and PV module manufacturing facility).

The National Thermal Power Corporation and Solar Energy Corporation of India alone have 3.7 giga-watts (GW) of solar projects in the pipeline at the national level and there is another set of 7 GW at various levels of development at the state level. Assuming that even 10 per cent of this capacity would be mandated under the domestic content requirement, there are projects worth capacities of 1,000 MW in the least. However, the industry is lagging behind.

Chandra Bhushan, deputy director-general of the Centre for Science and Environment, a Delhi-based non-profit, says, “The government can give soft loans to developers who buy from domestic industry besides other incentives to promote domestic manufacturing.”