The extent of India’s energy poverty

More than 80 million households in India lack access to electricity; about 75 million of these are in rural areas 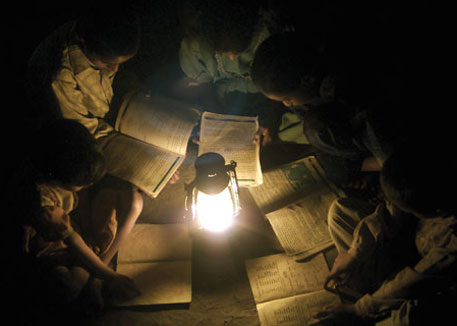 In terms of population, this means that 44.7 per cent of rural population does not have access to electricity, while the figure for urban areas is 7.3 per cent. Speaking at the Centre for Science and Environment’s ongoing annual conference in Delhi, former secretary to government of India, S B Agnihotri, said these figures show the extent of rural-urban inequality in the country.

The situation has not improved much over the past decade. According to Census 2001, the number of households without electricity was 84.7 million.

Globally, too, the scenario has not changed much over the past few decades. In 1992, the number of people who did not have access to electricity was 1.5 billion. The figure for 2012 is 1.3 billion, said experts during conference. Two-thirds of these 1.3 billion people live in 10 countries. The list includes India.