Cheaper than solar and easy to maintain, “pico” hydropower plants offer the only viable form of electricity for remote villages in the Chittagong Hill Tracts 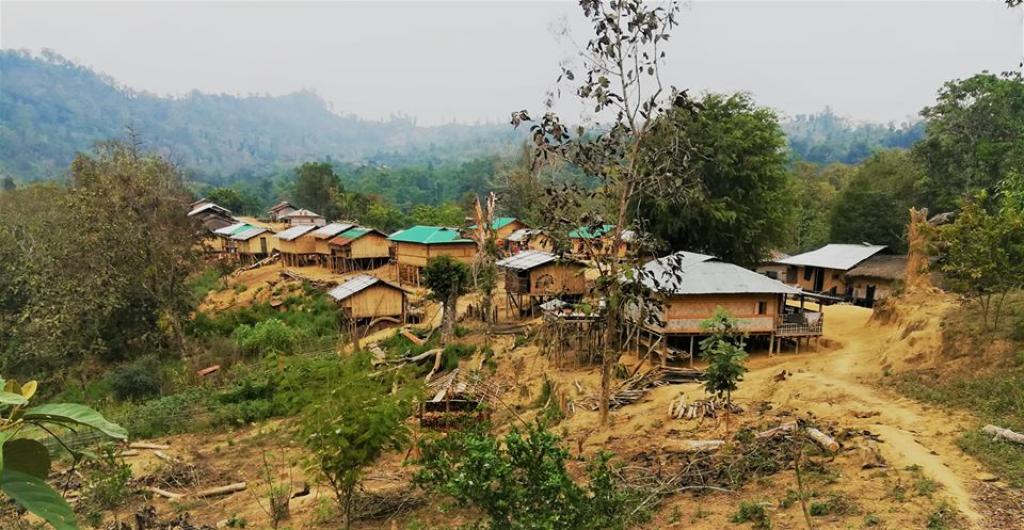 To reach the remote village of Aung Thuwai Pru Para village in the Chittagong Hill Tracts, you first need to get to Thanchi sub-district, a prominent tourist attraction around 400 kilometres from the capital city, Dhaka, over hilly roads.

This is not all. The toughest part still lies ahead. From Thanchi, you have to ride a boat with an outboard engine for 12 kilometres upstream on the Sangu River, until you reach Padmamukh, where a stream joins the river. From there, you need to walk about 4 kilometres over difficult terrain to reach Aung Thuwai Pru Para.Enjoying the gift of electricity after the sunset had been a distant dream for the poorer people of this farming village, perched on a hilltop, surrounded by higher hills.Only a few of the 30 families in the village could afford solar panels. Without electricity their dark nights passed silently.

People had nothing to do after they finished work in the fields, and no way of using an electronic products – be it a loom to generate income or a phone or computer educational or entertainment purposes.

This village does not fall under the national grid, due to its remoteness. After sunset the poorer families rely on small handmade kerosene lamps to do urgent household chores.

But enjoying light during night has finally become possible, thanks to the recent set up of a pico hydropower plant (pico hydro refers to systems that generate up to 10 KW of power).

Late last month, they installed it on the stream at Aung Thuwai Pru Para that falls into the Sangu. 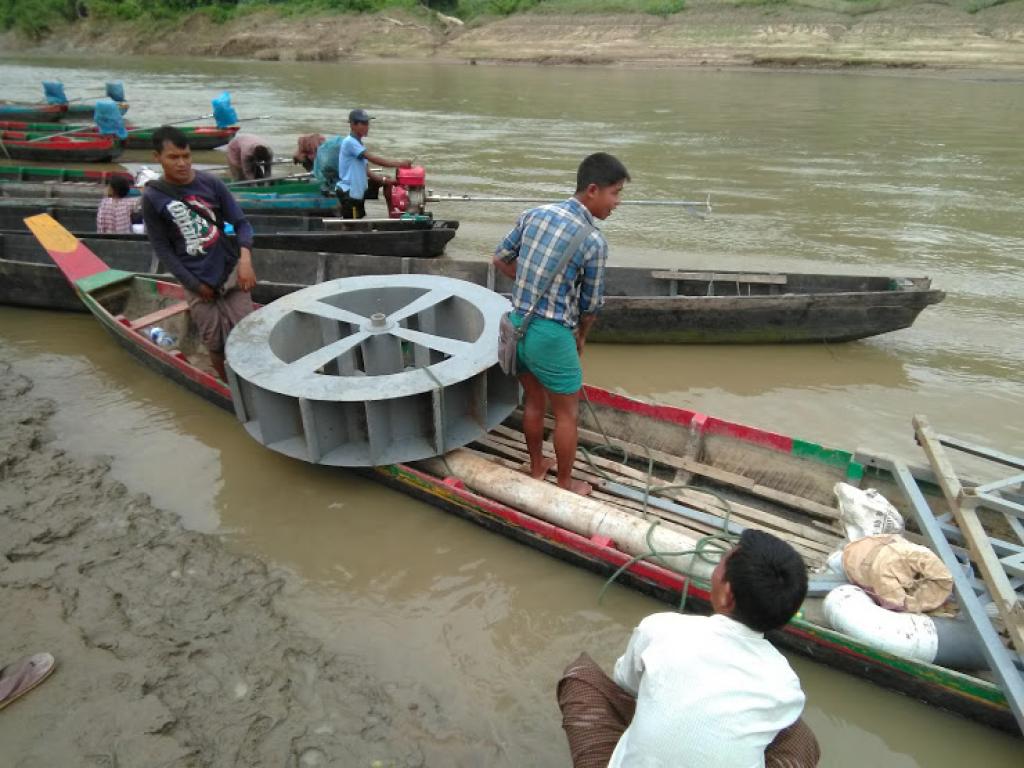 This plant does not restrict the flow of the stream – rather it can produce electricity with the minimum water flow available. Furthermore it requires very little labour and money for maintenance, making it a tremendous green energy model in the country where most of the electricity is produced by burning fossil fuels, said eminent energy expert BD Rahamatullah.

See: Will Bangladesh’s future be black?

The villagers do ‘jhum’ cultivation – a traditional slash and burn method for agriculture in the hills. This means they can only harvest their crop once a year, since they have no means to irrigate their fields for multiple crops. This is now going to change.

The small power plant will provide electricity for the 30 families, helping them to earn more, water their crops, install a filtering system for safe drinking water, use home appliances, and enhance the opportunities offered to their children, said Kazi Monir Hossain, the chief executive and managing director of Oporajeo Ltd.

In the near future, the NGO hopes to set up more pico hydropower plants in the other struggling villages of Thanchi Upazila (district) as part of the initiative they are running in the Chittagong Hill Tracts.

A multiplicity of benefits

The people most surprised by the installation of the power plant were the villagers of Aung Thuwai Pru Para.

Neng Thuwai Pru Marma, the Karbari (chief of village), and other men and women told thethirdpole.net how the power plant would change their lives.

“In addition to household purposes, we can use the electricity for irrigation in the hills, where a water crisis persists round the year,” said Neng Thuwai Pru Marma. The villagers now plan to install an irrigation pump to lift water from the nearby Sangu river for their fields for the coming winter. With regular irrigation, the farmers will be able to produce up to three crops a year instead of one.

The villagers also plan to operate machine looms to make traditional clothes. These are popular and the villagers can earn a substantial amount of money from being able to expand their sales.

As a measure of their commitment to the project, the villagers have started making savings of BDT 1 per household, per day. Given that it is a small amount and there are only 30 families, it may not seem much, but it adds up to BDT 10,800 (USD 125) per year. The annual maintenance cost of the plant is estimated at a quarter of this. The savings will be set aside, to help replace the plant when necessary – in about 20 years.

Replicating the model across the hills

Recently, the Chittagong Hill Tracts Development Board submitted a comprehensive project proposal to the ministry concerned. This included some pico hydropower plants in Thanchi, Alikadam and Ruma sub-districts of Bandarban.

BD Rahmatullah, who has served as a former director general In Bangladesh’s Power Cell, said: “It’s the cheapest renewable energy plant ever built in Bangladesh, with the cost of BDT 0.18 million (USD 2,150) to build a 10 KW plant.”

This would be the first expansion of hydropower since the only hydro project in the country was built in Kaptai upstream of Chittagong in Rangamati. This was built in 1962, displacing hundreds of thousands of people. It now produces 208 MW during the peak hours against its installed capacity of 250 MW.

According to the Power Grid Company of Bangladesh, the country produces 1,000-1,100 MW of electricity daily, which is much less than the actual demand. The government says 76% of the population has access to electricity when per capita power production is 380KW hour.

A thriving economy with high population density, Bangladesh wants to see itself as a middle-income country by 2021. This has led to the country approving a number of coal based power projects.

While Bangladesh has done well with its solar home systems – installing over 4 million units in the last two decades – these are costly compared given the purchasing capacity of the poor rural people.

The country produces only 242 MW of electricity from solar, wind and biomass whereas total installed capacity is over 16,200 MW. The government plans to generate 2,666 MW from renewable sources by 2021, and by 2041, some 35% of electricity will come from coal and 10% from nuclear energy.

“Though it is our main target to promote solar energy as renewables across the country, currently we are highly focusing on implementing hydro projects in the Chittagong Hill Tracts areas using the natural water sources,” said Siddique Zobair, member of the Sustainable and Renewable Energy Development Authority.