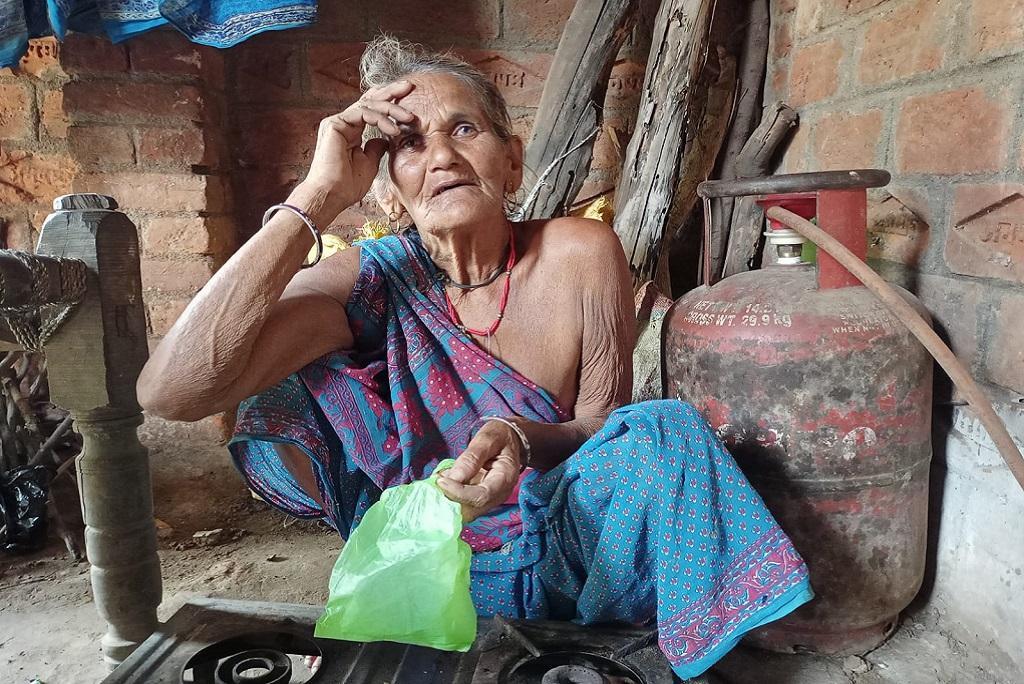 In Uttar Pradesh, Ramdulari of Pailani Dera village in Banda district has so far been able to fill the cylinder only four times. Photo: Gaurav Gulmohar

Liquified Petroleum Gas (LPG) connections distributed to women under the Pradhan Mantri Ujjwala Yojana (PMUY) are gathering dust. Beneficiaries have not been able to fill cylinders due to high prices of LPG. The Centre has itself admitted this.

Rameshwar Teli, minister of state for petroleum and natural gas told the Rajya Sabha August 1, 2022 that 9.2 million customers did not take any refill in 2021-22.

He added that 10.8 million customers took only one refill (Refills being given with connections). Thus, 20 million of the 93.4 million beneficiaries of PMUY took a maximum of one refill.

Teli made the admission in response to a question by Rajya Sabha Members of Parliament (MP) Mallikarjun Kharge and Pramod Tiwari.

This year, 14.1 million beneficiaries did not take any refill. The number of beneficiaries who took only one refill was the maximum (29 million) in 2018-19.

These figures show that the intention with which PMUY was launched is not being fulfilled. It is perhaps because of the declining interest in the scheme that the Centre has announced a subsidy of Rs 200 per cylinder for up to 12 cylinders for 2022-23.

The minister said 21.1 million of the total 305.3 million active domestic customers during 2021-22 did not take any refill while 29.1 million took only one refill.

Thus, a total of 50.2 million customers (16.44 per cent) took 0-1 refills. The minister said the consumption of LPG depended on many factors like eating habits, size of households, cooking habits, prices and availability of alternative fuels.

The biggest reason for not refilling LPG cylinders is said to be its high price. The minister, in response to another question, admitted that the value of refill for PMUY beneficiaries in July 2021 was Rs 834.5.

The prices of LPG are skyrocketing even as there has been a sharp reduction in the subsidy given for it.

Teli, in response to another question in the Rajya Sabha, told MP V Sivadasan that a subsidy of just Rs 242 crore had been given in 2021-22.