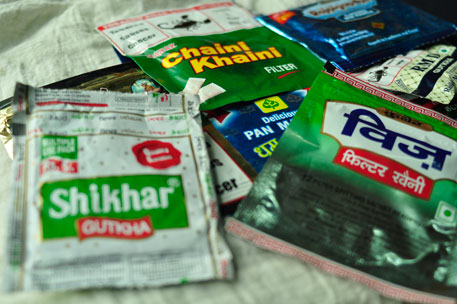 The Delhi High Court has asked the government of Delhi to implement the ban on gutkha, a form of chewing tobacco, within two weeks. The Centre had recommended a ban on chewing tobacco earlier this year, but not all states have enforced them.

The court gave the ban order on August 22 while hearing a public interest petition filed by an association of doctors, Doctors for you, who sought a ban on gutkha sale in the state because of increasing incidence of oral and lung cancers.

Once the ban is in force, Delhi will become the ninth state in the country to ban the sale, manufacture and storage of gutkha. According to government estimate, around 8.3 per cent population of Delhi consumes gutkha.

The eight states that have already banned gutkha are: Madhya Pradesh, Kerala, Bihar, Maharashtra, Rajasthan, Haryana, Jharkhand and Chattisgarh. These states have banned gutkha, khaini, and paan masala, based on the regulation issued on August 1, 2011 by the Food Safety and Standards Authority of India (FSSAI), a statutory body under the health ministry to look after food safety. Rule 2.3.4 of the Food Safety and Standards (Prohibition and Restrictions on Sales) Regulations of 2011 says that a food product should not “contain any substance which may be injurious to health: Tobacco and nicotine shall not be used as ingredients in any food products”. But the Centre sent letters to all states recommending the ban only on April 25, this year, after Madhya Pradesh took the initiative and banned the sale and storage of gutkha on April 1.

“We request the Delhi government to follow the example set by the eight states and ban gutkha for safeguarding the health of people, especially the youth, from the growing menace of tobacco addiction,” said Bhavna Mukhopadhyay, executive director of Voluntary Health Association of India, a Delhi based non-profit campaigning for gutkha ban in the country.