The activity cannot be termed as a benign activity and shall have a permanent footprint on the floodplain, say experts 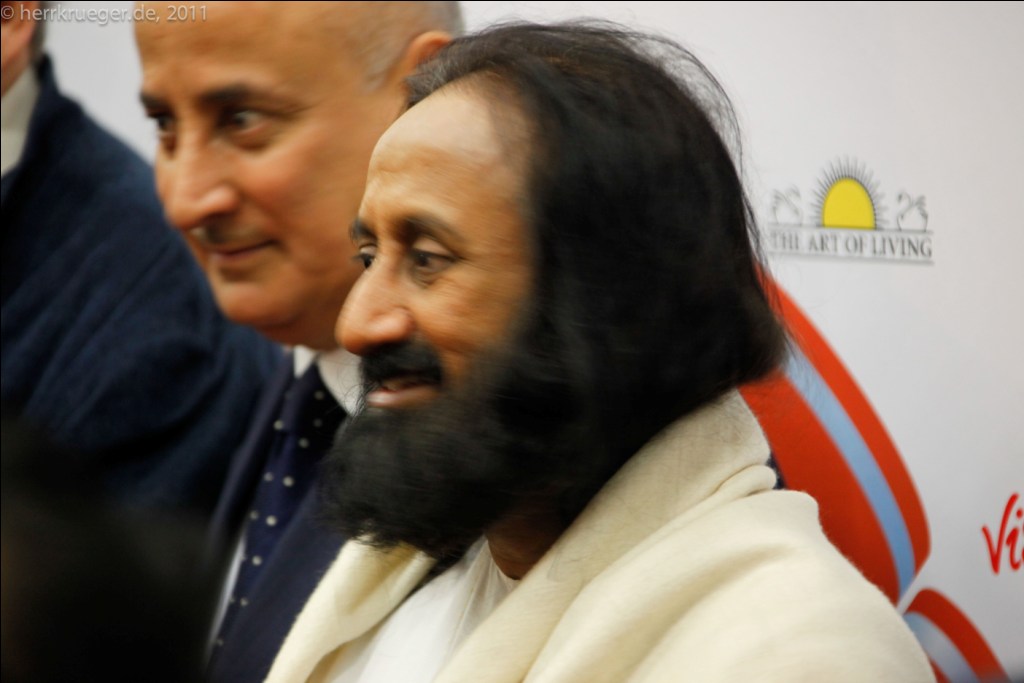 Is Sri Sri honouring or disrespecting the Yamuna? Credit: Flickr

Delhi is gearing up to host a massive congregation of cultural and spiritual leaders from across the world between March 11 and 13 this year under the aegis of the World Culture Festival. The event, being hosted by the Art of Living Foundation led by spiritual guru Sri Sri Ravishankar, for the organisation’s 35th anniversary is expected to attract upto 3.5 million visitors. There is just one problem though: the venue.

The mega event is to be held on a vast swathe of over 405 hectares of the Yamuna floodplains with one of the main attractions being the world’s largest stage spanning about 2.83 hectares. Incidentally, Sri Sri has gone on record several times purporting the sanctity of rivers and the urgent need to preserve them. Over the past couple of weeks, the guru, representatives of the organisation and volunteers have aggressively defended the move to host the spectacle on the banks of the Yamuna. According to the organisation, holding the spiritual confluence on the banks would actually contribute to the cleaning up of the area. But heavy construction activity taken up to set up the venue is not only potentially irreversibly harmful for the ecologically sensitive tract of land flanked by the Delhi-Noida Link toll bridge on one side and the Yamuna on the other, but also in direct violation of the National Green Tribunal (NGT)’s orders regarding the revitalisation and conservation of the Yamuna. The NGT in January 2015 had ordered suspension of all construction activity on the plain and criminalised any such activity henceforth.

The issue has divided civil society on whether the event would have a gross negative impact on the river. While the organisers of the event have been permitted by the Delhi Development Authority (which has permanent presence on the committee formed by the NGT to probe the conditions of the Yamuna and the steps required for conservation prior to its order), environmentalists are fearful of the lasting impact of conducting such a large scale event on the fragile plains in contradiction to the orders of the green tribunal. Although supporters of the foundation claim that clearing of debris and enzyme treatment of the adjacent stretch of the Yamuna would go a long way in realising the hope of a rejuvenated Yamuna, the committee set up the NGT to evaluate the activity on the site of the event had a different opinion. Here are the ways in which hosting such a huge event could harm the tract of land already devastated by unlawful and unregulated construction and polluting industries:

Both, the NGT-constituted committee as well as the committee formed by the Ministry of Environment, Forests and Climate Change have agreed that the event poses great danger to the floodplains and no other such event must be permitted on the floodplains in the future. But both groups have also recognised that it is too late to roll back the activity for the event. The committee formed by NGT has come down heavily on both, the DDA as well as the organisers for the “gross violations” of the NGT order and has recommended that the entire cost of restoration of the plains (expected to be close to Rs. 120 crore) be paid by the Art of Living Foundation. But while the economic costs may be recovered, the environmental costs might be a whole different matter and the case might open the possibility of hosting such events in the vicinity in the future. According to A K Gosain’s observations, professor in the Civil Engineering Department at IIT Delhi and a member of the fact-finding committee, “The activity cannot be termed as a benign activity and shall have a permanent footprint on the floodplain. If allowed, it shall be in complete violation of the 2015 NGT order and shall set a bad precedent.”