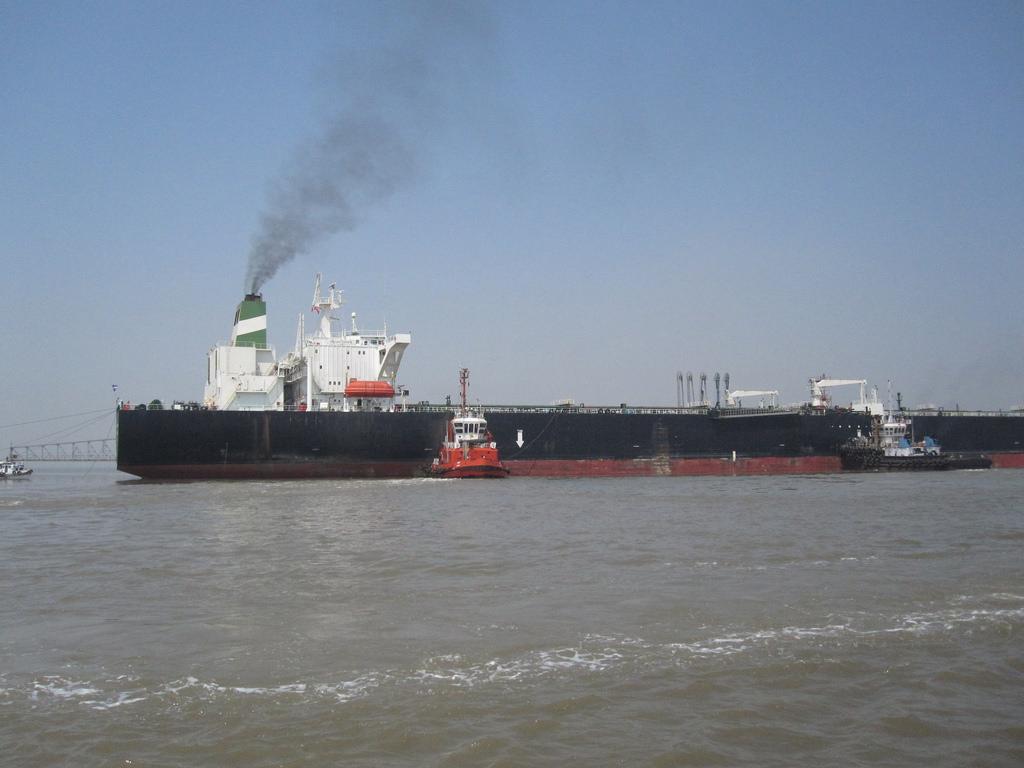 The NGT has also ordered a committee to be set up to study whether the wreck of the ship can be removed. Credit: Scott Mcleod/ Flicker

Upholding the ‘polluter pays’ principle of environmental law, the National Green tribunal (NGT) on Tuesday ordered Panama-based shipping company and its two Qatar-based sister concerns to pay Rs 100 crore for damages caused due the sinking of their ship off Mumbai’s coast in 2011.  The fine has been directed to be paid to the Ministry of Shipping, Government of India.

The bench of the tribunal also fined Adani Enterprises Limited, whose cargo of coal MV Rak was carrying, an environmental compensation of Rs 5 crore for dumping the coal in the seabed.

Damage to the marine environment

The ship, MV Rak, sank 20 nautical miles off the south coast of Mumbai with a cargo of more than 60,000 metric tonnes of coal while on its way from Indonesia to Dahej, Gujarat. It also contained 290 tonnes of fuel oil and 50 tonnes of diesel on board. The ship belonged to Delta Shipping Marine Services SA from Panama; and Qatar-based Delta Navigation WLL and Delta Group International.

After the ship sank, thick layer of oil and tar balls were spotted at many beaches in Mumbai, extending along the coastline up to Raigadh district.

The principal bench chaired by Justice Swatanter Kumar, held that the companies are “liable to pay compensation for restitution and restoration of the ecology, ecosystem”.

A major chunk of the compensation – about Rs 93 crore – has to be paid for negligence in the upkeep of the ship and cargo and the persistent pollution caused by them to the marine environment.

The compensation amount would be utilised for restoring the mangroves to their original position or plantation of accepted species in that area as well as to ensure that no further pollution results from the sunken ship and the cargo.

The rest of the amount, about Rs 6.9 crore, will be paid to various agencies, including the Coast Guard for the expenses they have incurred for prevention and control of pollution.

How did the NGT decide on the quantum of fine?

The NGT bench referred to the flagship 2013 judgement of the Supreme Court (SC) in the matter of Sterlite Industries, yet again, to ascertain the environmental liability in the case. The SC had imposed a fine of Rs 100 crore on Sterlite Industries for polluting the environment in its vicinity for a long period without renewing the consent from Tamil Nadu Pollution Control Board (TNPCB).

The quantum of fine was set on the basis of the capacity and magnitude of the company’s operation.  “The judgement had held that where the industry had violated the provisions of the Water (Prevention and Control of Pollution) Act, 1974 and had operated without obtaining consent, it was liable to pay damages of Rs 100 crores for the default period,” states the NGT order.

However, the tribunal, while imposing the Rs 100 crore-fine, observed that “the damage caused by pollution cannot be computed in terms of money with exactitude and precision” at the given time. It further stated that the pollution caused by the sinking of MV Rak “is a continuing one and does not come to an end with the pronouncement of this judgment”. The present fine imposed by the tribunal remains a provisional one as of now.

The NGT has also ordered a committee to be set up under the additional secretary, Ministry of Shipping, to study whether the wreck of the ship and cargo can be removed practically and in best interest of the environment.

If the cargo is to lie at the sea bed, the committee will further ascertain a compensation to be paid at regular intervals for preventing and controlling the resulting pollution. The committee is expected to submit its report in a month’s time. Rahul Choudhary, counsel in the matter, says that the compensation will go up depending on restoration measures as the committee recommends.

“The damages in such cases of spillage can be high and often long-term. The compensation amount can be used to correct immediate damages, if possible and for any restoration that might be needed later if more instances of pollution from the ship surface,” said a senior scientist from National Institute of Oceanography.

It also observes that the sea vessel was not “seaworthy” and the documents on its survey and certification prior to the voyage were done in a “biased manner”.

Referring to the thick oil slick and tar balls observed at some beaches in Mumbai even days after the ship sank, the NGT bench notes that there was definite pollution caused by the oil spill, which adversely impacted the sea water, shore, aquatic life, mangroves and tourism on five different beaches, including Juhu beach.

“The persistent lying of the ship in the sea along with its cargo, the coal would, besides having immediate adverse impact on the marine environment, will with the passage of time negatively impact the marine environment as well, in different ways. The coal may contain hazardous substances like arsenic, mercury, thallium and asbestos, which will eventually enter the food chain,” the judgment states.