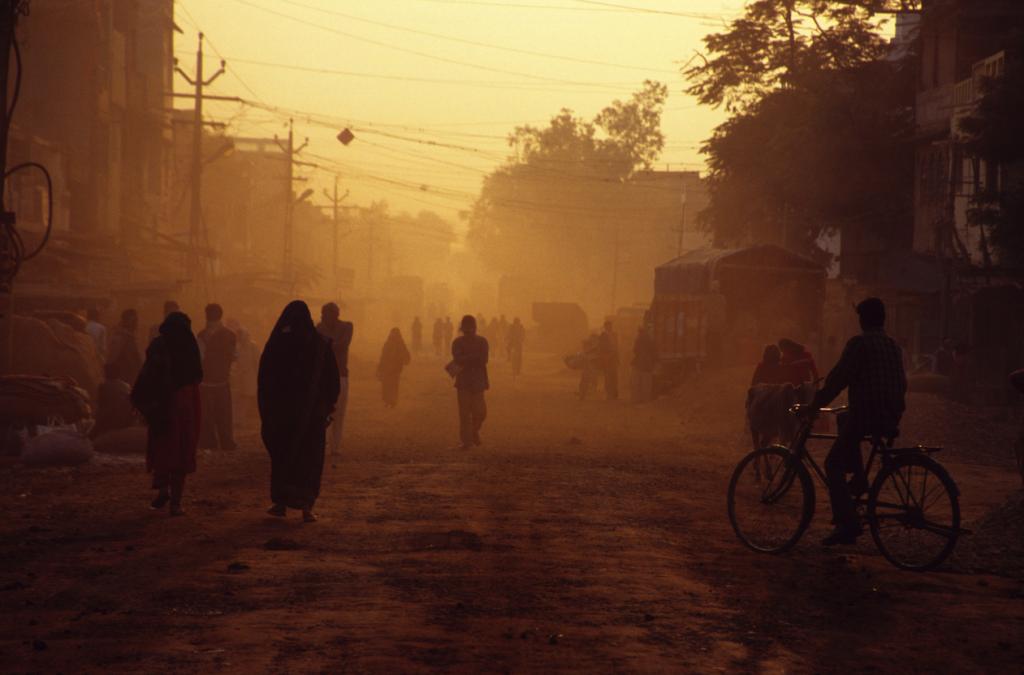 Excess infant deaths due to aerosols in India were estimated to be three million — the highest among eight regions evaluated in the study.

Aerosols such as black carbon, organic carbon, carbon monoxide, nitrogen oxides, volatile organic compounds and sulfur dioxide are known to hurt the climate and human health, the National Aeronautics and Space Administration (NASA) wrote in a blog. They stick around in the atmosphere for weeks.

These short-lived pollutants can inflict different levels of damage based on where they originate.

India, for example, faces higher impacts on infants and crop productivity because “aerosols that are emitted in the country are also much more likely to stay local because of regional weather patterns and topography,” Geeta Persad, the University of Texas at Austin Jackson School of Geosciences, and lead author of the study, told Down To Earth.

Regional weather patterns can determine how far the aerosols travel from the place of origin.  Also, the Himalayas partially act as a geographic barrier to ventilation, the researchers wrote in the study.

The country is also vulnerable to global aerosol emissions. “Because of where India is in the global atmospheric circulation, emissions from other regions can more easily change the temperature and rainfall patterns in India,” Persad added.

Adding to this is India’s large and vulnerable infant population and extensive areas under agricultural production, the researchers said. Together, they lead to more considerable societal damage.

Infant mortality, staple crop production, and GDP are critical determinants of welfare, the researchers wrote in their study.

The findings state that India and East Africa had the highest number of infant deaths from aerosols.

Europe was responsible for four times as many excess infant deaths outside its borders compared to regional impacts.

“European aerosol emissions happen to get widely distributed by atmospheric circulation patterns over many parts of the African subcontinent, where lots of children live who are highly vulnerable to disease from poor air quality,” Persad pointed out.

Within Europe, the impacts are not as high because there aren't as many infants and the infants aren't as vulnerable, she explained.

Aerosol emissions hit the GDP of the United States and China the most, the analysis showed. For India, the researchers recorded economic benefits.

These pollutants can have a cooling effect as they reflect sunlight into space, according to NASA.

Studies have shown a link between temperature and maximum economic productivity. Hot countries like India benefit from a little cooling.

A slight dip in temperature can help boost the growth of temperature-sensitive crops like wheat, Persad explained.

“For places like the United States, which may be at the colder end of the optimal growing conditions for a given crop, further cooling can be damaging,” Persad explained.

Aerosols emitted with carbon dioxide can increase the social cost, an estimate of the economic costs of greenhouse gases, by as much as 66 per cent, the study showed.

This research highlights how the harmful effects of our emissions are generally underestimated, said Jennifer Burney, co-lead author and the Marshall Saunders Chancellor’s Endowed Chair in Global Climate Policy and Research at the UC San Diego School of Global Policy and Strategy.

Aerosols, which cool the climate, is often perceived as having the silver lining of counteracting carbon dioxide-driven warming, Persad noted.

But when we look at all these effects in combination, we find that no region experiences overall local benefits or generates overall global benefits by emitting aerosols, she added.