Anandatheertha, the sage who lived for Kaveri, dies

Anandatheertha lived a life of intense commitment to the Kaveri. He died in landslide in Talakaveri on August 6 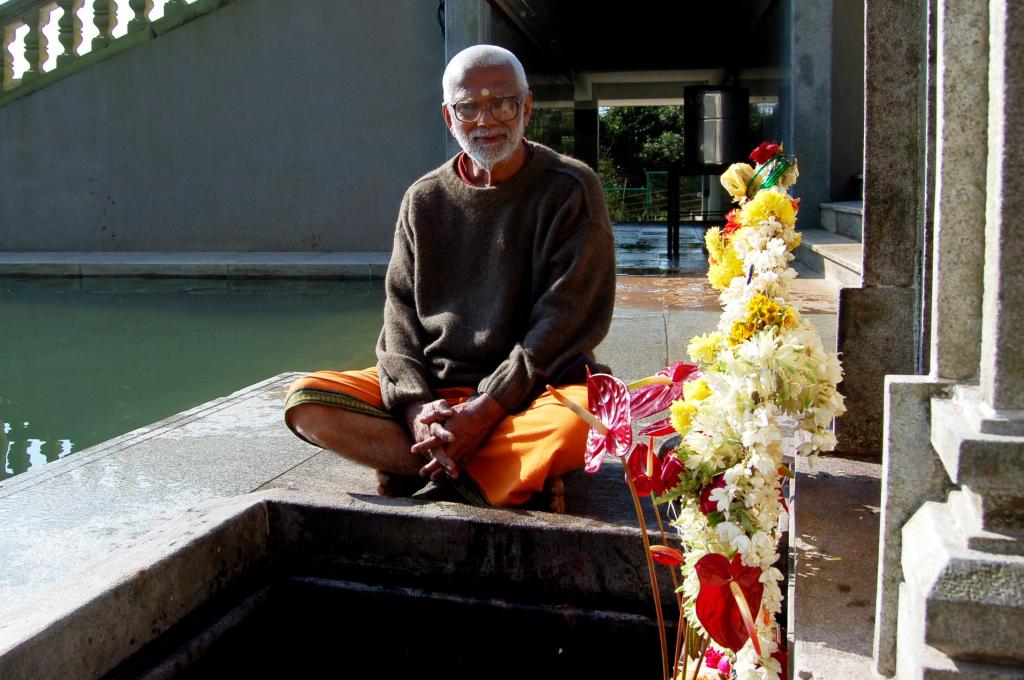 Regular trips to Talakaveri, located near Bhagamandala in Kodagu district, Karnataka, are fond for river Kaveri. A temple to Goddess Kaveri, also dedicated to Shiva as Agasthyeswara and Ganesha, overlooks the ancient tank that collects water from a nearby wild spring there.

For the devotees, the tank was the origin of the east-flowing river of peninsular India. According to the legends, the river disappears in its birthplace — only to take rebirth at Bhagamandala located a little away at the foothills.

I met Swami Anandatheertha (died at 76) for the first time one September evening about a decade ago. The meeting was followed by a long conversation about the mighty river, the lifeline of vast stretches of Karnataka and Tamil Nadu.

Several conversations followed over time — and each one of them gave me the impression that he was no less than a living encyclopaedia — not just on the Kaveri but all the rivers on Earth.

It was this school teacher-turned-sage who showed me the exact origin of the river. Anandatheertha lived in Mumbai for long and taught at a school there, but returned to his native place three decades ago to become the traditional trustee and administrator of the temples in Talakaveri and Bhagamandala.

He lived a spartan life in a small house in Talakaveri, located in the Brahmagiri range of Western Ghats at an elevation of 1,341 metres. His brother-in-law was the chief priest of the temple. He lived with his sister and her husband.

A scholar with strong social and political concerns, Anandatheertha was a secular person. Between sacred and profane, he lived a life of intense commitment to the river and the surrounding forests.

In the 1980s, he was among the members of the Save Western Ghats March — a major environmental protection initiative involving scientists, anthropologists, sociologists, activists, journalists and local communities.

He marched together with others for 100 days along the length of the ghats, highlighting the socio-ecological challenges the area grappled with. He had actively engaged with almost all attempts to save the Western Ghats and the Kaveri from human encroachment and destruction.

He travelled extensively across the length and width of the river, urging local communities to save the river. He found comfort in the role of a low profile environmentalist with extreme devotion to the cause.

Journalist and filmmaker O K Johnny, who authored Kaveriyodoppam Ente Yathrakal (Journeys Along Kaveri), pointed out that Anandatheertha was always anxious about the fate of the Kaveri.

Except for the little stretch in his small locality, the river is on its deathbed. For Anandatheertha, Western Ghats and the river were integral to his existence. In a way, he always spoke in the river’s voice.

It was the place where sage Agasthya was blessed by Brahma, Vishnu and Ganesha while meditating under the ashwaththa tree. Saptarishis, or the seven great sages, had performed their yajna or ritual sacrifices at the Brahmagiri peak.

He also spoke about Lord Brahma’s daughter Lopamudra, who was rechristened as Kaveri later. Kaveri eventually turned herself into a river to serve the humankind.

Everything is a fond memory now. On August 6, 2020, Anandatheertha failed to turn up at Talakaveri temple along with the chief priest to conduct the morning rituals. One of the security guards at the temple went to check the priest and found the priest’s house buried in mud.

He alerted the district authorities, who later confirmed a massive landslide wreaked havoc in Talakaveri.

According to available information, the development officer of the local Grama Panchayat had issued a notice to Anandatheertha, directing him and the family of the head priest to move away from the place for the hill was prone to landslides; Anandatheertha was living at the foothills.

However, Anandatheertha refused to move away. Even the cowshed he had with over 20 bovines was buried deep in mounds of mud and rubble. The area surrounding the priests’ houses is now inaccessible, according to Kodagu district commissioner Anies Kanmani Joy.

A portion of the Brahmagiri Hill collapsed on the two houses where Anandatheertha and the priest were living. At least five people are missing as of August 7.

Other than Anandatheertha, his sister Shantha Narayana (68), her husband and temple’s head priest T S Narayanachar (70) and relatives Ravikiran Bhat and Pavan Bhat are missing.

Mud came crashing down on the two houses Wednesday midnight; around 30 acres of the mountain range collapsed. The Geological Survey of India (GSI) had predicted possibilities of landslides in Talakavery, in the close vicinity of the temple, after detecting surface cracks during last monsoon.

It had conducted extensive field study in Kodagu following the two subsequent floods since 2018 and discovered slope modification without proper precautions as the major cause of landslides.

Unbridled construction of houses by carving hill slopes resulted in land destabilisation in the region. Unsupported slope cuts for road widening also contributed to the tragedy.

A spiritual leader who always expressed concern over change in land use patterns in Brahmagiri hills and the mushrooming illegal constructions has now turned its victim.

He was always against large-scale capital investments to convert Talakaveri as a concrete jungle in the name of spiritual tourism. The encyclopaedia on rivers is no more.