Data on some animal-sourced foods, associated with a growing number of food-borne illness outbreaks, was limited 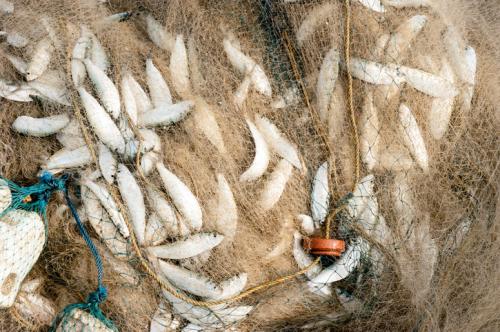 Researchers examined evidence collected between 1999 and 2016 to assess AMR prevalence and trends in some zoonotic and commensal bacteria against critically important antimicrobials. They found that largest chunk of the data available is for poultry meat followed by pork. There was limited scientific evidence for dairy products, shellfish and fresh produce which have been associated with a growing number of food-borne illness outbreaks.

The report also shows a trend of increasing resistance in Campylobacter jejuni—a food-borne pathogen largely responsible for diarrheal diseases. Resistance to fluoroquinolone antibiotics in the species stems from poultry meat. The report finds that resistance to nalidixic acid had risen by 57 per cent in the last decade. The prevalence of multi drug resistant bacteria also rose by 56 per cent since 2008.

High level of resistance to these antibiotics was observed in the Netherlands and Poland, two of the major exporters of poultry meat to the UK. Rising resistance trends in this zoonotic strain reemphasises on the potential of food to act as a vehicle for transmission of AMR from animals to human.

Overuse of antibiotics during production of food animals and cross-contamination with resistant bacteria during food processing or handling are common. Animal-derived food like meat, fish, milk, eggs and others, thus, harbour antimicrobial resistant bacteria and antimicrobial resistance genes. The food chain forms a potential vehicle for the transmission of AMR from animals to humans. AMR is thus also a food-safety concern.

The review calls for stronger research and surveillance in food at retail level, among other recommendations to address the significant lack of AMR prevalence data. The authors also recognize that surveillance should be prioritized based on risk analysis, also taking into account the importance of antimicrobials being used. Continued surveillance of the incidence and emerging resistance, including multidrug resistance, in commensal bacteria should be encouraged.

The report touches upon the need for greater studies to establish the link between AMR and organically grown foods. While this forms an interesting area of research, there is scare information presently available. Despite the fact that organic farming uses less or no chemicals, it is unlikely that there will be no traces of resistant bacteria or resistant genes. The environmental spread of AMR, which is beginning to garner attention at global level, makes it likely that soil and waterways dumped with untreated effluents from pharmaceutical industries and animal farms will harbor resistant bacteria. These can then find way into even organically raised produces.

Use of antimicrobials for intensive poultry and fish farming practices is not uncommon. A study by Delhi non-profit Centre for Science and Environment in 2014, found residues of antibiotics in 40 per cent of the chicken samples it tested. There are numerous but scattered evidences for AMR in animal-derived food products, such as chicken meat, fish, shrimps and milk. However, a comprehensive AMR surveillance mechanism in the country is missing.

Strengthened surveillance systems in the veterinary sector not only for AMR in food and food animal products, but also for antimicrobial consumption as well as antimicrobial residues in food must be a priority. The current residue monitoring framework in food, as per the Food Safety and Standards Authority of India is limited to few antibiotics in fish. Only certain antibiotics, prioritised on the basis of export requirements, are prohibited from use in coastal aquaculture (particularly shrimp culture), whereas veterinary regulations remain limited to only an advisory from the Department of Animal Husbandry, Dairying and Fisheries to not use antibiotics in poultry.