Around three million people are estimated to be severely food-insecure in north-eastern Nigeria, South Sudan and Somalia. The writer looks at the reasons famine still plagues Africa 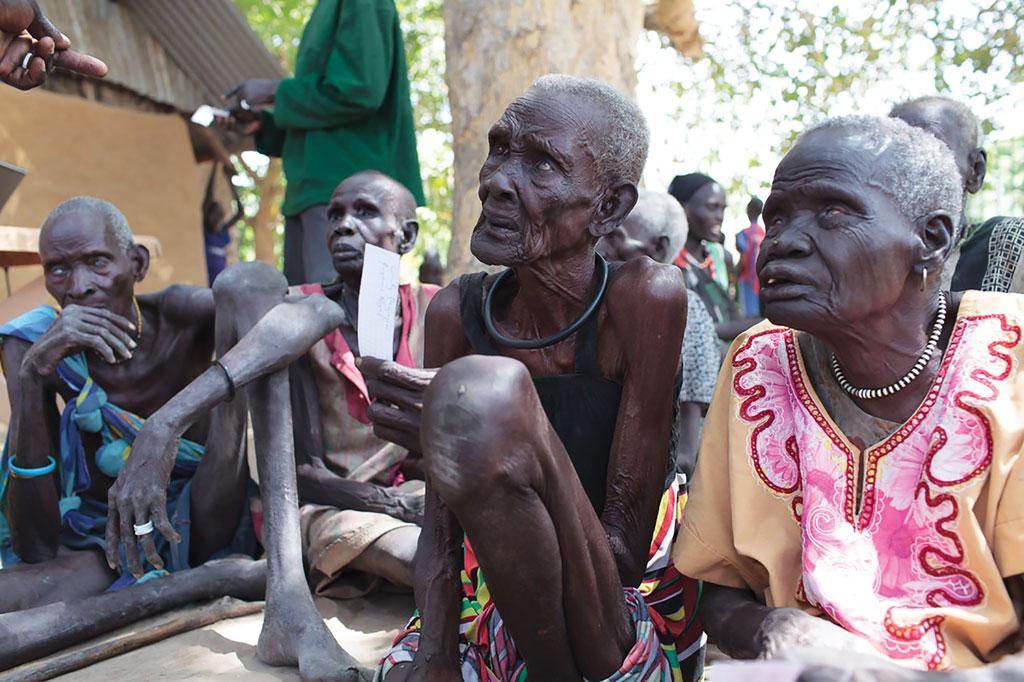 In South Sudan where famine has been declared, elderly women listen to news about possible assistance. Amid the worsening situation, vulnerable people queue up for food distribution programmes. Many of them are old and suffer from ill health. In Nyal, Panyijar County, people take the help of canoes to reach food camps for registration (Credit: Bruno Bierrenbach Feder/Oxfam)

The severe food insecurity situation that is afflicting several countries in Africa is unprecedented in terms of magnitude, severity and multifaceted causes. While early warning systems, which have been augmented in recent years by a proliferation of remote sensing analysis, have become increasingly efficient in forewarning about droughts and proposing actions to mitigate their impact, conflict has become a key driver of severe food insecurity in Africa, particularly in north-eastern Nigeria, South Sudan and Somalia.

In 2016 and 2017, while intra-country conflicts were the main catalyst that put populations at risk or in famine conditions, it was also an amalgam of elements, including droughts, record high food prices and economic downturns, which combined to push millions of people into food insecurity across the continent, and concurrently eroded capacities of households and governments to respond effectively.

In aggregate, nearly 3 million people are estimated to be severely food-insecure and at risk of famine in north-eastern Nigeria, Somalia and South Sudan where famine has already been declared. Conflict acutely impinges on households’ productive capacity, physically denying access to agricultural land and inputs, while the persistent threat of violence can negatively affect farmers’ planting decisions. It also adversely impacts pastoralists’ livelihoods, significantly restricting mobility, which is critical for sustainable natural resource management. 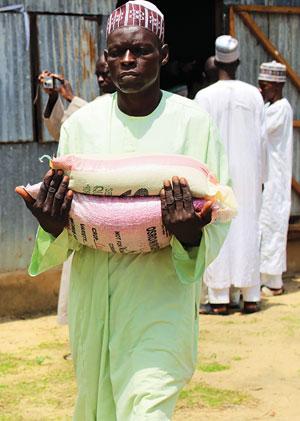 People pushed to the brink

In South Sudan, large displacements and insecurity following a renewal of violence in mid-2016 hampered cultivation and harvesting activities for the main 2016 crop. In particular, the area planted in the most-productive regions was well below average. The reduced plots were mainly sowed with vegetables due to their shorter growing period compared to staple cereal crops, in an attempt to mitigate potential losses due to the inherent threat of violence. Moreover, a macro-economic collapse, high food prices exacerbated by currency depreciation and the exhaustion of households’ coping mechanisms further undermined resilience, engendering famine conditions for an estimated 100,000 people. This figure is likely to increase as the hunger season peaks until July 2017 and if humanitarian access is not adequate and timely.

Similarly, the protracted conflict in north-eastern Nigeria has caused massive displacement, resulting in widespread disruption in marketing and agricultural activities. Significant cutbacks in the planted area to food crops were a main result in affected areas, notably in Borno State. With both supply shortfalls emanating from reduced households’ production and non-functioning markets, 5.2 million people are projected to be severely food insecure in Adamawa, Borno and Yobe states in the forthcoming lean season (July-September). Furthermore, record or near-record high food prices, underpinned by the depreciation of the currency and insecurity, intensified food insecurity conditions.

The situation is also extremely grave in Somalia. Here, three consecutive poor rainfall seasons have resulted in sharply reduced harvests and severely affected livelihoods of pastoral and agro-pastoral households. Widespread animal deaths were reported. The situation could deteriorate significantly, heightening the risk of famine, if the upcoming Gu rainy season (April-June) performs poorly as predicted by latest forecasts. In the worst-case scenario, households’ purchasing power could decline to levels observed in 2010-11, when famine was declared, and in areas where humanitarian assistance is unable to reach due to insecurity, famine would be expected. Currently, however, humanitarian access is relatively better than in 2011 and previously inaccessible areas of southern Somalia are now open to humanitarian operations. 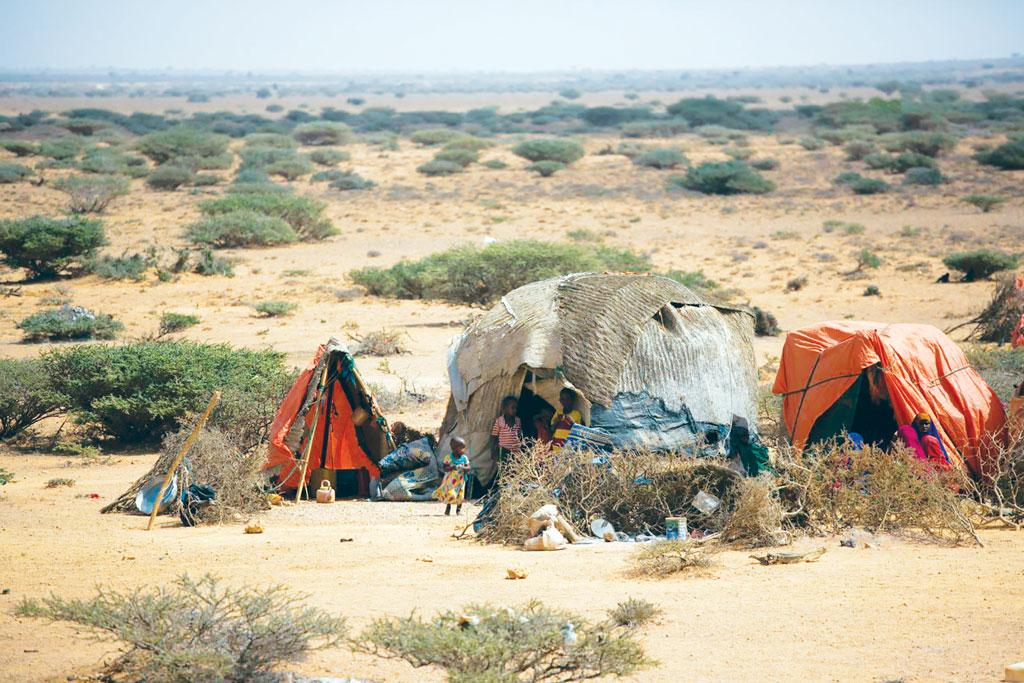 It is, therefore, paramount that peace and stability are attained in order to achieve sustainable long-term food security and to capacitate a country to effectively respond to the precursors of famines. Such conditions will aid in facilitating and scaling up investment in agriculture and rural livelihoods. An example would be Ethiopia where decade-long economic growth, relative peace in the country and the implementation of effective safety-net programmes helped avert famine despite the drought conditions in 2016.

Similarly, the ability of humanitarian agencies to access food-insecure populations is impeded by conflict and this contributes to intensifying and prolonging food insecurity. Parti-cularly in emergency situations, rapid distribution of humanitarian assisstance is crucial to prevent a worsening of conditions. 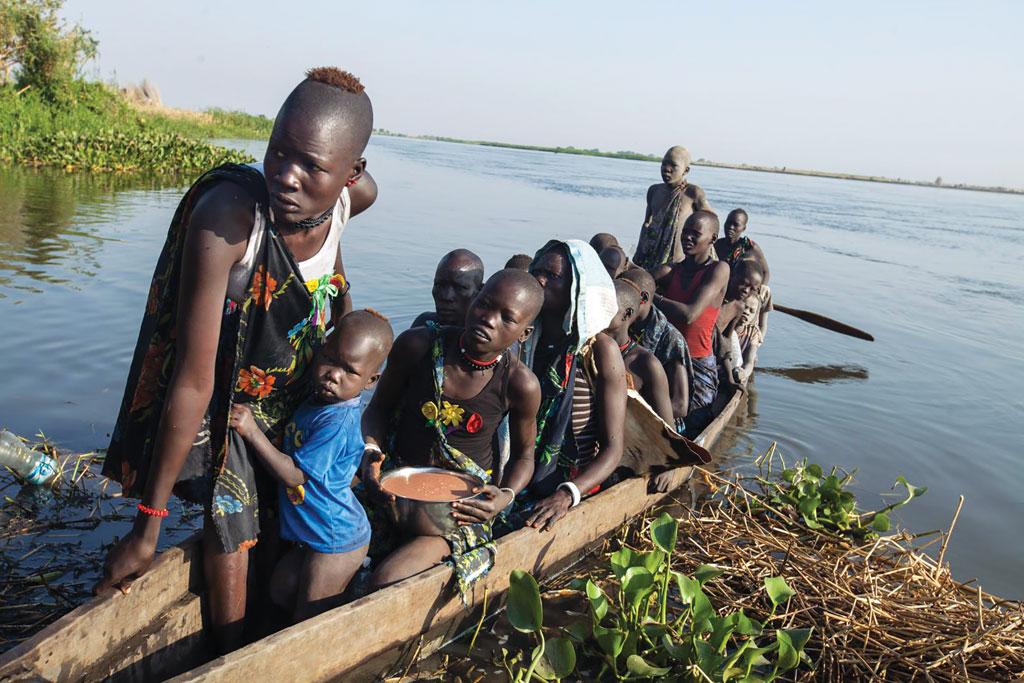 While conflict is a key catalyst, limited agricultural productive capacity in the context of erratic weather and droughts, also undermines national coping capacities. With less than 10 per cent of Africa’s total arable land equipped for irrigation, food crop production, particularly for small-scale farmers who lack resilience, is highly susceptible to reduced rains. Therefore, even in periods of stability, production shocks can have a significant impact on food security, as was the case in Southern Africa in 2016 that witnessed a significant increase in humanitarian needs due to the El Niño-induced drought. Moreover, a generally static per capita cereal production growth in the preceding 10 years (2006-2015), at the continent level, has limited the ability to absorb supply shortfalls.

Africa’s stock-to-use ratio of cereals, which can be used as an indicator to infer the level of a country’s vulnerability and exposure to supply/demand shocks, has been stable in recent years, while by comparison this ratio increased in Latin America and the Caribbean, and Asia. Although this does not indicate deterioration in the continent’s coping capacity, it highlights a rigidness to respond to agricultural shocks. 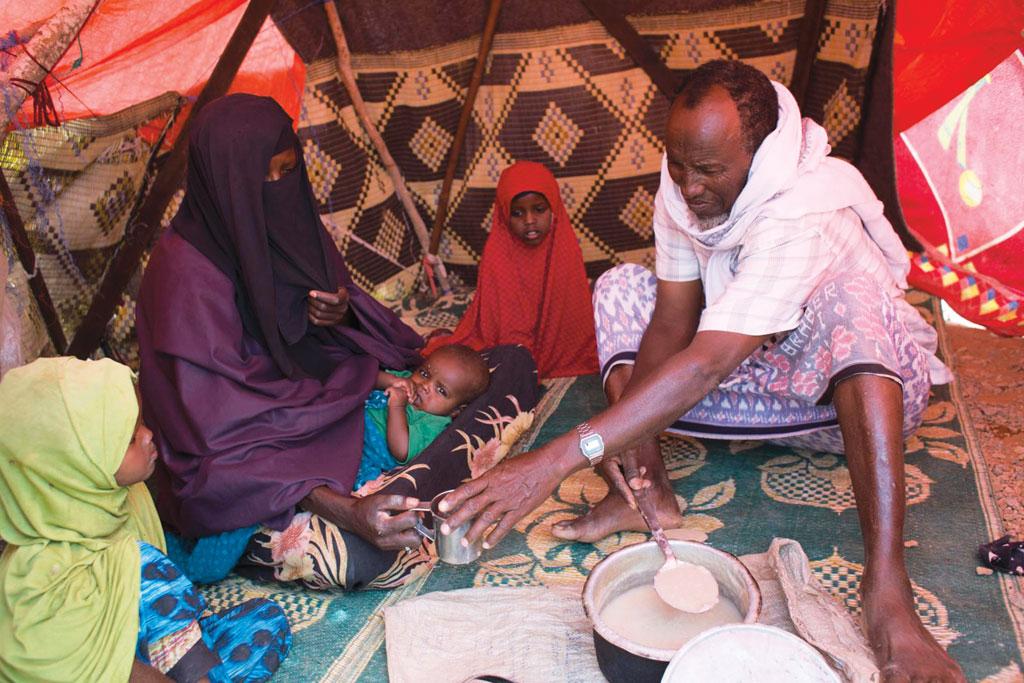 On top of conflict and drought in 2016, price spikes that reached record levels in several countries had further detrimental impacts on food security, particularly given the large proportion of a household’s budget allocated to food purchases. Currency depreciations, notably in Nigeria and South Sudan, as well as several countries in Southern Africa, exacerbated price rises and constrained food access. Policies are, therefore, needed to cushion the impact for the poorest households from excessive food price increases. Furthermore, in the context of a conflict situation the potential to capture any benefits of higher food prices for net producers is virtually non-existent.

Africa as a continent has achieved a reduction in the proportion of undernourished since the 1990s and recorded growth in cereal production (in absolute terms). However conflict, which has emerged as the dominant cause of food crises, has halted, and in some cases, reversed gains of the preceding years in some countries. More is needed to ensure peace, which will help to promote further investment in structural factors that can impede sustainable and long-lasting food security. 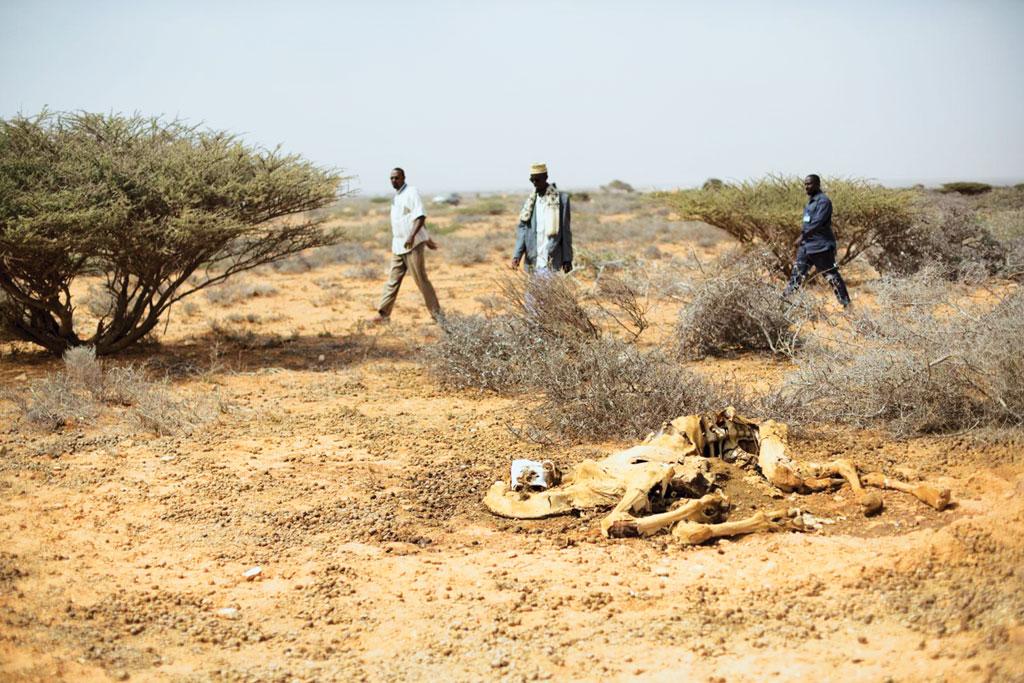