Withering of Aravallis, mainly due to erosion of forests along the northern and central tracts, is making dust storms more intense 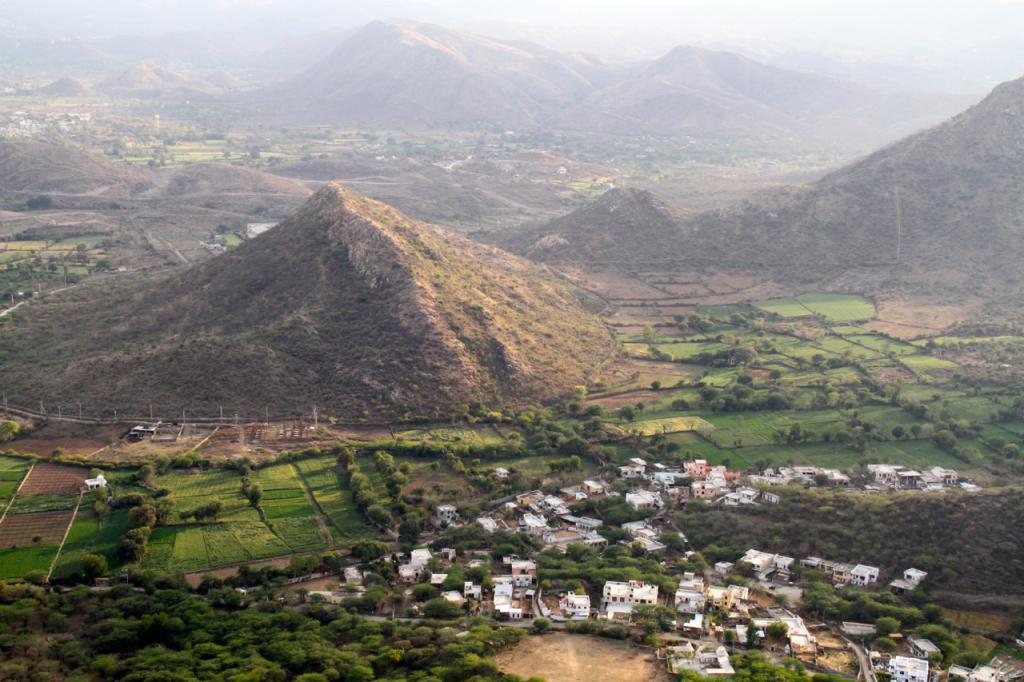 Open forest cover has decreased in the last three decades, while scrub has increased by 5.7 per cent. Credit: Wikimedia Commons

For more than 3 billion years, the Aravallis have stood strong against the advance of the Thar desert towards fertile soils of eastern Rajasthan and the Indo Gangetic plains.

But today, they are not just one of the oldest mountain chains in the world but also probably the most degraded.

Extending over 692 km from Palanpur in Gujarat to Delhi through Rajasthan and Haryana, it is likely that the Aravallis will be nothing but an extension of the Thar desert in the future. With this, cities such as Delhi and Gurgaon face desertification as a host of ecosystem services (ground water, temperature control, trapping dust and pollutants, habitat for hundreds of flora and fauna) will be threatened.

Withering of the Thar desert

A survey by the Wildlife Institute of India in 2017 in south Haryana had showed that 12 vegetative gaps, which have appeared because of drifting of sand in the Aravallis, increases the risk of the area under it turning into an extension of the Thar desert. Encroachments or poor planning, deforestation, land degradation, mining and waste dumping, apart from climatic changes are the reasons for the expansion of the desert in the east and northeast directions.

Open forest cover has decreased in the last three decades, while scrub has increased by 5.7 per cent, and barren area is fluctuating.

The recent dust storms, which hit north-west India, were unusual in terms of intensity, frequency and their character. Even weather forecasters struggled to predict their occurrence and intensity. Between 2003 and 2017, storms in India accounted for 700 fatalities but, in 2018 alone, about 500 people have so far died due to the storm events.

“Erosion of forests along the northern and central Aravalli tracts is causing the advancement of the desert particularly in the gap area with increasing intensity of dust storms. Deforestation and developmental activities have destroyed the once dense forests covering most of the Aravallis. Due to excessive run off and soil erosion, Aravallis are slowly progressing towards barren and Rocky Mountains devoid of vegetation,” Paridhi Jain, project biologist at Wildlife Institute of India, tells Down To Earth.

"The interpretation of remotely sensed data products from 1972-75, 1982-84, 1994-96 and 2005-07 has revealed that the desert sand is drifting towards northeastern plains through 12 identified gaps on the Aravalli hills extending from Magra hills in Ajmer district to Khetri-Madhogarh hills in Jhunjhunu district and northern most hillocks in Mahendragarh district of Haryana. Due to degradation of the ecosystem in the hills, the fragile and vulnerable areas have emerged and expanded at a faster rate which require proper identification, assessment, mapping and monitoring for the restoration of ecological balance," Jain concludes.

If the Aravallis continue facing degradation, sand storms will become frequent. And air pollution, which was at its peak in Delhi, will be just one of the many factors that will affect our health, if the storms become even more intense. Since air pollution is a public health issue with dangerous and immediate consequences, may be the citizens and the government will become more sensitive towards protecting the mountains which have continued to protect them.