Pamela Philipose, who was part of DTE's launch team, on the magazine. 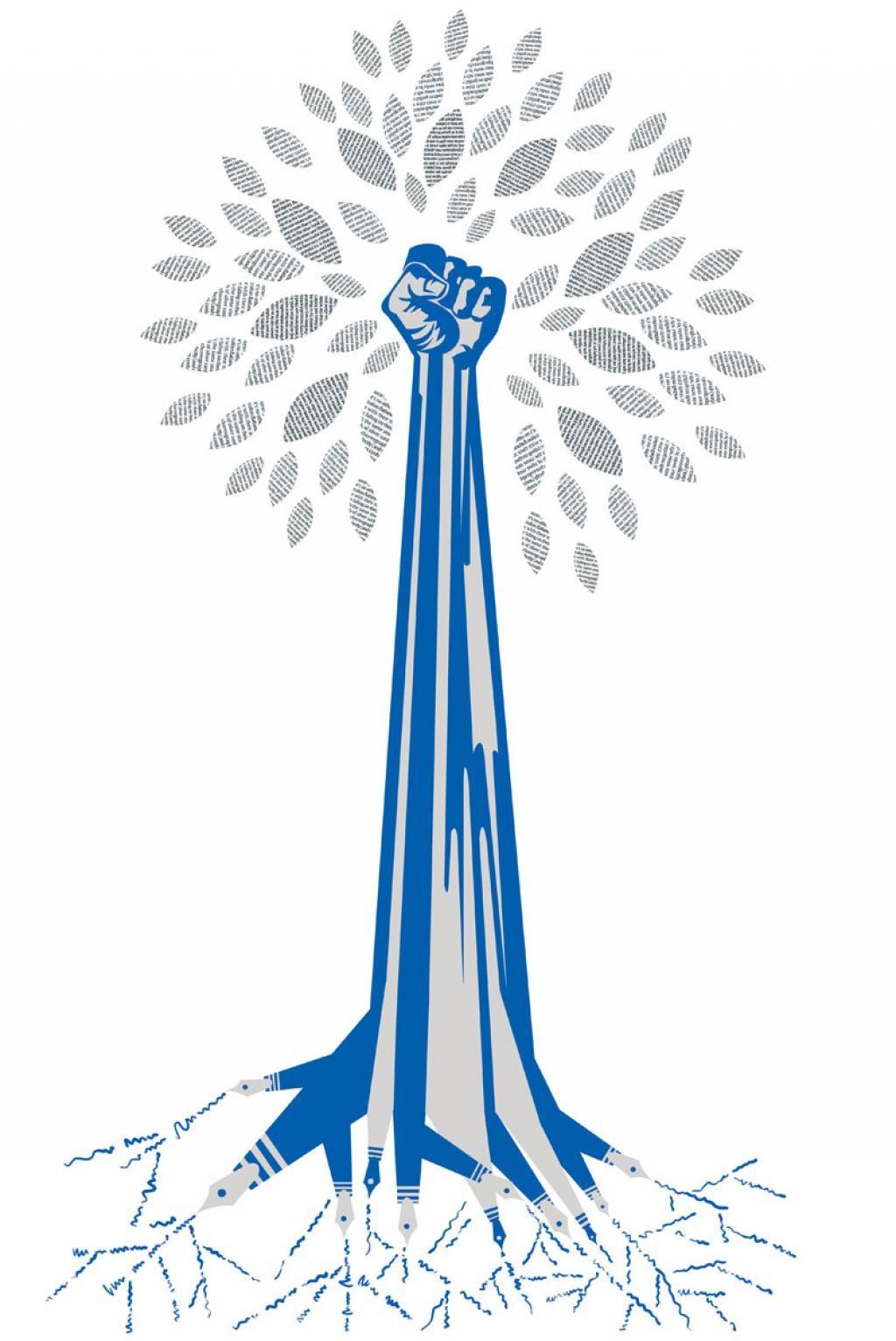 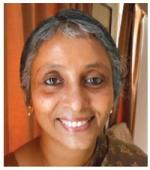 It all began with a bottle of a purplish brown liquid that stood on the desk of the man acknowledged as India’s foremost environmental thinker, Anil Agarwal. He wanted to hire me as feature editor for a magazine that was to be like no other. At that moment it had no name, but it seemed to exist fully formed in Anil’s head. A fortnightly environmental magazine that would have both news and views, with some science and technology thrown in, and, which would in time, help to change the world.

Was it to be like an environmental Economic and Political Weekly, I asked hesitantly. No. Like The Illustrated Weekly of India? No, no. The Economist? A little, perhaps, but far more attractive and approachable. Sounded like fun and my mind was almost made up. The answer to the last question I put to Anil was the clincher. It was about that bottle which was staring so balefully at me. “Oh that, that is the drinking water of the villagers of Bichhri village, and it’s this colour because a firm manufacturing the highly toxic Hacid nearby allowed its effluents to contaminate the villagers’ only drinking water source.”

Before long, preparations of the magazine began in the right earnest. Session after session of brainstorming took place, sometimes meandering into the late summer evenings. There were four of us to begin with: Anil, Sunita Narain, who ran the Centre for Science and Environment (CSE) and had partnered this idea of a magazine that would draw on the intellectual resources built up by CSE, and Akila Seshasayee, who thought in images, graphics and layouts, and was genuinely excited about this chance to juggle with world class images and crisp text to create a new design form. It needed audacity to imagine the yet-unrealised and I, for one, was increasingly conscious that the editing skills and understanding of 16 years of mainstream journalism were simply insufficient to cope with the challenge. A lot had to be learnt; a lot more unlearnt. Anil, having been a newspaper journalist himself, believed in the editor’s pencil and used it meticulously, pouring over copy day after day, suggesting headlines, rewriting intros. Captions, for him, were not just for effect. He saw them as important devices to convey additional information that was important and which was sometimes not even in the main text.

Many journalistic innovations went into the magazine that enhanced its considerable depth of information, even as it remained readable and accessible. The use of boxes to narrate the side story or the back story was one such device, as was the back page devoted to reporting through data, graphs and piecharts. Long before social media made the term “network” fashionable, the magazine had a section devoted to information on how to get in touch with organisations working on a wide variety of social concerns. As for those who photographed for the magazine, they were not given the second class treatment invariably meted out to them by mainstream media. Here, every photograph was the story and duly credited.

There were innumerable titles suggested for the new magazine, all of which were summarily discarded. One, however, struck root, not because it was particularly striking, but because it was, well, down to earth. Grounded. For all the meticulous planning that went into Down To Earth (DTE), it was ultimately meant not just for experts and policymakers, but ordinary people. An early ad pitch reiterated this: “Are you not sick of reading newspapers that are obsessed with the antics of our politicians? Is it not time that you got to know more about what people like you and me are doing? Subscribe now! Annual individual subscription Rs 240 (a highly discounted rate).” 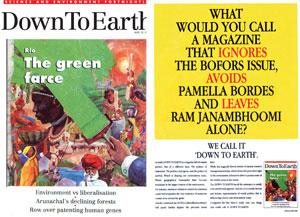 By the time the first issue was ready to roll in late May 1992, many more extremely talented people were in the DTE team. Although arguments and personal disagreements were aplenty, lunch time saw everybody sharing dining tables, where roti, daal and sabzi was always enlivened by a deliciously lemony chilli pickle that I haven’t had the pleasure of tasting since. There were now young reporters, environmental activists, doctoral students, photographers, data crunchers and computer operators. When the first issue came to us, warm from the press, jubilation spread across the F-6, Kailash Colony office. The Society for Environmental Communications, which was responsible for bringing out DTE, was certainly no big media house, but it had demonstrated the capacity to produce a first-rate publication that could compete with the best in the world.

Some of the cover stories done that first year when I was with DTE still remain in the mind’s eye. In many ways, the year 1992 was an important one. Liberalisation had just been ushered into the country by then finance minister, Manmohan Singh. The question of how unregulated global flows of capital and the retreat of the State from the social sector would impact the country’s environment was a crucial one. The very first issue of DTE took a long, hard look at the issue.

It was also the year that saw, for the first time ever, 105 representatives of government and some 2,400 members of non-governmental organisations—the now familiar acronym NGOs got mainstreamed after that event—meet at Rio de Janeiro to talk about the state of the world’s environment. DTE resisted the role of being a cheerleader to the conference labeled as the “Earth Summit”. It critiqued it for its refusal to look at the real reasons for environmental devastation and choose, instead, to deal with the symptoms of the problem, rather than interrogating the real cause—lack of global democracy at one level, and local democracy at the other. The cover DTE had on the conference carried a photograph of the leaders who had assembled at Rio with a banner headline that went: “The Class That Failed”. DTE’s stance was controversial, but soon it became something of a blueprint for those from the global South who wanted to take on the global North for its inequitable consumption patterns.

Every DTE cover story was, for me, a journey of discovery, whether it focused on a domestic concern or a South Asia or a global one; whether it was a wood drought that was affecting Saharanpur’s famed craft of carving, or the unacceptably high pollution levels in Kathmandu; whether it was a look at the vested interests that were destroying Chilika Lake, or the death of the Indus Delta. Anil would often say, often banging the table for added emphasis, “I don’t want opinions. Opinions are like as, everybody has one. I want facts.”

I still remember the phenomenal fact-gathering skills of a young Uday Shankar, now top honcho at Star India Private Limited, as he reported on the state of the Ganga. The cover story with its fantastic close-up shots of the river at Varanasi rife with garlands and refuse, taken by Pradip Saha, was unequivocal: “The River Stays Dirty”. Many reports of the polluted Ganga have since made it to the media, including some after the present prime minister adopted the issue. Yet few had the insights of that DTE exposition with its telling boxes of supplementary information, data, and maps. It carried photographs that went beyond the clichéd images of bathers in Varanasi, catching newly-dyed textiles being washed in the Ganga, sewer water gushing from a nullah in Kanpur, effluents from a tannery dying red a river sandbar; a juxtaposition of Varanasai’s new electric crematorium with a traditional cremation on the ghats.

As the year came to an end, the siren call of the mainstream media was once again beckoning me to move on, and so I did—handing over my papers with a heavy heart. In one of my last few days at DTE, I along with others gathered as usual in Anil’s office to discuss the cover story for the first issue of 1993, which was to be a wrap of the year that had gone by. The discussions were as usual vibrant, with Anil and Sunita leading the charge. Before long the issue of the cover came up. What should be that one image which would reflect the chaos that seemed to be facing humanity?

Finally, we zeroed in on image of a battered kettle—the chaiwallah type—with steam issuing furiously out of its spout. The headline: “1992 World on the Boil”. The introduction: “In 1992, the world moved several steps towards globalisation. But little attention was paid to the sharp economic, social and cultural divides.”

Prescient words which seemed to scope the future from a vantage point that was, as always, down to earth. 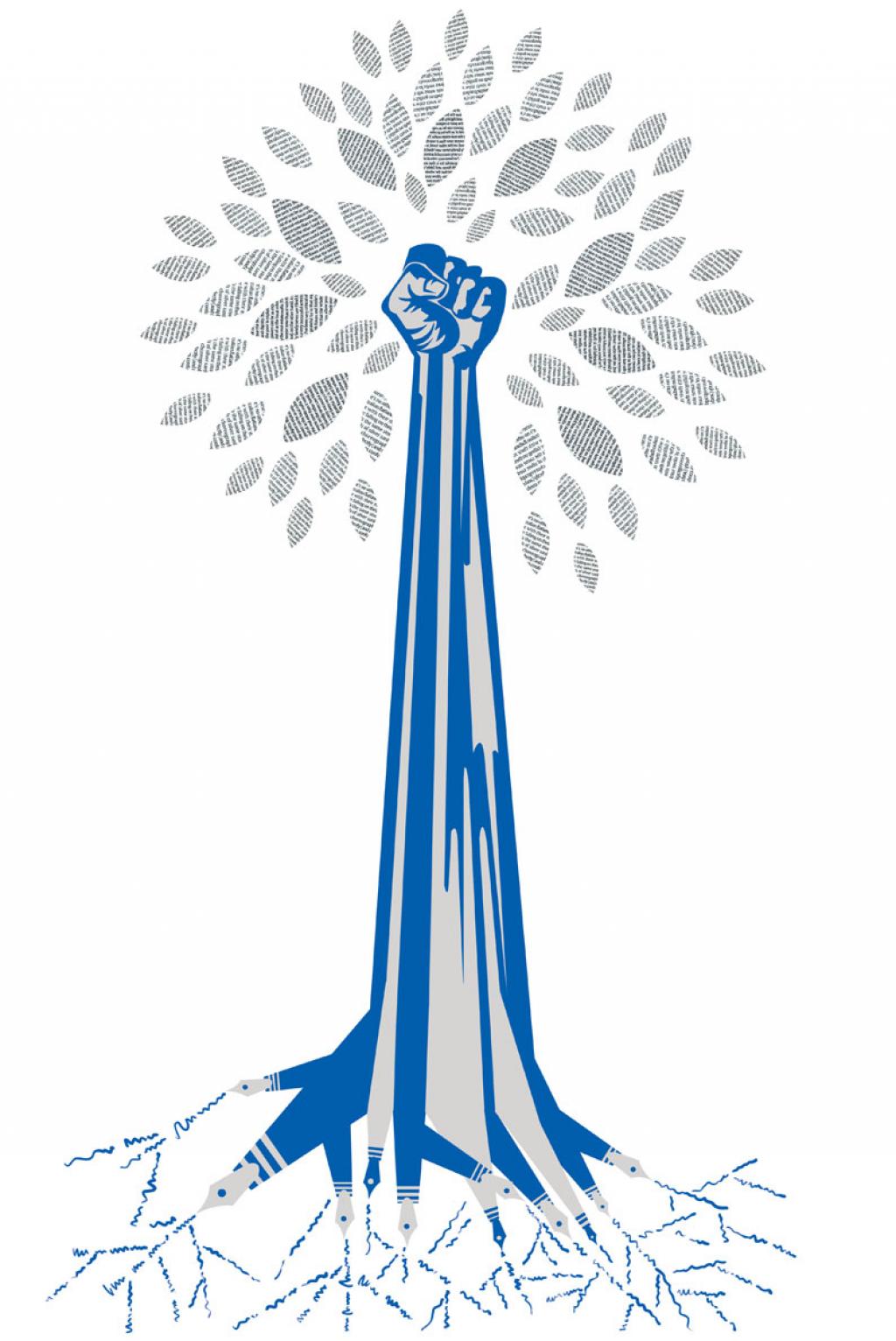