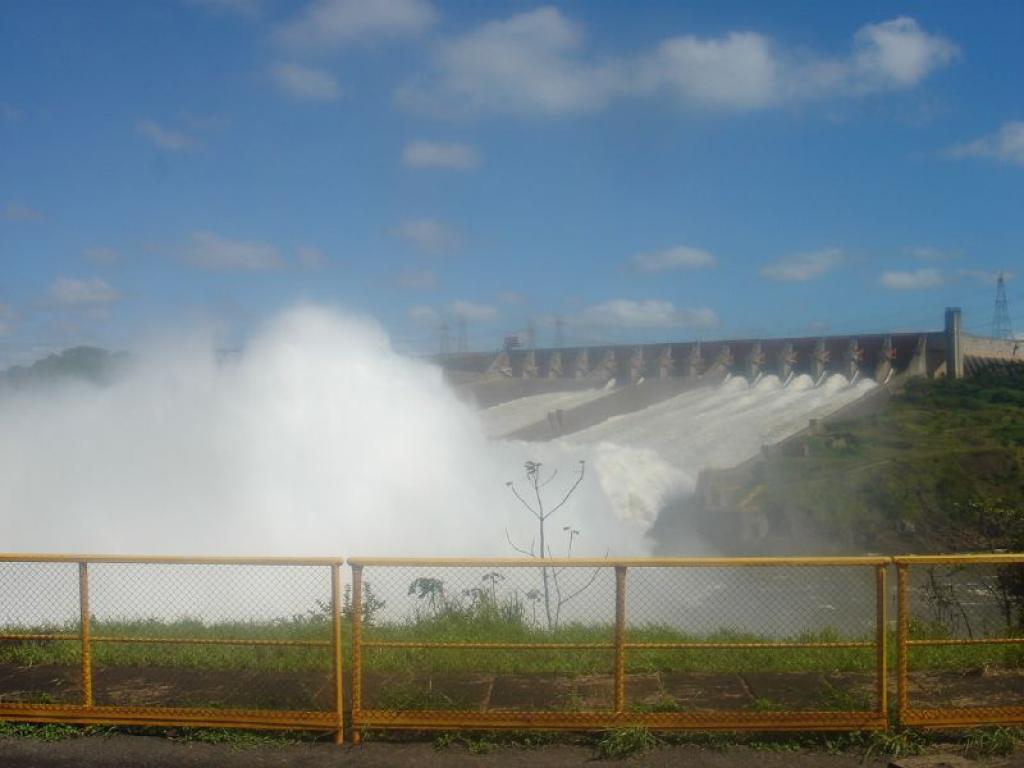 Brazil’s Federal Environmental Agency (IBAMA) announced the cancellation of licensing for the polemic São Luiz do Tapajós mega-dam, the largest hydroelectric project planned for the Amazon. Following recommendations by Federal Public Prosecutors (MPF), the Brazilian agency for indigenous affairs (FUNAI) and IBAMA’s own staff, the decision reflects an official recognition that the São Luiz do Tapajós project is plagued by insurmountable legal obstacles: the flooding of indigenous lands that would cause the forced removal of indigenous Munduruku people from the traditional Sawre Muybu territory – prohibited under Brazil’s Constitution—and a series of other adverse social and environmental consequences of immense proportions that made it impossible to confirm the project’s viability.

The Munduruku people, along with International Rivers and Amazon Watch, welcomed today’s decision as a great success and an important precedent case. “We, Munduruku people, are very happy with the news. This is very important for us. Now, we will continue to fight against other dams in our river,” said Arnaldo Kabá Munduruku, Munduruku General Chief.

“Today’s decision is a major victory for the Munduruku, their allies and the rule of law in Brazil, sending a shot across the bow of the dam industry juggernaut in the Amazon,” noted Brent Millikan Amazon Program Director at International Rivers. “A next step will be to open public debate on the underlying causes of systematic violations of human rights and environmental law, in order to avoid similar disasters with other planned dams in the Tapajos and elsewhere in the Amazon.”

According to a statement issued today by IBAMA’s President, an Environmental Impact Study (EIA) contracted by project proponents failed to present minimal content necessary for an analysis of its socio-environmental viability.  In a preliminary analysis of the EIA, IBAMA staff identified a series of major social and environmental risks that were grossly neglected, including impacts on biodiversity, aquatic ecosystems, migratory fish and fisheries, greenhouse gas emissions, and implications for downstream communities and local urban populations.   Cumulative impacts, related to cascades of other planned dams in the Tapajós basin, in conjunction with industrial ports and waterways serving agribusiness and mining interests, were similarly neglected.

Despite repeated requests from IBAMA, project proponents – including parastatal energy company Eletrobras and private sector partners GDF Suez/Engie, EDF, Camargo Correa, Neoenergia, COPEL, and Endesa Brasil - failed to provide convincing evidence that such impacts had been effectively analyzed, and that adequate mitigation and compensations measures would be possible.

Another fundamental obstacle for São Luiz do Tapajós has been the imminent flooding of the Sawre Muybu indigenous territory, recently recognised by FUNAI as traditional Munduruku lands that should be demarcated according to the Brazilian Constitution.  In early 2016, FUNAI expressed a formal opinion to IBAMA that the project would violate Brazil’s Constitution, given that it would forcibly remove Munduruku communities.

Given the recent history of major dam projects such as Belo Monte in the Brazilian Amazon, where gross violations of human rights and environmental legislation have been the norm, arguably the most substantial obstacle for São Luiz do Tapajós has been the mobilization of the Munduruku people, in defense of their rights and in staunch opposition to the project.  After witnessing first-hand the consequences of Belo Monte, where they staged a series of protests, the Munduruku employed a number of creative strategies, including the “self-demarcation” of the perimeter of the Sawre Muybu territory, where they have placed a series of warning signs, similar to those used by the government. The Munduruku also developed a protocol, describing how a culturally appropriate process of consultation and consent should be carried out, based international human rights agreements, such as ILO Convention 169.

Brazil’s Environmental Minister Jose Sarney Filho recognised that the strident opposition of the Munduruku, coupled with the irreversible environmental impacts of the São Luiz do Tapajós dam and the country’s ample ability to meet its energy needs with clean alternative sources such as solar and wind power made the project “expendable.”

“We have been awaiting such a welcome announcement from the Brazilian government for more than a decade, while witnessing the tragic and unnecessary damming of the Madeira and Xingu Rivers during this time,” said Christian Poirier of Amazon Watch. “We are honoured to stand beside the Munduruku people in their steadfast struggle in the defense of the Tapajós. Today’s victory belongs to them and will hopefully signal the end to further destructive dams in the Amazon.”