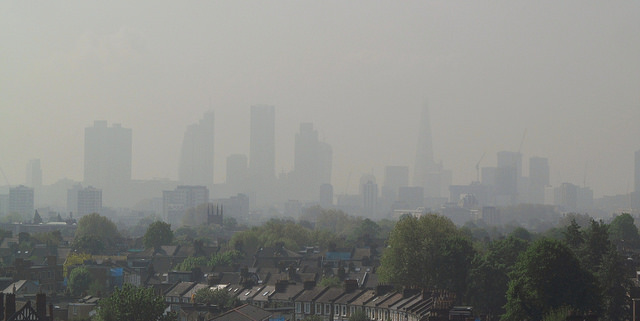 A new study has found that outsourcing manufacturing in countries like China leads to higher global emissions of carbon dioxide. The study, titled Targeted opportunities to address the climate-trade dilemma in China, was published in the journal Nature Climate Change on Monday.

“The amazing increase in Chinese manufacturing over the past 15 years has driven the world economy to new heights and supplied consumers in developed countries with tremendous quantities of lower-cost goods. But all of this has come at substantial cost to the environment,” co-author of the study, Steven J Davis, an assistant professor of Earth system science at the University of California, said in a release published by the University of Maryland.

“The CO2 emissions related to China’s exports are large not just because they export a lot of stuff or because they specialise in energy-demanding industries, but because their manufacturing technologies are less advanced and they rely primarily on coal for energy,” said co-author Klaus Hubacek, a University of Maryland professor of geographical sciences.

The study focused on steel mills, mineral processors and petrochemical plants in Guizhou, Inner Mongolia, Ningxia, Yunnan and Shanxi – provinces and industry sectors in China where the emissions intensity was very high.

Kuishuang Feng, co-author of the study and a research assistant professor of geographical sciences at the University of Maryland, said, “A huge amount of emissions are from a small number of provinces and sectors in China and other developing countries, thus targeting these provinces and sectors by improving their emissions intensity provide excellent opportunities to reduce the overall world emissions at lower costs than setting ambitious mitigation goals in developed countries.”

Solutions, therefore, must be aimed at improving production technologies in these sectors and de-carbonising the underlying energy sector or reducing trade volumes, the study claimed.

The relation between international trade and global air pollution has long been a subject of concern, with studies emphasising the need to reallocate emissions according to where the goods are consumed.

According to a study published in 2014, 36 per cent of sulphur dioxide and 27 per cent of nitrous oxides emitted in China in 2006 were related to goods exported for consumption outside China, particularly in the US. In a consumption-based account of pollution, this would translate into a 6-19 per cent increase in emission of these pollutants in the US.

“International trade has become the fastest growing driver of global carbon emissions and China has the largest share in it. About one-third of all emissions embodied in trade are through China,” Hubacek said.

An earlier study, co-authored by Davis, revealed that nearly 23 per cent of the global carbon dioxide emissions in 2004 were traded internationally, primarily from China.