India recognised cold waves as disaster in 2012. But the country still does not have an effective action plan to mitigate its impact 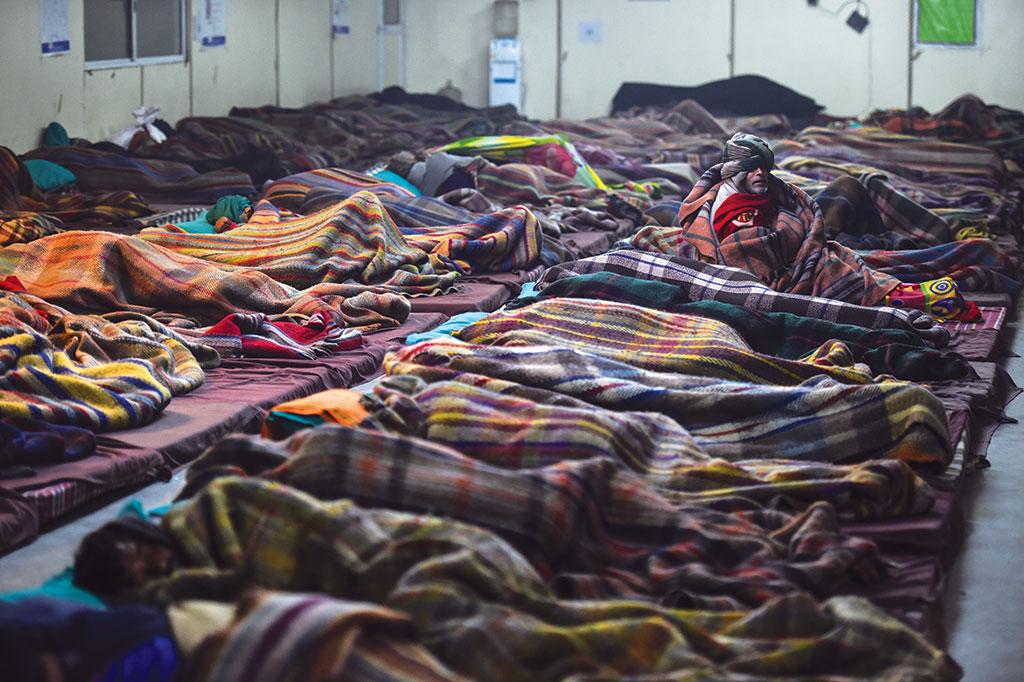 “The cold is literally biting us, but we have no place to go,” said Soni, shivering despite sitting around a bonfire under the Sarai Kale Khan flyover in Delhi on New Year’s Eve. Her family of eight along with millions of other homeless people in north and northwest India were left freezing in the cold this December as the region experienced one of the longest and most brutal cold waves in living memory (see box ‘What caused the unusual freeze’).

More than 30 people are reported to have died in Uttar Pradesh due to the extreme event that broke several records. On December 28, Nagaland received a surprise snowfall after more than 40 years and Bihar’s capital Patna recorded its second coldest day in the decade. Two days later, Delhi recorded its coldest December day when the maximum temperature dipped to 9.4 degree Celsius. It was 11.4°C below normal. On the last day of the year, Nowgong and Tikamgarh in Madhya Pradesh too recorded coldest day temperatures, which were 15.2°C below normal.

It was 200 the next year, as per Envistats 2019 report, released by the Ministry of Statistics and Programme Implementation. The two years account for nearly half of all the cold wave events recorded between 1980 and 2018. This is a cause for concern as cold wave has lethal impact on human health. During the 39 years till 2018, cold waves have killed 8,169 people. This is almost 200 deaths a year. Another worrying trend is that in 22 of the 39 years, cold waves have killed more people than heat waves in India.

Yet the country’s current preparedness is sketchy at the most. “Cold waves have a wide range of impacts, which include health, education, horticulture, water transport, but they are rarely recorded or studied in India,” says Mihir Bhatt, director of non-profit All India Disaster Mitigation Institute, Ahmedabad. In fact, the National Disaster Management Authority (NDMA) notified “cold wave and frost” as a natural disaster only in 2012, a year after 722 people died due to extreme cold.

Little has moved since then. Unlike most other notified natural disasters, including floods and droughts, NDMA is yet to come up with any detailed guidelines exclusively on cold waves. Guidelines are essential for laying down the broad framework under which state governments can prepare their action plans to mitigate the impacts. But all that NDMA’s 384-page National Disaster Management Plan for 17 natural disasters offers is a sketchy two-page list of do's and don'ts to prevent and mitigate the impact of cold wave and frost on humans, animals and crops.

The result is that while 23 states have action plans in place for heat waves, none of them have taken the step for cold waves. What’s worse, though disaster management is a state subject, none of the states consider cold wave as a natural disaster. “This is the reason India’s response system to cold waves appears weak despite a good warning system,” says KJ Ramesh, former director-general, India Meteorological Department (IMD).

Part of the problem lies in the fact that India has so far looked at cold waves primarily from the perspective of agriculture, or so it seems from the National Disaster Management Plan. “Cold wave and frost is a notified calamity for agricultural purposes only,” admits an official with the Ministry of Agriculture and Farmers’ Welfare, which had been the sole nodal agency for the disaster till 2016.

“We are now going beyond agriculture,” says Anil K Gupta, professor at the National Institute of Disaster Management, a premier institute under the Ministry of Home Affairs for training and capacity building on disaster management. Gupta says traditionally cold waves have been restricted to specific pockets. “After this year’s cold spell, there will be scientific studies to understand the phenomenon. If they prove an upward trend, relevant policies will be enacted. We are also contemplating action plans for fog, which is extremely disruptive and related to cold wave,” he adds.

This is a welcome step as fog plays a crucial role in intensifying cold waves which was seen in the recent episode. A paper published in Current Science by IMD scientist Rajendra Jenamani in 2007 found that air pollution increases the average fog hours which in turn reduces day temperatures. The paper analysed that the average maximum temperature over Indira Gandhi airport, New Delhi, in January between 1988-90 and 2005 and found the temperature dipped by 30°C dip while the average fog hours a day increased by six hours.

Health risks due to cold wave also heightens in areas where air pollution is severe. A 2018 study conducted by researchers from Banaras Hindu University and St Johns Medical College in Bengaluru has found that mortality increases by 30 per cent during extreme temperature days. This increases by another 8 per cent during winters in areas with high concentration of air particulates (PM10) compounds.

These understandings are crucial as India cannot continue to overlook the impact of cold waves for long. “Cold waves, which are extreme weather events of the winters, will be on the rise despite the fact that the average global temperature is also rising,” says Ramesh. A 2017 study published in Nature says by the end of the 21st century, both rare cold and heat events are likely to increase over India. North India can expect larger changes than other parts of the country.

Given the trends, NDMA and states need to draw immediate action plans that will equip them with technical and technological know-how, says Bhatt. “Pilot projects in the most vulnerable areas could be the first right step in this direction of mobilising and sensitising local communities.”