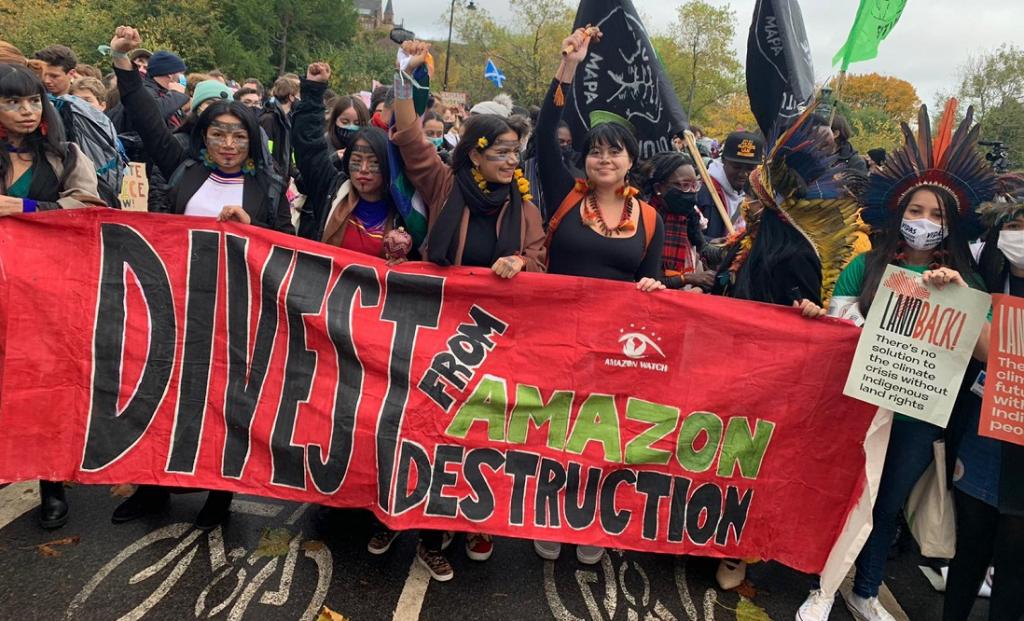 Leaders of indigenous peoples living in various parts of the Amazon have slammed the just-concluded 26th Conference of Parties (CoP) to the United Nations Framework Convention on Climate Change.

The commitments made at CoP26 in Glasgow were non-binding and fell short of the demands of indigenous and frontline communities, a statement quoting Amazonian indigenous leaders and published by non-profit Amazon Watch said.

The statement stated that “rather than taking meaningful action, CoP26 had provided powerful political and corporate actors the opportunity to cement false solutions like Net Zero targets and carbon-trading mechanisms.”

It had allowed governments to push back zero deforestation targets for another decade despite demands to the contrary, the statement added.

Leila Salazar-López, executive director of Amazon Watch said while indigenous solutions were clearly present at the CoP, the Glasgow agreement had failed to address the climate emergency.

“While nearly $20 billion (Rs 14,800 crore) was pledged to protect forests by 2030 that is too late for the Amazon, which faces a catastrophic tipping point. We must protect 80 per cent of the rainforest by 2025,” she said.

This meant implementation of the Amazon for Life Declaration, which calls for an immediate moratorium on deforestation and fossil fuel expansion, direct forest finance to indigenous and forest communities on the front lines of protection and the exclusion of forest-carbon offsets, Salazar-López added.

Brazilian climate negotiators also attempted to use CoP26 to burnish the country’s tattered environment image, announcing a new commitment to achieve zero deforestation and reduce methane emissions by 30 per cent by 2030.

Amazon Watch said these pledges, however, meant nothing given how deforestation had soared under President Jair Bolsonaro to levels last seen in 2008, as the extreme-right populist aims to open the Amazon to industrial development.

The preliminary data from the Brazilian national space research agency INPE showed about 877 square kilometres of forest were cleared in October, a five per cent increase from October 2020. It was the worst October deforestation since the current monitoring system began in 2015.

Jade Begay, climate justice campaign director of NDN Collective and Amazon Watch board member said this year, indigenous Peoples had mobilised their efforts to challenge Article 6 in particular because of its severe implications to indigenous land rights.

“This article promotes carbon market mechanisms that would open up opportunities for land grabs by corporations and governments. We firmly took the position that we would not accept Article 6 unless it includes specific language respecting indigenous knowledge, proper consultation with indigenous peoples throughout the entirety of any decision making processes and an independent grievance mechanism that holds bad actors accountable,” Begay said.