There was an increase of 16% in the numbers of people concerned about loss of biodiversity from 2016-2020, described by experts as ‘eco-wakening’ 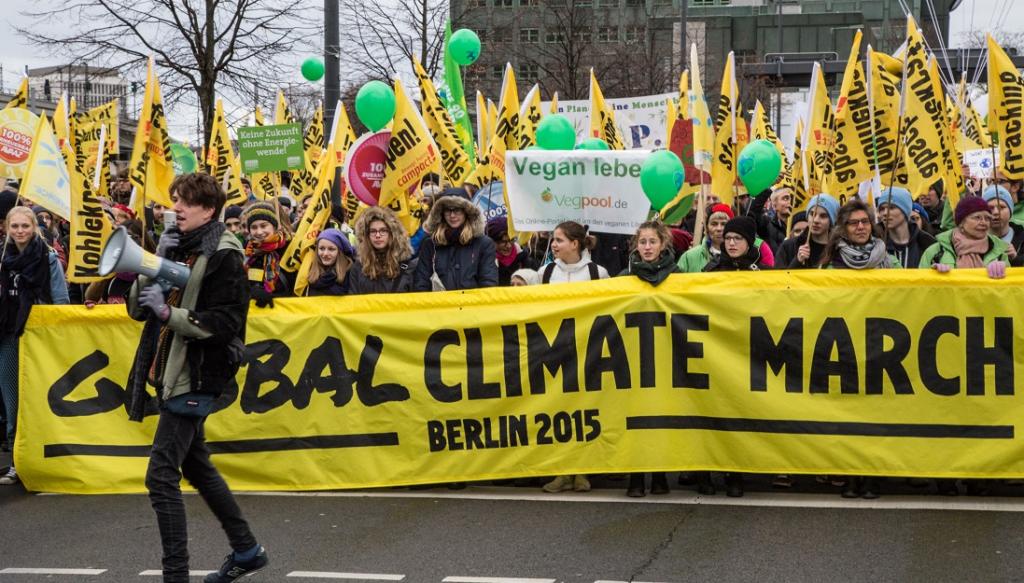 The Global Climate March in Berlin in 2015. Photo: mw238 via Wikimedia

There has been a ‘dramatic increase’ in the number of people concerned about the environment in the past five years, especially after the novel coronavirus disease (COVID-19) pandemic was declared, according to a new research by the Economist Intelligence Unit (EIU).

The research by EIU, commissioned by the World Wildlife Fund (WWF), showed a 16 per cent rise in public concern over nature and biodiversity loss in the past five years (2016-2020).

People, especially in developing economies, were becoming increasingly aware of the planetary crisis, according to a press statement by WWF. The organization termed this change in behaviour as ‘eco-wakening’.

The research showed a 65 per cent increase in ‘digital activism’.

Various influencers and organisations such as the Pope of the Roman Catholic Church, the BBC, the New York Times, etc had voiced their concern over ‘declining nature’. Their combined social media reach equalled nearly a billion people worldwide.

Twitter mentions over nature and biodiversity increased to 50 million from 30 million in the last 4 years.

Changes in consumers’ purchasing habits was also forcing big corporations to respond to ‘eco-wakening’ and sustainability, according to the research.

This was manifested in a steep 71 per cent rise in online searches for sustainable goods. This trend for sustainability was not just restricted to developed countries but was true for developing countries as well, the WWF statement said.

People in Asian countries were increasingly searching more about nature and related topics. This surge was driven by countries like India and Indonesia, with 190 per cent and 53 per cent increases in popular searches over nature respectively. News coverage regarding loss of nature and biodiversity had also increased by 26 per cent according to the research.

Some 90 per cent of Indians who were surveyed by the researchers, were concerned about the loss of animal and plant species.

The Maharashtra government had pledged to declare Mumbai’s Aarey colony as a reserved forest in October 2020, after social media campaigns and protests by environmental activists.