This is an unprecedented phenomenon, say the city's residents

The sight and sounds of birds replaced car horns and many other sources of noise pollution in Kolkata, amid the nationwide lockdown to curb the spread of the novel coronavirus disease (COVID-19).

This was an unprecedented phenomenon, according to several of the city’s residents.

Kolkata’s air and noise pollution were reduced by 50-75 per cent during the lockdown, according to data released by the West Bengal Pollution Control Board.

Birds had reclaimed a part of their lost territory, said Sujata Basu, a resident of a posh locality in south Kolkata.

“I saw and heard the calls of different kinds of birds that I hardly knew about, since the imposition of the lockdown,” said Sk Selim, an autorickshaw driver who stays at a slum in north Kolkata.

Kalyan Rudra, chairman of the state pollution control board, who lives in the city’s Dumdum Park area, spends a chunk of his time photographing birds. 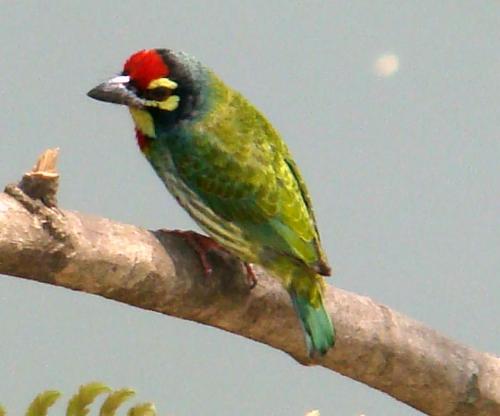 He recorded the sighting of bird species like the yellow-footed green pigeon, purple sunbird, the coppersmith barbet, common tailorbird, common kingfisher, the woodpecker and several others.

“The types and numbers of birds in the open have both increased, with far less ambient noise and air pollution and human interference,” Rudra said.

Sujata Sen, who was the former director of the British Council library of Kolkata and who currently heads a non-profit for disadvantaged children, started an online competition to identify different kinds of birds for her students.

It was not just the number of birds, but also their activities across the city that had increased as well, according to Shakti Ranjan Banerjee, a former director of the World Wildlife Fund in West Bengal.

“The number of birds has not increased overnight. The lack of vehicles and noise allowed them to come out in open. During the lockdown, people have more time to appreciate nature,” said former India player and commentator Arunlal, who is known to be an avid bird watcher.

Experts, however, said the lockdown was not particularly good for those birds whose survival depends on food remnants scattered by humans across the city, something hardly being done anymore.

“I feel more than the number, the behaviour of birds has changed. I saw a pair of orioles descended to roads, something they normally do not do,” he added.

Any increase in numbers was, however, difficult to confirm without any field surveys, according to him.

“After nearly two decades, I saw and heard the call of the pale-billed flowerpecker and the stork-billed kingfisher from my residence,” said Apurba Chakrabarty, an avid bird watcher who lives in a congested neighbourhood in Kolkata.