According to a report, protected areas are critical for maintaining a healthy environment for people as well as nature 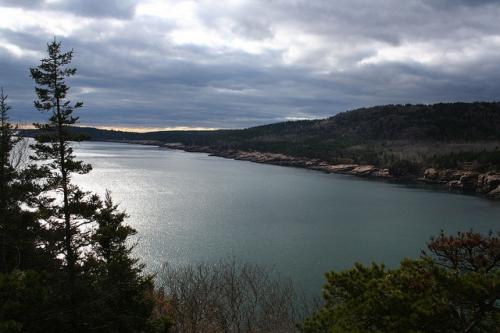 With intensification of human pressure on fragile ecosystems, there is a growing recognition that they are essential for our general wellbeing. Thus, in today’s world, conserving biodiversity and cultural heritage has assumed an important role.

A new report underscores the importance of protected areas and how they sustain the functions and values of natural ecosystems. According to the report, protected areas are critical for maintaining a healthy environment for people as well as nature. They are also essential for biodiversity conservation and vital to maintaining cultures and livelihoods of indigenous people and local communities.

With 14.7 per cent of the Earth’s land and 12 per cent of its waters under protection, the world is on track to meet a major global conservation target, according to the UN Environment and the International Union for Conservation of Nature (IUCN).

However, crucial biodiversity areas are being left out, key species and habitats are underrepresented and inadequate management is limiting the effectiveness of protected areas.

“The huge gains in the number and size of protected areas made in the last decade have to be matched by improvements in their quality,” said UN Environment Head Erik Solheim.

“Today, the world is facing critical environmental and societal challenges, such as climate change, food and water security,” said IUCN Director General Inger Andersen. “Protected areas play a major role in conserving species and ecosystems that help us confront these challenges. Ensuring that they are carefully mapped and effectively managed is crucial if we want to continue to prosper on this planet.”

Evidence of the benefits of protected areas is growing around the world. A recent assessment of the benefits of natural and mixed World Heritage sites showed that beyond the sites’ outstanding natural and cultural values, they also provided important ecosystem services: 66 per cent of sites were important for water quality, 52 per cent were important for carbon sequestration, 48 per cent for soil stabilisation and 45 per cent for flood prevention.

According to the report, in recent years sustainable forest management in protected areas has been increasingly advocated as an effective means to balance conservation, resource use and human well-being. Studies show that sustainable use of parks in Mexico and Brazil are more effective at preventing deforestation than strictly protected ones.

According to scientists at IUCN and the UN Environment’s World Conservation Monitoring Centre, there are 202,467 protected areas today, covering almost 20 million square kilometres or 14.7 per cent of the world’s land, excluding Antarctica. That falls just short of the 17 per cent target set for 2020 by the Convention on Biological Diversity under the Aichi Biodiversity Targets.

Land coverage of protected areas has decreased by 0.7 per cent since the last Protected Planet report. Scientists attribute the decline to fluxes in data, such as changes in boundaries, removal of some large sites from the World Database on Protected Areas and improved data quality, rather than an actual decrease in coverage on the ground.

The report recommends investing in protected areas to strengthen sustainable management of fisheries, control invasive species, cope with climate change and reduce harmful incentives, such as subsidies, which threaten biodiversity.