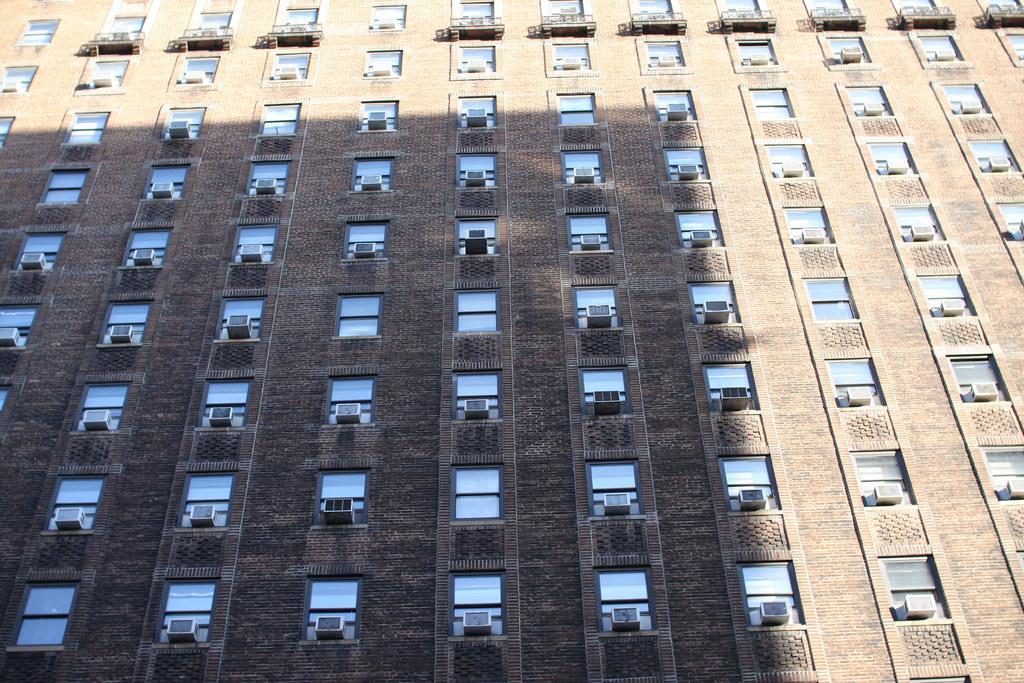 The cooling capacity of ACs drops by 1.4 per cent for every degree rise in the outdoor temperature. Credit: Arvind Grover /Flicker

The Delhi-based Centre for Science and Environment has released the results of the lab tests of energy performance of popular 5-star split room air conditioners (RACs) under normal and maximum temperature conditions to assess how these units perform under different outdoor temperature conditions and how that affects the energy savings from the star labeling programme of the Bureau of Energy Efficiency (BEE). The tests, carried out in National Accreditation for Board for Testing and Calibration Laboratory (NABL)-accredited laboratory in Delhi, shows that a 5-star split room air conditioner performs worse than a 1-star room air conditioner when external temperature reaches 45 ºC—a normal occurrence during summer in northern India. The RAC unit consumes 17-28 per cent more power, spiking the peak load demand on the electricity grid.

The new findings have serious implications as these show that a 5-star RAC, which is supposed to save 20-22 per cent of energy cost compared to a 1-star RAC, can consume 5-25 per cent more electricity than the 1-star RAC when temperature is much above 40 ºC and crosses 45 ºC mark.

It is not unusual for RACs to consume more power to cool and suffer energy efficiency losses under climatic stress. But Bureau of Indian Standards and the Bureau of Energy Efficiency will have to address this with more stringent standards and test procedures to mimimise deterioration in the real world. Extreme weather and heat wave are expected to get more intense in northern and western India.

About the CSE study

CSE commissioned an independent National Accreditation for Board for Testing and Calibration Laboratory (NABL)-accredited laboratory to test RAC units. It investigated

Three popular 5-star split RACs models were bought from the market and tested for their energy efficiency and cooling performance using the balanced ambient calorimeter method.

For this study, only split RACs have been selected as Indian Society of Heating, Refrigerating and Air Conditioning Engineers (ISHRAE) data shows maximum market growth in split RAC segment which is over 61 per cent of total RAC sales in India. RAC models—Voltas, LG and Godrej—were used. These three brands account for about 50 per cent of Indian RAC market.

This study is not a ranking of companies or their products. Only popular models representing sizeable market share have been selected to get indicative results.

What has CSE found?

Power consumption increases as outdoor temperature increases: On an average, power input/consumption increases by 1.9 per cent for every degree rise in the external ambient temperature above 35ºC. In peak summer with afternoon external temperatures lies in 45-50 ºC range, the RAC unit consumes 17-28 per cent more power, spiking the peak load demand. Thus, the consumer incurs more cost to run these AC during peak times compared to what is advertised by BEE and the manufacturers.

When RAC users lower room temperature more than it is required, energy efficiency drops: According to the India’s National Building Code of the Bureau of Indian Standards, the thermal comfort lies between temperature values of 25°C and 30°C with optimum condition at 27.5°C, which is also influenced by age, metabolic rate and clothing and other climatic conditions. But as comfort expectations of people are changing, users are often lowering room temperature to as low as 20°C. This is leading to an enormous energy penalty. Energy efficiency was measured at 15.31 per cent when the room temperature was lowered from 27°C to 20°C. This works out to be 2.19 per cent drop in energy efficiency ratio for every degree lowering of internal temperature below the standard 27°C. Thus, performance of a 5-star rated AC is equivalent to that of 2 or 3-star ACs when the internal temperature is lowered to 20°C.

Implications of the findings

While some deterioration in energy performance and cooling capacity is expected under climatic stress during hot summer months, such short-duration spikes can undermine long-term energy savings and monetary gains. For example, in monetary terms, running a 5-star RAC for couple of hours of peak afternoon during summer under normal conditions should cost about Rs 490 a month. But with worsening of energy performance it can cost anywhere between Rs 660-780 (based on Delhi’s non-subsidised tariff rate of Rs 5.8 per unit). It will also cool about 30 per cent less.

With climate change and more extreme weather conditions and heat waves this has serious implications. The observed temperature data for 60 cities in different climatic zones available from the Bureau of India Standards shows that 41 cities have at least 175 hours in a year when external ambient temperature is above 35°C. As many as 22 out of 41 cities that include Delhi-NCR, Jaipur, Ahmedabad, Lucknow and Raipur have temperature around 40°C or above. Almost whole of north Indian plains has significant number of hours in the year with ambient temperature above 40°C.

This is further worsened in local climate by the heat island effects that increase local temperature conditions by almost another 8-10°C higher than the ambient air temperature. For instance, IIT Delhi study shows that average ambient temperature in Delhi during April, May and June is about 38°C, but in micro-climate of Connaught Place, it can be 46-48°C. Also, RACs themselves contribute to the heat island by warming up the immediate environment outside. This shows how star labeling programme of RAC can be negated if these are not subjected to more rigorous tests.

Currently, for energy efficiency testing and labeling of RAC, India has adopted ISO test procedures for mild climate that is 35°C outside and 27°C inside. Additionally, system reliability test is done at maximum temperature of 46°C.  These ranges are lower than ISO’s testing requirements for hot climate that is 46°C outside and 32°C inside and maximum temperature at 52°C. BIS should review and adopt additional tests at higher and multiple temperature range for testing of energy performance of ACs as is appropriate for India.

What other governments do?

Test RACs under multiple high temperature conditions: The countries with harsh summer have adopted multiple temperature range for testing of RACs. Saudi Arabia has adopted both ISO mild and hot climate testing requirements to not only ensure efficient performance of the RACs during wide range of temperature conditions but also during the extreme heat. Bahrain adopted Saudi model in 2016.

Australia has made it more stringent by adopting star rating system that is based on an annual efficiency calculation. They consider a range of parameters, including installation, usage patterns, air temperature, water temperature, frosting, humidity and cloud cover, standby power and power consumption of crankcase heaters for rating. This gives a more accurate idea of energy efficiency across the year. Australia is moving to a zone-based energy efficiency labelling system.

Other governments define cooling needs: Without proper policy guidance there is a misconception among RAC consumers that drastic lowering of room temperature will provide desired comfort. But for every degree reduction in internal room temperature, there is increased energy consumption of three to 10 per cent. But by setting the RAC a couple of degrees higher and using fan to blow cool air reduces electricity use considerably. Tests in Tokyo show that raising the RAC’s thermostat from 26oC to 28oC and using an electric fan can reduce electricity consumption by up to 22 per cent. After the Fukushima disaster when Japan faced major power crisis, Japanese government mandated all ACs in the country to run at temperature setting not lower than 28oC. It also introduced Bush Shirt rule to relax dress code in work place to encourage comfortable clothing.

It is therefore recommended that the current test procedures for energy performance and comfort-related parameters for the rating of the RACs are viewed and following steps are taken to meet targeted real world energy efficiency performance:

This study is limited to split RACs and hence, similar assessment will have to be done for inverter ACs and window ACs. At the next level of review of the star labelling programme, it is important to make the labelling programme technology neutral and develop more stringent test procedures and systems for monitoring of real world performance.