Bangladesh's fisherfolk tune in to community radios to prepare for cyclones 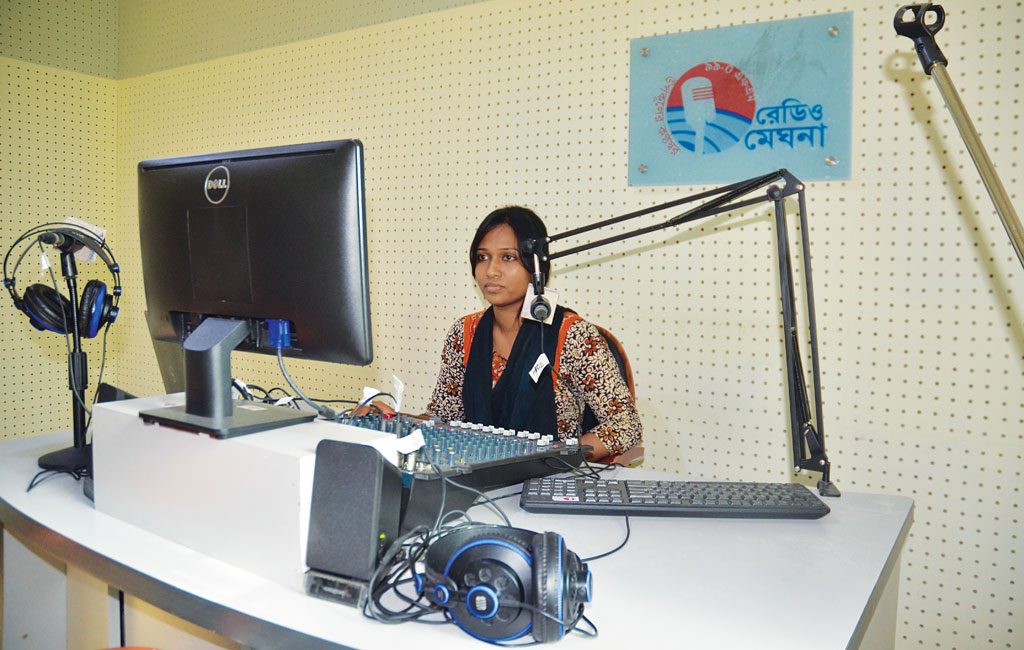 In july 2015, when cyclone Komen was heading towards Bangladesh, residents of Char Madraz block, located in Bhola district in south-west part of the country, went into a tizzy. “I had already moved my house at least 15 times to escape the wrath of cyclones,” says 60-year-old Muhammad Abdul Khalid Darzi, a fisherman living in the area. Good luck came in the form of Radio Meghna, which synthesised information from the emergency control room, TV and internet reports and aired constant updates during the cyclone. “The radio was on air non-stop from 12 am of July 23 to 6 pm of July 30, and informed people about the cyclone Komen’s movement, evacuation warnings and cyclone shelters,” says Rashida Begum, senior manager, Radio Meghna. It is estimated that commnity radios saved more than one million people who were accommodated in cyclone shelters during cyclone Mahasen in 2013 and cyclone Komen in 2015.

Blowing in the wind Radio Meghna is one among 17 community radios in Bangladesh, broadcasting 120 hours of programming each day. Around 1,000 young women and men are working in these community radio stations as rural broadcasters in 13 districts, which are cyclone-prone. Radio Meghna was started in 2015 by the Coastal Association for Social Transformation (coast) Trust, a non-profit, and is managed by an all-women staff. For the fisherfolk dependent on the sea for their livelihood, information on how the sea is likely to play up on a particular day is vital. The commu-nity radios also keep people in touch during a disaster. Radio Meghna also airs live telecast of phone conversations with people stranded in remote regions. “We were constantly in touch with fisherfolk from different blocks to get their first-hand expe-rience and we shared it through the radio to people even in remote areas. Listeners also became pro-active and constantly sent updates through sms,” adds Begum.

The role of community radios cannot be underestimated. National radios are often unable to reach fisherfolk when they are fishing in deep sea. Community radios, on the other hand, have outreach and fre-quency, which is audible to listeners even in relatively deep waters. “Community radio is available through FM and can be heard using earphones, so it is much easier to access these radios even when at sea,” says Abu Zahir, a fisherman living in the area. Radio Meghna has become popular in Bhola, the island which has witnessed one of the deadliest cyclones in 1970. 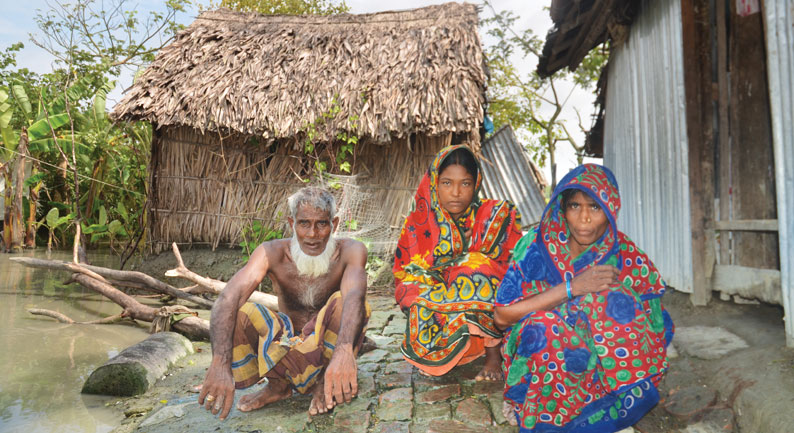 On the radar Bangladesh is among the worst affected nations due to climate change. The Fifth Assessment Report of the Intergovern-mental Panel on Climate Change (ipcc) indicates that the frequency and intensity of cyclones will increase in the coming decades. For instance, Char Netwon, an island in Charfashion block, was submerged in 2014 by overnight heavy rain, high-intensity waves, storm surges and sudden flooding due to the shifting course of Meghna river (see ‘In the eye of the storm’).

Local people say their understanding of weather phenomenon is failing due to the advent of unseasonal monsoon and sudden storm surge events and cyclones. Earlier, even an eight-year-old boy from the fishing community could anticipate and predict weather patterns.

“The elderly people based their predic-tion on wind speed at the coast and the height to which water (waves) will rise in the sea. But now we are flummoxed with the suddenness and rapidity at which the winds and the waves change,” says Muhammad Ali Mir, a fisherman. They are unable to anticipate the intensity of the storm.

These community radios have mush-roomed as a result of the Bangladesh’s Com-munity Radio Installation, Broadcast and Operation Policy unveiled in March 2008. Mohammad Abdul Qayyum of the Ministry of Disaster Management and Relief under-lines the relevance of community radio stations as a crucial link in the process of timely channelisation of information. “The information from the Bangladesh Meteoro-logical Department is received at the Cyclone Preparedness Programme head-quarters. From here, the information is shared through wireless networks to com-munity radios to ensure connectivity with remote regions,” says Qayyum.

Among other measures, the govern-ment also garnered the support of develop-ment partners, civil societies and non-governmental organisations, training more than 50,000 volunteers, 50 per cent of them women. The success of community radios in Bangladesh is giving climate adaptation a whole new meaning.