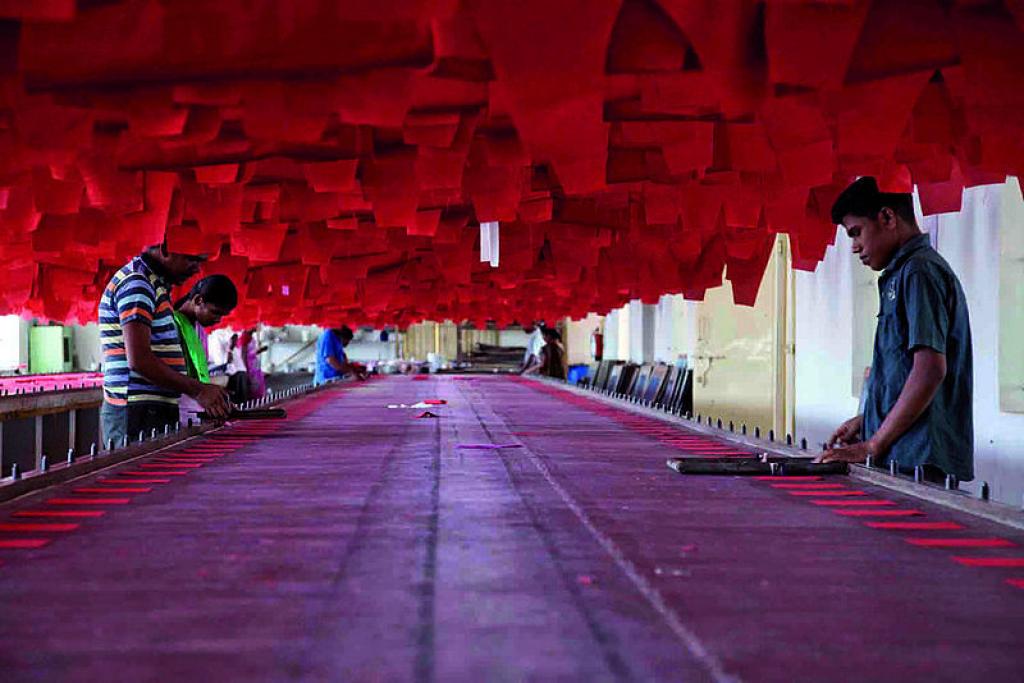 The fast fashion industry is set to boom, projects the State of Fashion report 2018 released by McKinsey & Company. It says that the sector will be more environmentally responsible and sustainable than 2017, but the ecological impact and especially carbon footprint of the sector remains a cause of concern.

Today, textile production is the world’s second most polluting industry after the oil industry. The total greenhouse gas emissions from textile production currently stands at 1.2 billion tonnes annually and this is more than those of all international flights and maritime shipping combined, says the journal Nature Climate Change. It is estimated that the fashion industry is responsible for 10 per cent of the global carbon emissions and according to UNFCCC, the sector’s emissions are to rise by more than 60 per cent by 2030, if transformation towards a sustainable fashion industry fails to materialise soon.

The fashion sector represents an annual global turnover of around 160 billion Euros. It produces 60 million tonnes of garments a year, which could reach 100 million by 2030. The number of fashion seasons which have increased from two a year—spring/summer and fall/winter—to as many as 50-100 micro seasons will be an important factor behind the projected growth which includes production and consumption.

This sector, which employs 60 million people around the world, mainly in developing countries, may celebrate this projected growth. But the increase in appetite for fast, disposable fashion among developing countries, including India, will contribute to unsustainable production and consumption of clothes. In order to sustain itself in this competitive national and global market, the sector will compromise with sustainable production to shorten the production cycle and dump markets with new and cheap designs.

According to estimates, 262 per cent more CO2 is emitted to produce a single polyester T-shirt than a cotton shirt. But substituting polyester with its recyclable counterpart offers up to a 90% reduction of toxic substances, a 60 per cent reduction in energy usage, and up to a 40 per cent dip in emissions, says Pulse of the Fashion report 2018.

Carbon budget and the fashion industry

Worldwide, clothing utilisation—the average number of times a garment is worn before it ceases to be used—has decreased by 36 per cent compared to 15 years ago. After use, less than 1 per cent of the material used to produce clothing is recycled into new clothing. 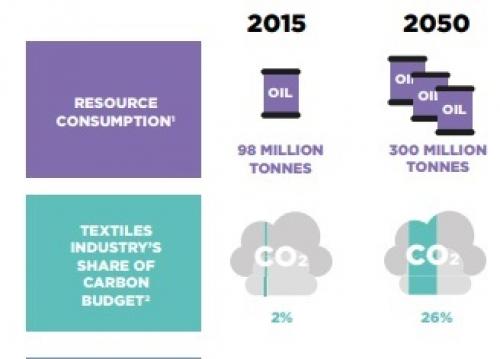 An estimated USD 500 billion value is lost every year due to this take-make-dispose model, which means clothing that’s barely worn and rarely recycled. If nothing changes, by 2050 the fashion industry could use more than 26% of the carbon budget associated with a 2C pathway, warns Ellen MacArthur Foundation.

But, it is possible to reduce the industry’s GHG emissions, says Ellen MacArthur Foundation while providing a roadmap through the new textiles economy. For example, if on average, the number of times a garment is worn was doubled, then GHG emissions would be 44 per cent lower, while textiles made from recycled materials have lower emissions than those made from virgin materials. Using low-carbon materials and production processes (including renewable energy and energy-efficiency measures) would further reduce the GHG emissions of a new system.

The production and consumption patterns of the fast fashion affect many aspects of development. It certainly can contribute to achievement of the 2030 Agenda. On July 10, 2018, UN officials at the high-political forum for sustainable development, reviewed the industry’s environmental impact. They said the fashion industry does need to change the gear and it’s time to make sustainability the next fashion trend. They agreed that the fashion industry will benefit from increased collaboration and 10 UN nations came together to establish the UN Alliance on Sustainable Fashion. The UN Environment will formally launch this forum at the next Environment Assembly in March 2019. Meanwhile, this alliance will reach out to wider audiences, targeting the private sector, governments of UN member states, NGOs and other relevant stakeholders with a unified voice.