Floods, earthquakes, landslides: Why Arunachal’s Etalin hydel project can be a worry

The contentious 3,097-megawatt Etalin Hydroelectric Project (EHEP) — proposed to be developed as a joint venture between Jindal Power Ltd and the Hydropower Development Corporation of Arunachal Pradesh Ltd — in the state’s Dibang Valley has again sparked concerns over damage to ecology and threat of natural disasters.

The ambitious project — a combination of two run-of-the-river schemes with limited storage requiring concrete gravity dams on rivers Tangon and Dri — has run into several controversies since its inception in 2008 over concerns of ecological damage, forest invasion and tribal displacement.

The latest addition to the series of events was a Forest Advisory Committee (FAC) meeting on April 23, 2020 held to deliberate on a host of environmental projects, including the EHEP. It noted that all representations against the EHEP project were “as similar or same in content”.

The FAC is a body under the Union Ministry of Environment, Forest and Climate Change (MoEF&CC).

“These representations are general in nature and no new detailed scientific, economic or sociological evidence was provided for specific analysis / deliberation,” the committee members noted.

The FAC, however, asked for inputs from the Impact Assessment Division, MoEF&CC, on whether environmental impacts of the proposed project and mitigating measures have been considered.

Days after the meeting, Chintan Sheth, an independent researcher, wrote a letter to the FAC on April 27, outlining risks of constructing mega dams over Dibang river.

“The region is a high-mountain watershed prone to natural hazards because of its unique and complex geological, ecosystem, weather and climatic conditions,” noted Sheth.

The South Asia Network on Dams, Rivers and People (SANDRP), too, had written to the Expert Appraisal Committee (EAC) detailing geological and seismic risks and threat to biodiversity in 2015 — when appraisals to grant environmental clearance (EC) to the project were underway.

The minutes of EAC meetings asked the project proponents to submit their response to the issues raised by SANDRP.

“We wrote to them [EAC] saying your environmental impact assessment doesn’t take into account these risks. But they did not consider these risks, which makes the decision to grant EC to the project flawed,” said Himanshu Thakkar, coordinator, SANDRP.

In January 2017, the EAC recommended granting EC to EHEP.

“They [project proponents] keep coming across ‘geological surprises’ [once the construction starts] in project after project in the Himalayas, the costs keep increasing and construction keeps getting delayed,” Thakkar said. He observed that EHEP may face a similar fate if its EC is not reviewed.

SANDRP also noted that the project did not fit the meaning of a ‘run-of-the-river’ project, given that it entails large-scale diversions of 16.5 km in Dri River and 18 km in Tangon River. “Run-of-the-river essentially means that the project will be installed without affecting the river run,” Thakkar explained.

Down to Earth sent an e-mail to the FAC members asking about concerns raised by Sheth and the SANDRP. The copy will be updated if and when a response is received.

The rivers on which the two mega dams have been proposed are located 80 kilometres from the closest glacier, Sheth noted. 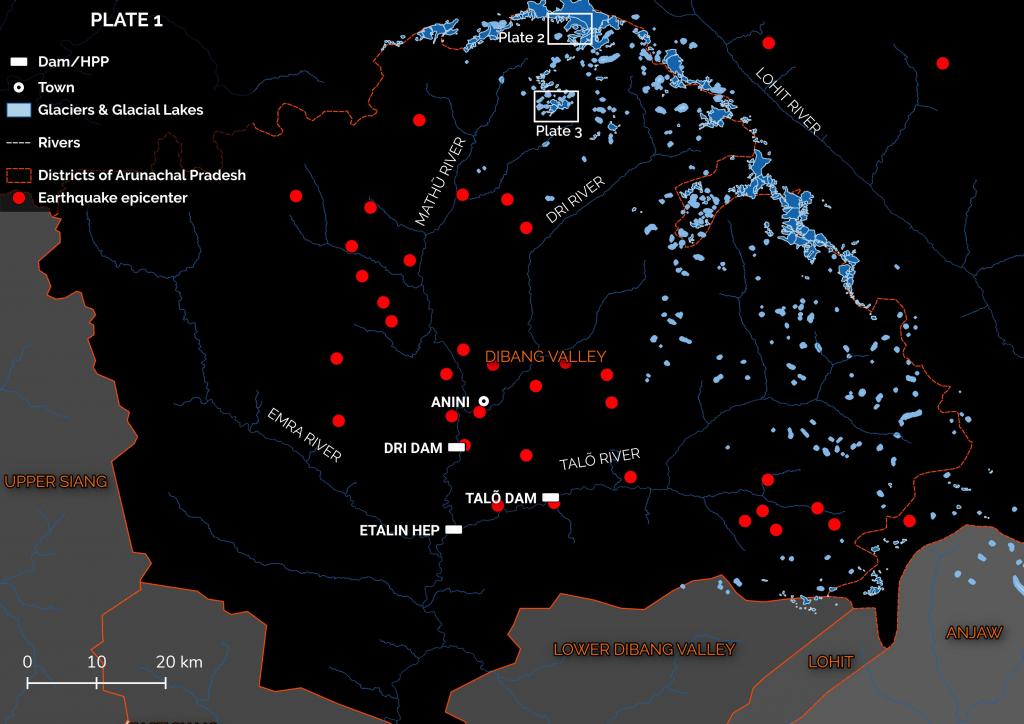 The Dibang watershed has approximately 350 glacial lakes with a cumulative area of 50 square kilometres, according to Sheth. These glaciers have lost mass and retreated due to climate change. They are set to lose up to 40 per cent of their current volume by 2030 and 60 per cent by 2050.

One of the consequences of glacial thinning is the emergence of lakes on the surface of glaciers (supraglacial lakes), which “grow rapidly in size and catastrophically drain as glacial lake outburst floods (GLOFs),” Sheth stated in the submission. GLOFs entail heavy costs to human life and livelihood — a case in point is the 2013 Kedarnath floods and landslides that claimed 5,500 lives.

In seismically active eastern Himalayan region, where landslides are a common phenomenon, the debris form a temporary dam-like structure that blocks the flow from glacial melt, leading to the formation of a glacial lake, said Jagdish Krishnaswamy, senior fellow at the Suri Sehgal Centre for Biodiversity and Conservation, Ashoka Trust for Research in Ecology and Environment.

“If this temporary dam gives way, it can be catastrophic. It will carry not only water but also debris and sediment that will cause devastation downstream,” Krishnaswamy said.

He warned the event can stem from a regular glacial melt — climate change will further aggravate these risks.

“And we don’t know if such risks have been assessed as part of plans for building EHEP,” he added. “If the risk of these occurrences are high, one should probably not have a dam here at all because mitigating such risks with changes in dam design is likely impossible.”

A submission made by SANDRP in February, 2015 had noted that the GLOF section of the Environmental Impact Assessment (EIA) report was “very inadequate”, given that it did not provide a history of past GLOFs, the scale of the risk, existing glacial lakes in the region and their distance from dam sites. “In the climate change scenario, such neglect of GLOF phenomenon is unacceptable,” SANDRP had stated.

According to Sheth’s research, supraglacial lakes have already formed and ice chunks broken off glaciers. He warned that there was an urgent need to map glacial lakes in the Dibang watershed, assess flooding risks and ascertain if the EHEP design accounted for variables in water inflow. 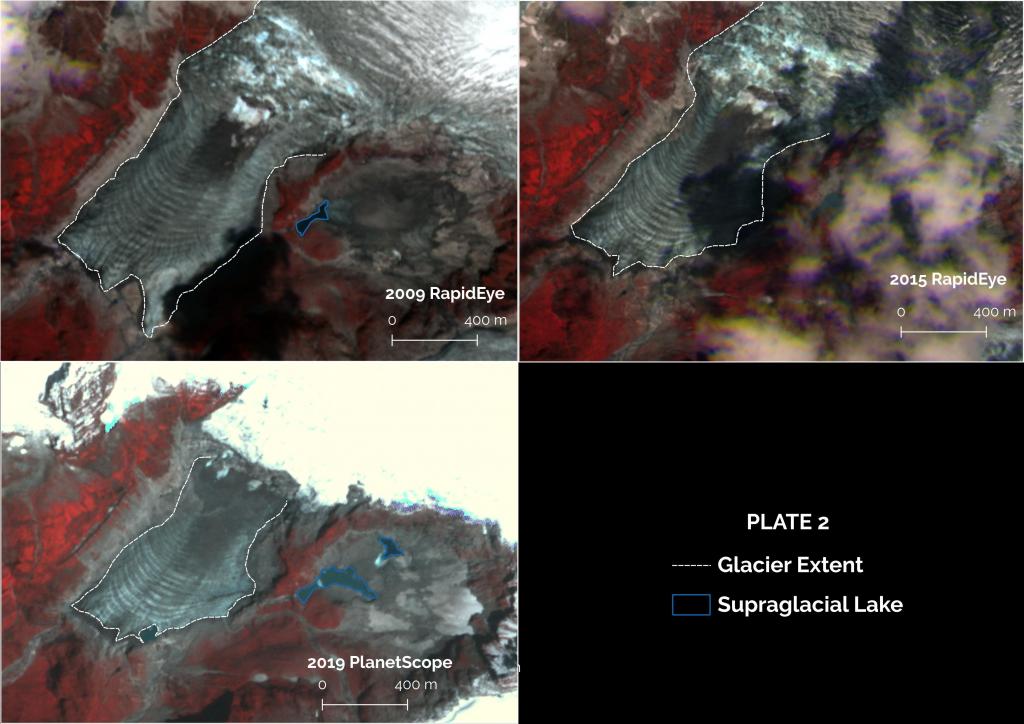 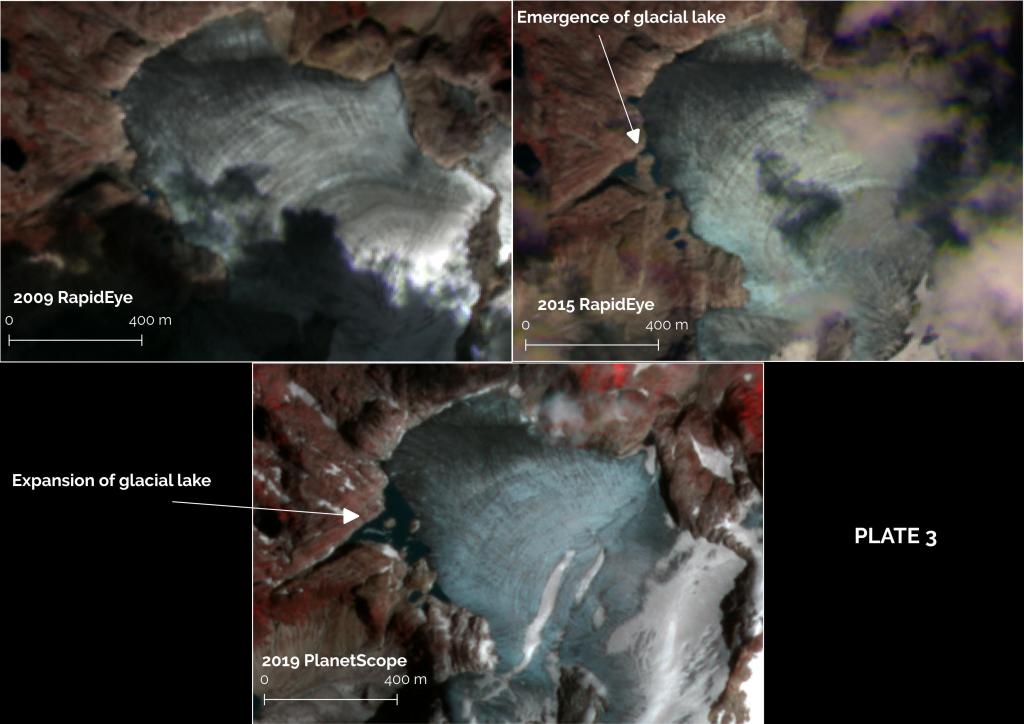 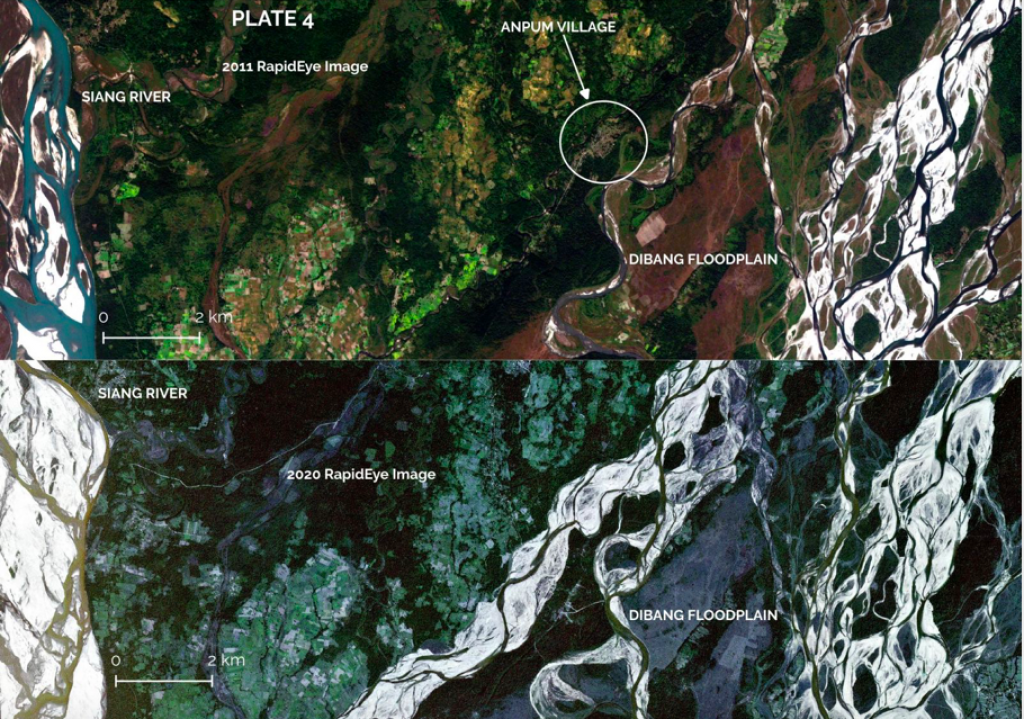 This puts the feasibility of hydroelectric projects such as the EHEP and the Dibang Multipurpose Project (DMP) in severe jeopardy, for the electricity generation of these projects depends on predictable and stable stream flow.

“The reduction in glacier discharge will decrease the electricity production capacity of the forthcoming dams in the coming decades,” Sheth claimed.

The 2014 Uttarakhand State Action Plan on Climate Change stated that the receding of the Gangotri glacier at the rate of 20–22 metres annually has “grave implications for water availability downstream and hydropower generation.”

The action plan also noted that glacial melt can “lead to the formation of GLOFs and heavy flows, initially followed by dry spells”. The document observed the same key observation made by other researchers — that unpredictability in stream flow will pose serious concerns about electricity generation.

“This is a tectonically active, geologically unstable part of the Himalayas. In fact, the entire Himalayas are unstable because they are still rising from the Indian plate by pushing against the Eurasian plate,” Krishnaswamy said, adding that developmental activities only aggravate the instabilities.

Since the 1900s, Sheth noted that 34 earthquakes have occurred in Dibang Valley district. Seven earthquakes of magnitude greater than three on the Richter scale were recorded in the immediate vicinity of the two proposed dams, according to the United States Geological Survey, 2020.

Arunachal Pradesh falls in the category ‘Zone V’ (maximum risk) in the mapping of seismic zones in India. In its submission, SANDRP noted that geological and seismic risks were “severely underplayed” in the EIA report.

Historical records show that earthquakes that do not show surface ruptures are succeeded by greater earthquakes with ruptures, according to Sheth. A case in point is the earthquake that occurred in Arunachal Pradesh’s Upper Subansiri district in July 1947; there was no surface rupture, but the additional built-up strain was released 280 km away.

The 1950 earthquake in Lohit district’s Mishmi hills, which measured 8.6 on the Richter scale and killed at least 4,800 people, was the largest ever instrumentally recorded earthquake in the Himalayas.

“Where the built-up strain from the Gorkha earthquake will dissipate is anyone’s guess,” Sheth noted, adding that there were “no operational seismic monitoring stations in Dibang Valley” presently.

“The rate of increase in landslide activity at the end of the century is expected to be greatest over areas covered by current glaciers and glacial lakes, potentially exacerbating the impacts of cascading hazards on populations downstream,” said a paper published in February, 2020.

“Incidences of heavy rainfall will increase with climate change, especially in mountains near glaciers and glacial lakes” Sheth said.

The larger question that needs to be addressed is if large hydroelectric projects, ie, projects of more than 25 MW, should be classified as a renewable source of energy.

In March 2019, the Union government moved to recognise large hydroelectric projects as a renewable source of energy. The multiple risks and uncertainties mentioned above, however, make this move questionable.

The ‘renewable’ status is given to grant certain incentives to generators of renewable sources of energy, Thakkar said. “But the first question should be what is ‘renewable’? Sites where large hydel can be built are a limited resource. Once these sites are used for construction of dams, they’re not usable again,” he added.

“It is questionable if large hydro [power projects] in this kind of geology and geography are really renewable," said Pratha Jhawar, deputy programme manager, Renewable Energy, Centre for Science and Environment.

Thakkar cited an example of Subansiri dam, border of Assam and Arunachal Pradesh, which was expected to be completed by 2018.

“The work on it stopped in 2011. Another example is the Maheshwar [Hydel Power] Project on Narmada where work has been going on for about 25 years. Now, after spending thousands of crores and building the dam, they say the project is not viable. What happens to the site now? It’s lost and exhausted. This is not renewable,” Thakkar said.