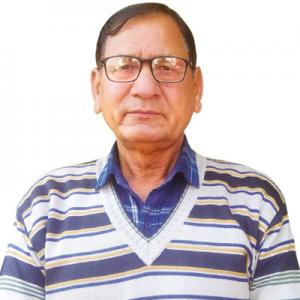 India has a culture of carrying out plantation drives and they attract huge participation. The survival rate of these plants, however, remains low as most are left uncared for. This always bothered Kalyan Singh Rawat, who is now 66 years old and lives in Dehradun, Uttrakhand.

So in 1994, this biology teacher at the government intercollege in Gwaldam, Chamoli district, started the Maiti Andolan. Maiti in local language means the home of a bride’s mother.

Rawat’s idea was simple: Each bride would gift a sapling to her mother before leaving for her in-laws’ house. In return, the newly wed would get sapling of a fruit-bearing tree.

Over the years, more than 500,000 plants have been sowed under the initiative and each one has been raised with love and care because of the emotional connect. This has improved water and fodder availaibility in the region.

“We also carry out plantation drives. In one such drive, we transformed a 10-hectare barren land into a small forest in Chamoli and named it after Gaura Devi to pay homage to the Chipko movement,” he says, adding that the movement brought him close to nature.

The idea of Maiti came to him in 1982 when his wife, Manju Rawat, planted two papaya trees in the backyard just days after their wedding. The couple invested time and effort in the trees and were overwhelmed when they bore fruit.

Drawing from the experience, Rawat undertook similar initiatives in nearby communities, but those were unsuccessful. In 1987, Uttarkashi witnessed a severe drought. To ensure that the parched trees were taken care of, a tree coronoation ceremony was organised.

A village-level tree committee was also established and the panchayat head was made its chief. That was also the time when Rawat had started sensitising students about the Maiti initiative. Soon, at a wedding, a bride gifted her mother a sapling. “The gesture affected all at the wedding and the practice became the norm in Uttarakhand. Now, most wedding cards mention Maiti as a distinct ceremony,” Rawat says.

The practice has also become popular in Gujarat, Rajasthan and Himachal Pradesh. In fact, it has now gained international recognition. Some cities in Indonesia have made it mandatory for couples to plant saplings before getting their marriage registered. The initiative is successful in Nepal as well. Flora MacDonald, Canada’s foreign minister in the late 1970s, met Rawat in 1999 and promised him that she would popularise the initiative in her country.

This biology teacher has been awarded Padma Shri this year and says the initiative can go a long way in increasing local climate resilience.