How seagrass can aid in curbing coastal erosion 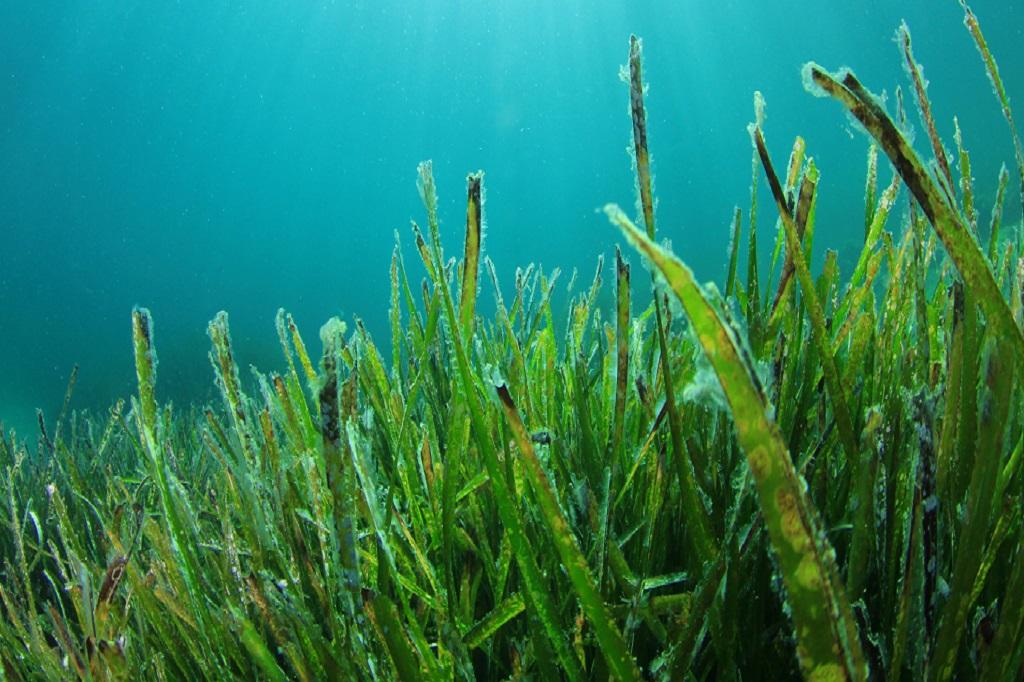 Scientists from the Massachusetts Institute of Technology (MIT) in the US, have for the first time used mathematical modelling to understand that large and dense a continuous meadow of seagrass can help provide adequate damping of waves, which can not only prevent beach erosion but also protect seawalls.

In the study, artificial versions of seagrass, were assembled from materials of different stiffness to reproduce the long, flexible blades and much stiffer bases that are typical of seagrass plants such as Zostera marina, also known as common eelgrass.

These artificial plants were set up in a meadow-like collection in a 24-metre wave tank in MIT’s Parsons Laboratory, which can mimic conditions of natural waves and currents, and were subjected to a variety of conditions, including still water, strong currents, and wave-like sloshing back and forth.

Next, the simulated seagrass plants were subjected to very low-velocity waves. Using the physical and numerical models, the researchers analysed how the seagrass and waves interact under a variety of conditions of plant density, blade lengths, and water motions.

The study, published in two research journals — Coastal Engineering and the Journal of Fluids and Structures — demonstrated that by reducing the force of the waves and thus providing protection against erosion, the seagrass can trap fine sediment on the seabed and prevent the growth of algae, which in turn causes a depletion of oxygen that can kill off much of the marine life, a process called eutrophication.

Further, the seagrass also has a potential to store carbon dioxide, using its own biomass as well as by filtering out fine organic material from the surrounding water, said Heidi Nepf, professor of civil and environmental engineering at the MIT.

An acre of seagrass can store about three times as much carbon as an acre of rainforest. Globally, seagrass meadows are responsible for more than 10 per cent of carbon buried in the ocean, even though they occupy just 0.2 per cent of the area, added Jiarui Lei, a doctoral student at the MIT.

Using “this model the engineers and practitioners can assess different scenarios for seagrass restoration projects, which is a big deal right now,” Lei said, adding that a smaller area, less expensive to restore, might be capable of providing the desired level of protection.