India’s climate story: Floods to drought and back again 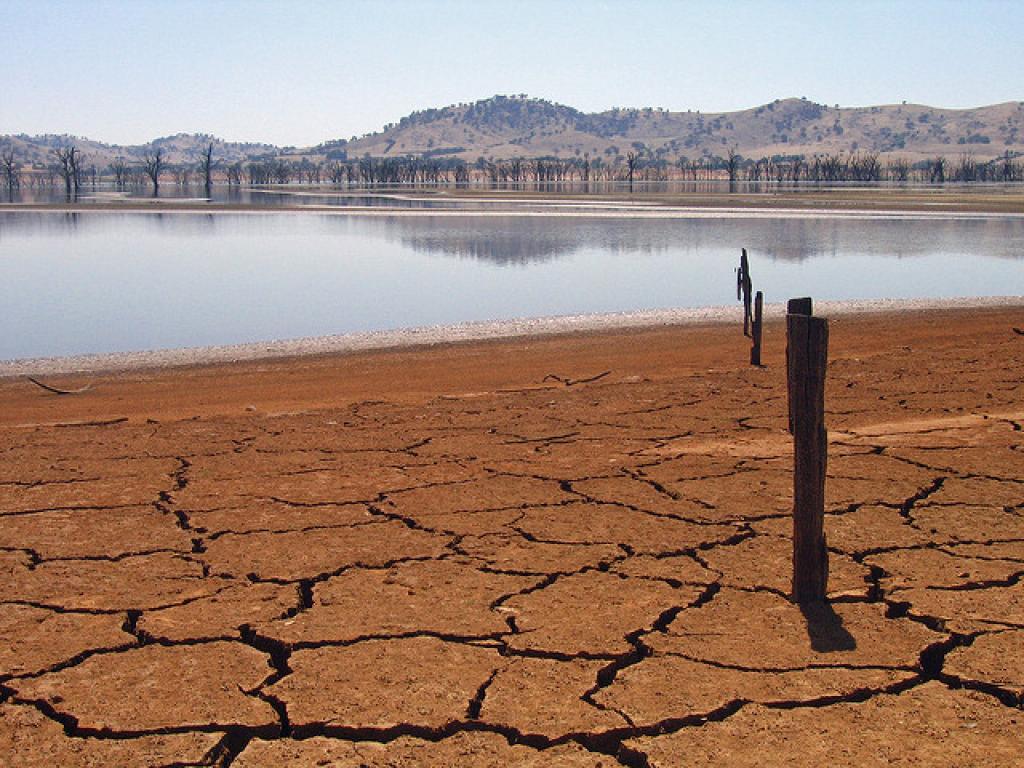 Assam’s Dhemaji district is the best example of the erratic flood-drought cycle prevalent in India in the past few years. The district has had an extremely dry monsoon this time with 88 per cent less rainfall between June 1 and August 29, according to the Indian Meteorological Department (IMD). This is the lowest rainfall deficit in the country. Moreover, the IMD has also not reported any data from the district after August 29.

Before the monsoons even began, it had suffered from floods owing to heavy rainfall. After this, there was an extended spell of dry weather. To add to the locals’ sorrow on August 31, the district had to face the wrath of floods yet again as the Siang River got flooded from the excess water released from China. Around 200 people, mostly farmers, had to be rescued from the district by the National Disaster Response Force (NDRF) and the Assam State Disaster Response Force (ASDRF) due to the ongoing flood situation. The Chinese authorities have said that the water was released from the dams because of extreme rainfall on their side. 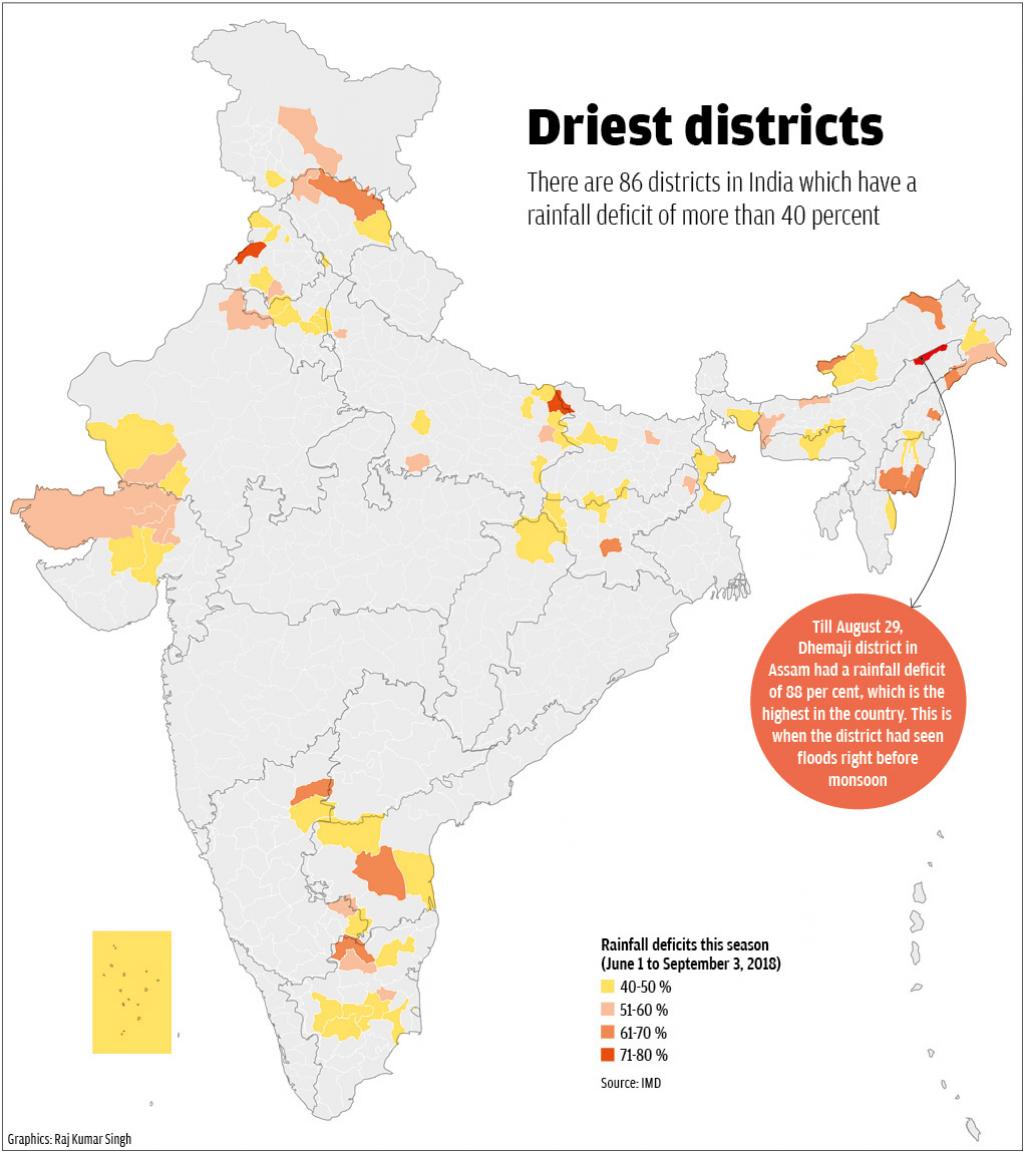 Of the districts that have suffered from at least a 40 per cent rainfall deficit, 10 have also been victimized by floods, says data published by the National Disaster Management Authority. Four of these districts— Ballia, Santkabirnagar, Kushinagar and Mau—are in Uttar Pradesh. Kushinagar has a very high rainfall deficit of 79 per cent. Three districts are in West Bengal (Murshidabad, Koochbehar and Dakshin Dinajpur) and then there is Dhemaji in Assam, Kiphire in Nagaland and Raichur in Karnataka.

The number of districts with a rainfall deficit of greater than 40 per cent is 10 in Uttar Pradesh, which is the highest in the country. Tamil Nadu comes a close second with nine districts. Gujarat and Arunachal Pradesh have eight and seven districts with rainfall deficit more than 40 per cent. Interestingly, Uttar Pradesh and Gujarat have also suffered from floods in the season that killed 94 and 53 people. The monsoon has killed 256 people in Uttar Pradesh, claimed 210 lives in West Bengal, 50 in Assam, 170 in Karnataka and 11 in Nagaland.

If one looks at the data region wise, then it’s evident that the maximum concentration of districts which are suffering from a very lean monsoon season are in the East and North East of India. There are 29 districts in this region which have a rainfall deficit of greater than 40 per cent. The northern region comes a close second with 26 districts.

The greatest concentration of districts with rainfall deficit of greater than 60 per cent is in the North East. Six out of the total 13 such districts lie in this region, including Dhemaji with the highest deficit of 88 per cent.