The oil spill caused seaweed to die which resulted in huge income losses, claim the farmers 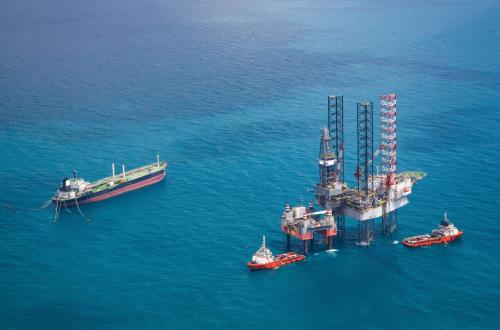 More than 130,000 Indonesian sea weed farmers have filed a class action lawsuit demanding compensation for one of the worst oil spills in the region.

The environmental disaster in question occurred almost seven years ago in August 2009, when an oil well explosion caused over 4.5 million liters oil to leak into the Timor Sea. The oil well belonged to the state-owned Thai oil firm, PTT Exploration and Production Public Company (PTTEP) and was located in Australian waters.

Seaweed farmers in the Indonesia’s Rote Island and Timor province claim that the spill had devastating effects of their livelihood. They have now come together to file a lawsuit worth US $200 million in an Australian court against PTTEP Australasia.

The West Timor Care Foundation, an advocacy group involved in the case, believes “the Nusa Tengara Timor (NTT) Province of Indonesia, with particular emphasis on the West Timorese region and the Rote and Sabu Islands, has incurred significant environmental and economic damage due to the Uncontrolled Release”.

As per reports in the media, farmers have suffered huge losses in income after seaweed started dying post the spill. Fishermen in the region also complain of smaller catch. Some claim of losses of up to 70 per cent.

PTTEP Australasia, however, differs. The company says that spilled oil did not reach the coast of Indonesia. A study sponsored by it found no lasting impact on the highly sensitive and biodiverse ecosystems in the areas closest to Indonesian waters. “Satellite imagery, aerial survey images and trajectory modelling concluded that the majority of oil (98%) remained in Australian waters and that no oil reached the Australian or Indonesian coastlines,” PTTEP Australasia said in a statement.