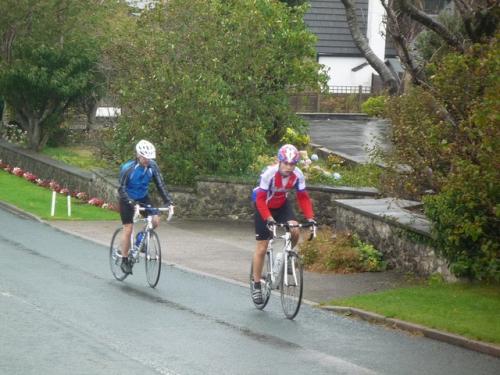 A UN Environment report says people are at great risk every time they travel due to the lack of investment in safe transport options. Some 1.3 million people die each year on the roads and almost half of them are pedestrians, cyclists and motorcyclists.

Investment in walking and cycling infrastructure can save lives, reverse pollution and reduce carbon emissions, the report adds.

“People are risking their lives every time they leave their homes,” Erik Solheim, the head of UN Environment, said. “But it isn’t just about accidents. Designing transport systems around cars puts more vehicles on the road, increasing both greenhouse gas emissions and deadly air pollution. We must put people, not cars, first in transport systems.”

Compared to high-income countries, more people die in low-to middle-income countries across Africa, Asia and Latin America due to road accidents. As the global population is heading towards nine billion, there is a need to design mobility for people instead of mobility for cars, the report says.

Of the most dangerous countries to walk and cycle from the sample, four African countries topped the list. In Malawi, a total of 66 per cent of all road fatalities were pedestrians and cyclists; in Kenya 61 per cent; South Africa 53 per cent; Zambia 49 per cent and in Nepal 49 per cent.

For instance in Kenya, many children cannot go to school as they live far away. With some 500 pedestrians dying in Nairobi each year, parents are also unwilling to risk their children’s lives.

Poor air quality, in part due to vehicular emissions, is estimated to cause around seven million premature deaths each year and is increasing health problems like bronchitis, asthma, heart disease and brain damage.

The global fleet of private cars is projected to triple by 2050, with most of this new vehicle growth expected to take place in the same developing countries that are already hardest hit by road fatalities and injuries, the report adds.

Alternate options like walking and cycling enhance urban qualityand facilitate social cohesion. “Unless we act to make our roads safe, in 10 years an estimated 13 million more people will have died on our roads—that is more than the entire population of Belgium,” Solheim added.

The report urges countries to draft national and local policies for non-motorised transport (NMT), and if they already exist, to implement them fast. Walking and cycling should be given equal status to private cars.

Countries should also increase spending on walking and cycling infrastructure to at least 20 per cent of transport budgets.