Is environment finding a voice in conflict-ridden Kashmir?

While the human toll due to conflict is well documented, little is known about its impact on environment 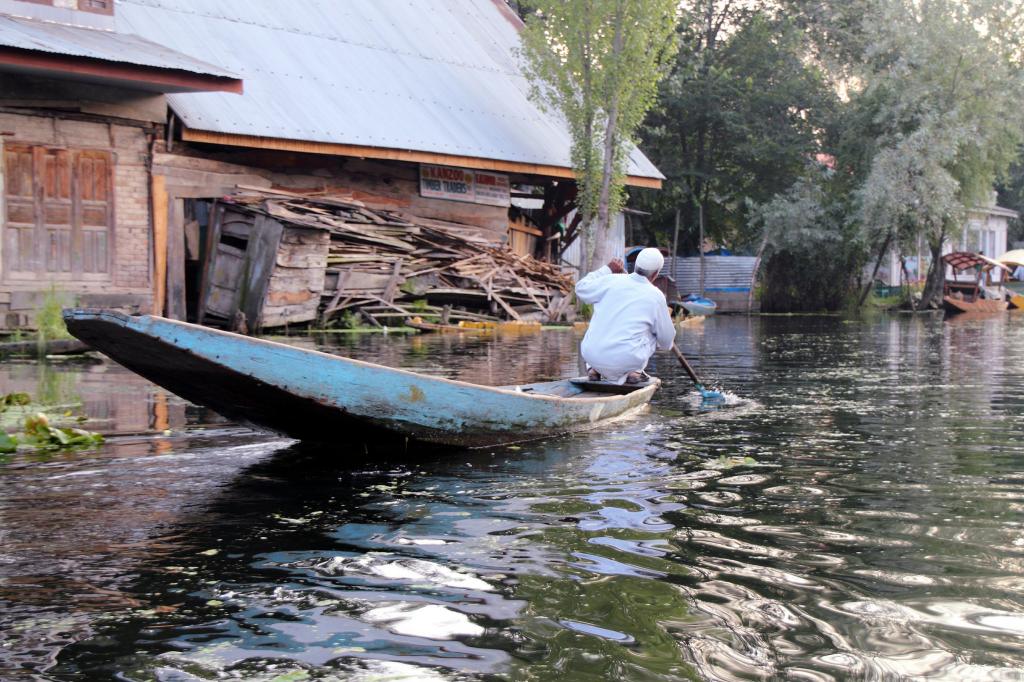 Kashmir’s environment suffers when political violence reigns over the state. This time, it’s tad different. A concerted effort from civil society and political and religious organisations has made some headway in putting an end to illegal encroachments in ecologically sensitive areas at a time when Kashmir has been affected by bouts of violence following the killing of Burhan Wani in early July.

The state is neither a stranger to curfews and clashes between security forces and protesters, nor is it oblivious to illegal encroachments around sensitive environmental zones like Dal Lake in Srinagar and in Pahalgam. Lately, the co-relation between political unrest and environmental threats to Kashmir has become more pronounced, especially with the surge in illegal tree-felling and timber smuggling.

Reports of encroachments in Dal Lake and growth of illegal structures in Tosa Maidan and Dodapathri surfaced shortly after the violent protests began. But there was a convergence of thought among civil society and political and religious leaders. They issued statements demanding environmental protection and got involved personally in protecting forests and water bodies.

Nisar Ahmad Malik, secretary of J&K Lakes & Waterways Development Authority (LAWDA) told Down To Earth about the progress of demolition drive. “We have made 46 demolitions in August alone and lodged 53 FIRs since July 8. Some of the properties were residential buildings and others were shops. The High Court has also directed the encroachers to furnish surety and bail bond against Rs 50000,” said Malik. When asked about the reason for a spurt in cases of encroachments during political unrest, Malik said, "People are opportunists. They don't wait for curfews or political unrest to encroach into lands. It is a round-the-year affair.”

However, the deputy Chief Minister Nirmal Kumar Singh told Down To Earth that he is not aware of any such encroachments taking place around Dal Lake.

Support for environment protection from all quarters

Separatist leader Mirwaiz Umar Farooq issued a statement on August 2 warning people against unauthorised and illegal constructions. Almost all newspapers in Srinagar carried his statement, which, according to one of the LAWDA officials, bolstered the confidence of those steering the demolition drive.

Similarly, local community leaders in Kenusa, Ashtengo and Chandaji teamed up with forest guards to protect forests since timber smugglers make use of the unrest to smuggle resources from forests. Such initiatives were also reported in Budgam and Kupwara districts. During Friday prayers, religious leaders were heard urging locals to protect forests from timber smugglers.

The history of Kashmir’s environmental degradation is as old as its conflict dating back to 1947 when Indian and Pakistani armies were deployed in the state. It reportedly led to large-scale poaching of rare species like Ibex, Blue Sheep, Snow Leopard and Urian—the big-horned sheep. While these species were initially killed for food, later they were slaughtered for valuable furs and skins.

After a relative thaw for decades, conflict returned to the valley in 1989. Forests started to get cleared and water bodies began to be filled for buildings. According to reports, most encroachments on the banks of River Jhelum happened between 1990 and 2005, when the violence peaked. Over half a million full-grown trees were cut down in a single forest from 1990 to 2010 in Budgam district.

In the last two decades of Kashmir conflict, security forces had allegedly cleared vast tracts of forestland to target militants taking cover. They also used forests as an artillery firing range, converting them into military garrison. All these have been happening when the heavy presence of soldiers on both sides of Kashmir was fast reducing glacier, a major source of water of the Indus River.

But the problem is far more complex than it seems, according to Mushtaq Pahalgami, the president of Himalayan Welfare Organization—a non-profit organisation working for the conservation of ecology of Kashmir. “The land mafias and timber mafias are working in cahoots with the bureaucrats. While illegal activities continue throughout the year, the offenders get a free hand during political unrest. The local officials seem to invite poachers and encroachers during a long spell of violence when everyone’s attention shifts to well-being of the people,” said Pahalgami.

Highlighting the impact on fisheries, Pahalgami said, “Some people are taking undue advantage of ongoing political turmoil and carrying out illegal fishing by adding certain contraband chemicals in the streams of the Lidder River.” Narrating a first-hand experience of how forest officers provided cover to a gang of tree-fellers, Pahalgami said, “Political leaders enjoy impunity since they have connections with the forest department employees. Our environment minister doesn’t know what’s happening on the ground.”

Between August 18 and 30, Pahalgami had written a slew of letters to the District Development Commissioner of Anantnag and the Chief Executive Officer of Pahalgam Development Authority drawing their attention on environmental crimes people are committing taking undue advantage of the ongoing political turmoil.