It’s been a dry winter in the hills & plains of North India. Here’s why

The winter season of 2022-23 in the Himalayan mountains and the plains of northwest India seems to be a dry one, according to local reports and meteorological data. Infrequent or weak western disturbances from mid-November through the third week of January could be the reason behind this occurrence, experts said.

People living in some parts of Himachal Pradesh and Uttarakhand have told Down To Earth (DTE) that there has not been much snowfall or rainfall in their region since the winter season set in at the end of November. As a result, their Rabi crops, especially wheat, are suffering.

“My wheat fields that were sown in mid-November did not sprout until the end of November and that too, the initial growth was poor due to the prevailing dry conditions,” Sushant Guleria, a resident of Chamyanu village of Mandi district, told DTE.

“Most of the wheat fields, including mine, are dependent on the winter rainfall for their growth and in this season, there has been very little rainfall in our region,” he added.

This was especially true for Guleria’s wheat fields along the slopes which have lower quality soil that does not retain moisture very well. In contrast, the wheat fields in the valley by a stream have healthier growth because of better soil. 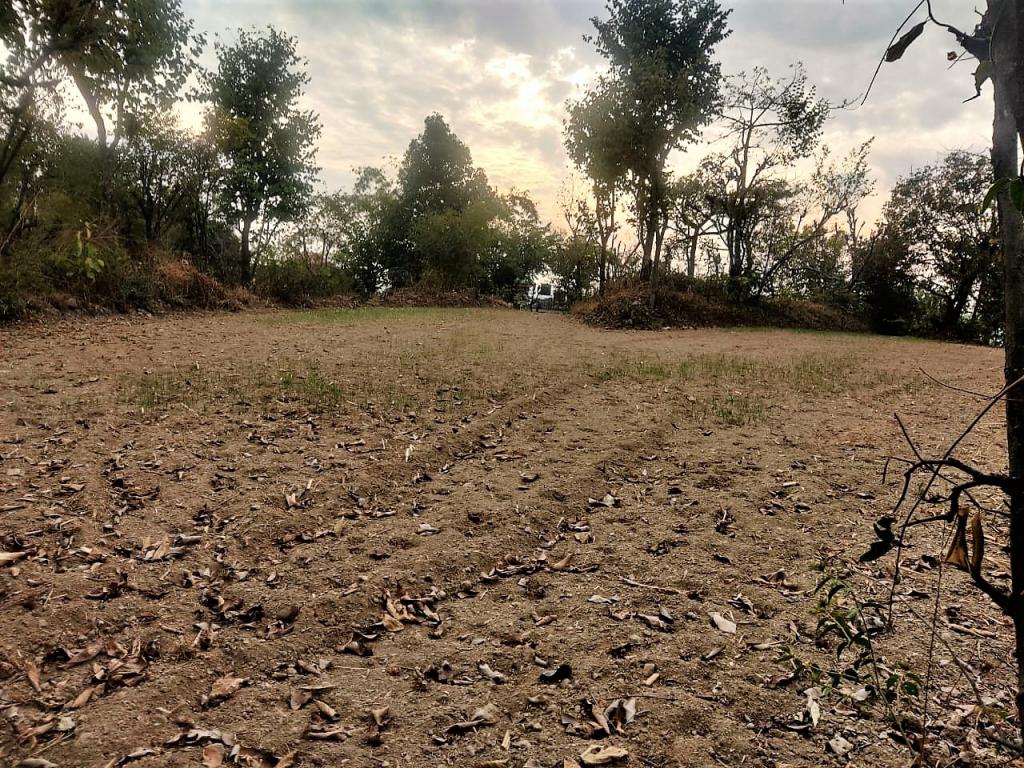 Wheat field of Sushant Guleria, a resident of Chamyanu village of Mandi district. His crops didn't sprout till mid-November and the initial growth was poor, he said. Source: Sushant Guleria

There was very little to no snowfall over Nanda Devi peak, which is visible from our village until January 13. Normally, snowfall begins with the first winter rainfall around November.

These observations are also backed by data from the India Meteorological Department (IMD). There has been absolutely no rainfall in Mandi and Chamoli districts since November 17, 2022.

The fate is shared by all the 13 districts in Uttarakhand and 12 in Himachal Pradesh. The only insignificant exception was Chamba district of Himachal Pradesh that received 32 per cent excess rainfall in the week from December 28-January 4.

The situation is no better in the plains of northwest India. Delhi and Uttar Pradesh witnessed their last bouts of abundant rainfall in the second week of October. Since then, Uttar Pradesh has experienced some sporadic rainfall events but Delhi remained completely dry, according to data from the IMD.

In fact, the rainfall in the second week of October was so excessive in these two regions that it skewed the post-monsoon rainfall rainfall distribution. From October 1-December 28, Delhi had 209 per cent excess rainfall, but the weeks after October 12 saw no rainfall at all.

Similarly, Uttar Pradesh had a rainfall excess of 300 per cent during the period. But in some weeks, precipitation was concentrated in very few districts that recorded excess or large excess rainfall.

The reason for this lack of rainfall and snowfall over the mountain states is a result of a decreased frequency of western disturbances (WD) since mid November.

Western disturbances are extra tropical storms that travel towards northwest India from the Mediterranean and Arctic regions. They are responsible for most of the winter precipitation in the northwest, parts of central and northeast India.

The four WDs that have affected India since mid-November have all been feeble and have not carried much moisture. In fact, there wasn’t a single WD from mid-November to the last week of December.

“It has become quite common in recent years to see a subdued activity of strong western disturbances and subsequent below-average rainfall over the northern parts of India in December,” Akshay Deoras, a research scientist at the National Centre for Atmospheric Science and Department of Meteorology, University of Reading, the United Kingdom, told DTE.

The subtropical jet stream, which plays an important role in the propagation of western disturbances towards India, has shifted northwards this December compared to its position when the western disturbance activity was robust (for example December 2019).

There is also an indication that it has been weaker since November this year, compared to its strength during November-December 2019, the expert observed. “The northward shifting of the jet stream reduces the chance of WDs striking India, but could increase the chance of them affecting higher latitudes (to the north of India).”

The trend of infrequent and weak WDs seems to have continued into the first three weeks of January 2023, with only two weak ones affecting northwest India till January 17.

Another WD is going to start in the region from January 18 and an active WD may start causing snowfall and rainfall from January 20, according to the latest update from IMD. If the prediction follows through, then this would be a welcome respite from the dryness for farmers, according to Guleria.

The recent snowfall and cold snaps in hilly regions would encourage tourism, he added. “Cold snaps in these areas as well as the plains would benefit Rabi crops and fruits such as apples.”

The ongoing rainfall deficit, however, is likely to continue in the plains since only the western disturbance around 24 January is expected to cause rainfall here, according to Deoras.