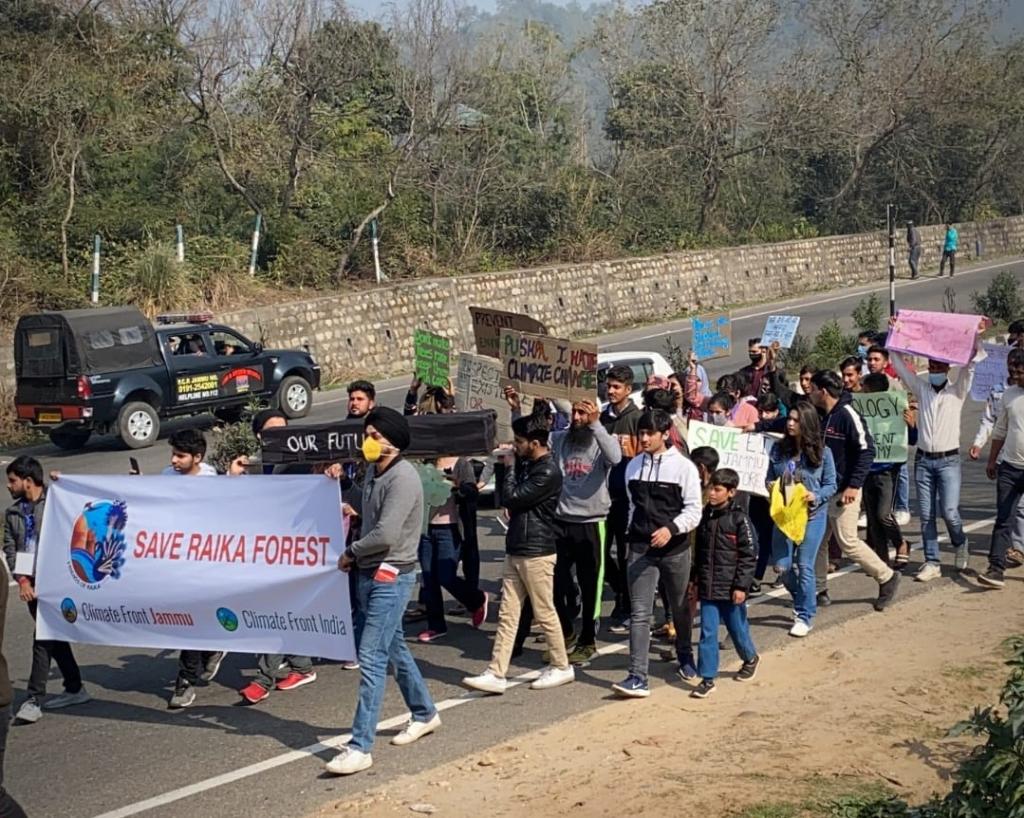 About 40 hectares of land covered by more than 38,000 trees in the eco-sensitive Raika-Bahu area is under threat of concretisation. With sanctions from the forest department, the new Jammu & Kashmir high court complex is set to replace the vegetation in the area.

Young environmentalists marked their protest against this deforestation plan by hugging trees in Raika village and marching peacefully through the area on February 14. The movement was led by Climate Front, a student-led environment awareness organisation.

Raika-Bahu is an eco-sensitive area under the Bahu Conservation Reserve in Jammu. It is home to species like rock pigeon, Asian koel, barn owl, red-vented bulbul, jackal, wild boar and rhesus monkey.

The reserve was established in 1981 and is spread over 19 square kilometres. It is located just 3.75 km from Ramnagar Wildlife Sanctuary.

Raika-Bahu forest area, situated in the middle of the reserve along river Tawi, also supports the Gujjar community which rears goats, cows and buffaloes.

The activists highlighted how the proposal was rushed through government departments for permissions.

The relocation of the high court building was proposed in October, 2019 and with clearances from several departments received within a fortnight, the administration started acquiring forest land the same year.

The project was cleared days before the reorganisation of J&K from a state to a Union Territory (UT), under provisions of the J&K Forest (Conservation) Act, 1997. Soon after, this was replaced by the more rigorous Indian Forest Act, 1972, which would have required several more clearances, pointed out environmentalists.

The area allotted to the department of Law, Justice and Parliamentary Affairs, houses 1,706 trees and 22 bamboo clumps under Jammu division forest and 36,300 trees and 109 bamboo clumps fall under the area of Soil Conservation Department.

Bamboo clumps are endangered in the forests of Jammu.

A petition was filed in the National Green Tribunal (NGT) by law graduates Aavin Kumar Chadgal and Satyam Arora against the order of clearance of forest land for the high court complex. It was dismissed in January, 2020 on the grounds that legal procedure is followed in allocation of the forest land.

Arora told Down to Earth that in 2019, officials of Jammu Development Authority (JDA) claimed they have over 80,000 kanals (approximately 4,000 hectares) and was confused as to why they were not approached by the law department or the administration.

“We cannot compensate for natural forests by planting saplings in flower pots at our homes. J&K falls under seismic zone and more loss of trees means inviting calamities,” Arora said. 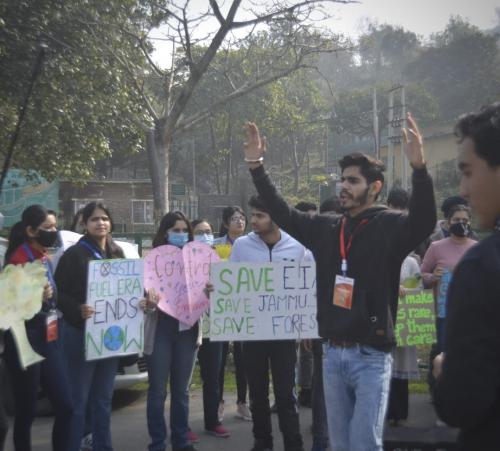 Lawyers who access court daily told Down To Earth that they do not support the decision of shifting High Court from Janipur in Jammu to Raika forest land but they are not willing to start any protest or movement against their mother institution.

Legal remedies to save the Raika forests have been exhausted and now only public demand can save the forests, Chadgal said.

“May be this is the last year Raika would breathe. We are not against new high court complex or any other development project. Just shift it to some other location instead of converting the forest land into concrete,” said, Aditya Khajuria, president of Climate Front.

Khajuria added that Tawi, the lifeline of Jammu, flows near Raika-Bahu area, axing trees from this forest land would damage the flow of Tawi.

Shifting of the judicial complex onto forest land elicited mixed reactions from the villagers in Raika. While are scared of the probable loss of biodiversity and their homes, others are hoping for the area to get a facelift because of the project.

“Our forefathers were born in Raika. We are not encroachers. A building of justice in the forest will be built but what about the injustice with the forest and its children?” said Jamad, a local.

An environment park, which is a habitat for monkeys and peacocks, adjoins the village. Some residents were concerned that the construction work will pollute the environment and damage the flora and fauna of the region.

Other villagers were happy with the decision and said they are expecting that roads and schools will be developed with the relocation of the high court.