The high-speed railway line will reduce travel time between Thiruvananthapuram and Kasargod district to four hours; but experts have questioned the feasibility of the project 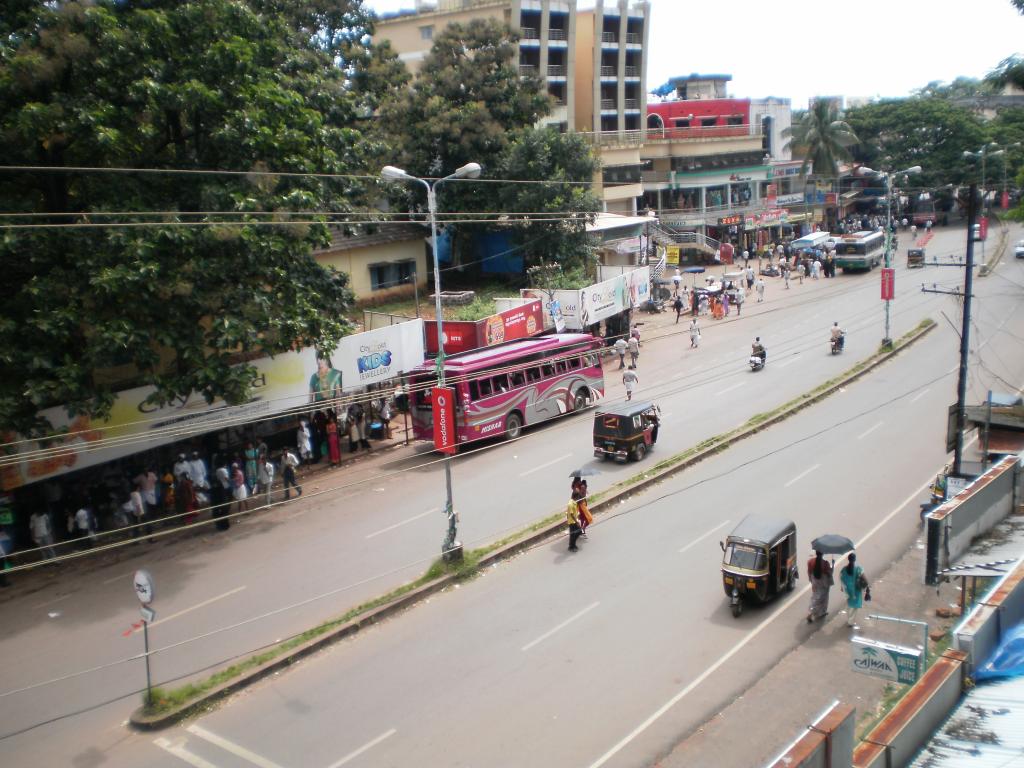 The Pinarayi Vijayan-led Left Democratic Front (LDF) government has attracted flak for its first major infrastructure project after resuming power in Kerala — a Rs 63,941 crore high-speed railway line that promises to reduce time for travel between capital Thiruvananthapuram extreme south with Kasargod in the north to only four hours.

The project, already approved by the NITI Aayog and the Railway Board, has sparked environmental and displacement-related concerns in the state. Experts have said that the project would require acquiring 1,383 hectares of land, including wetlands, forest areas, backwater regions, residential areas with a high density of population, rice fields and existing building spaces. The cost of environmental damage, thereby, would be huge.

They have also questioned the viability of the project, saying flights between the two points are cheaper and faster.

What is the project?

The state government has initiated steps for e-tendering of appointments for Kerala Rail Development Corporation’s offices, the implementing agency.

The rail journey between Kasargod and Thiruvananthapuram takes 12 hours currently. The new project, called Silverline Project, will allow for a two-line alternative rail route and will comprise 11 stations at critical centres.

The compensation for acquiring the said 1,300 hectares of land alone would come around Rs 28,157 crore, according to NITI Ayog’s estimation. Hudco, Rail Finance Corporation, and Kerala Infrastructure Investment Fund Board (KIFB) will lend money for the project implementation.

Trains in the new route will travel at 200 km per hour. While the state government had initially said the new line would be constructed parallel to the existing one, the present alignment at many locations is up to four km away from the existing line. Authorities said the change in alignment was facilitated to avoid “massive twists and turns”.

Experts have called the project a ‘white elephant’ amid an array of concerns raised over it. Over two dozen action councils have been formed across the state to protest against the unilateral implementation of the project.

According to environmentalist RVG Menon:

“The line will not benefit those who live in the state’s eastern hilly areas, but would impact the Western Ghats heavily because the project requires huge amounts of granite and loose soil. As the lines have to cross wetlands, rivers, rice fields, and lakes, there must be large-scale land reclamations and bridges using granite and soil.”

He added that the “state government must take the project back and prove its commitment to people who are now reeling under the adverse impacts of climate change environmental destruction caused by large-scale projects”.

The existing rail lines in the state, according to environment expert Santhosh Thannikkat, remain underutilised. Kerala’s travel woes can be addressed by initiating steps to complete the available rail infrastructure in the state, he said. The railway track works between Kottayam and Alappuzha have been incomplete for more than two decades, he said.

“It’s a costly project. Kerala is well-connected with five airports and neighbouring airports of Coimbatore and Mangalore, so cheap flights are a better option,” said Santhosh.

The project’s financial viability is questionable and the government needs to review its necessity, said D Dhanuraj, chairman of Kochi-based Centre for Public Policy Research.

According to the current plan, an elevated path will be used for 88 km of the proposed line; there would be a cut-and-cover tunnel method for another 22 km. Experts said cut-and-cover construction will be conducted on stretches with 9-20-meter-deep cuttings, which will involve excavation equipment to dig big trenches or rectangular holes in the ground as well as concrete decks.

The project has received flak over apprehensions that it would destroy many paddy fields in the state. To this, the authorities said they will construct elevated paths in such areas, adding that “they will make efforts to minimise the environmental and social impact of the project as much as possible”.

At least 67 per cent land required for the project falls under the Panchayat area. As much as 15 per cent land is in highly urbanised municipal areas and 18 per cent within the municipal corporation limits.

State government sources called the protests against the project unwarranted. The land acquisition would be held based on the Right to Fair Compensation and Transparency in Land Acquisition, Rehabilitation and Resettlement Act, 2013, they said. While the project has been initiated by the state government, it may convert it into a joint venture between the state and railways ministry, according to sources.

In the meantime, environmental collectives such as Kerala Paristhithi Aikya Vedi have demanded that more sustainable alternatives at a lesser cost be examined.

“Rs 64,000 crore is a huge amount and that too for a state annually facing floods, deluges, land landslides, and sea erosions. Cost-effective alternatives must be probed and consultations with experts must be initiated,” said environmentalist Sreedhar Radhakrishnan.

The Indian Railways, according to the information available from the Union government, is planning to switch over to an electronic signaling system that can ensure a speed of 150 km per hour. “The railways are on the path of modernization. It is planning to adapt signaling systems that can reduce the running time,” said Ravi Sankar.

The Samithi has called for projects that can be integrated for current and future needs. Standalone projects such as Silverline are a sheer wastage of public money and resources, the Samithi observed in a press statement.

“The state is now reeling under alternating drought and floods. The situation will aggravate if the Silverline project gets implemented.  The state needs to go for sustainable development models that can be based on lessons it learned from consecutive flood and related natural disasters,” said Usha Soolapani from environmental activist group, Thanal.

“The Jan Shatabdi Express being run between Thiruvananthapuram and Kozhikode reaches Ernakulam from the state capital in 2.5 hours. Switching over to ultra-modern systems will further reduce the travel time. As a result, Thiruvananthapuram to Kasaragod can be reached in four hours without implementing the Silverline project,” Ravishankar added.

“In all likelihood, the Silverline project would be the next big-ticket mistake by the state government. This time, it will hit Kerala’s environment hard and also cause miserable debt for the state.  The project on completion will uproot the lives and livelihoods of thousands of poor people.  Sustainable alternatives based on a futuristic integrated transportation system must be explored before going ahead with this standalone extravaganza.”

“This project will render thousands of families homeless. There would be possibilities of backlashes in the event of mass eviction of people who are still reeling under the pandemic. The best option is to forgo the Silverline project and modernise the existing railway network,” said Kerala Sastra Sahitya Parishad (KSSP), a science forum that has links with the ruling LDF.

KSSP president AP Muralidharan and general secretary K Radhan said the state should focus on doubling the existing rail tracks and electronic signaling rail network. The KSSP has accused the state government of misleading the public by introducing technology that is not available in the state.

“The priority and the state’s need at present are environmentally friendly projects that benefit its citizens and with lesser investments. Unfortunately, there is no move to double the existing line and introduce electronic signaling is suspicious,” said Ravi Sankar.

The government should focus on the Sustainable Development Index envisioned by the United Nations Infrastructure Development Policy and exercised greater caution while deciding on mega projects, MK Prasad and VS . Vijayan, veteran environmentalists, said.

No proper scientific, technical, social, environmental, and economic impact studies have been done on the project, observed environmentalists.