25.87 million hectares: That is the size of forest missing from the latest assessment of India’s green cover. Does this land exist? Is it encroached upon? Or is it just degraded; so degraded that there are no forests to be counted here? 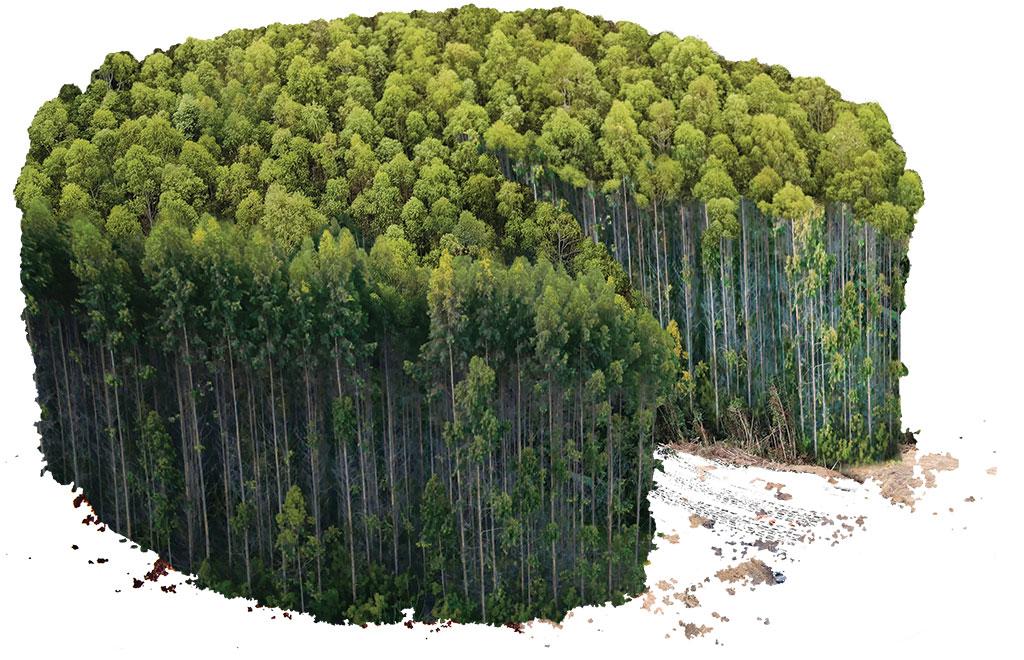 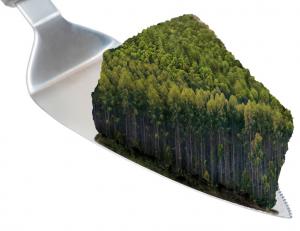 Some four decades ago, in the mid-1980s, the National Remote Sensing Agency, Hyderabad, prepared a report on India’s forest cover using satellite imagery. The report compared the forest cover between 1972-75 and 1980-82, and found that the country had lost 1.3 million hectares (ha) of forests every year in this seven-year period.

This estimate was way higher than what was projected each year by the forest department, and shocked the country. For the first time, there was a visual overview of the state of forest cover from the sky, which had shown a decline.

It spurred action and kick-started conservation and afforestation in the country. Soon, the Forest Survey of India (FSI), Dehradun, was tasked with producing an assessment of the country’s forest wealth every two years.

Such a report is critical because it reflects the health of forests, which is crucial for livelihood, economic growth and carbon sequestration — in that order — for a country like India. The bulk of the country’s forests are the habitat of its poorest people.

Since 1988, when FSI produced the first State of Forest Report 1987, the capability of satellites and of interpretation of forests has improved substantially, but the same is not the case with the state of the country’s forest cover. Let me explain this. 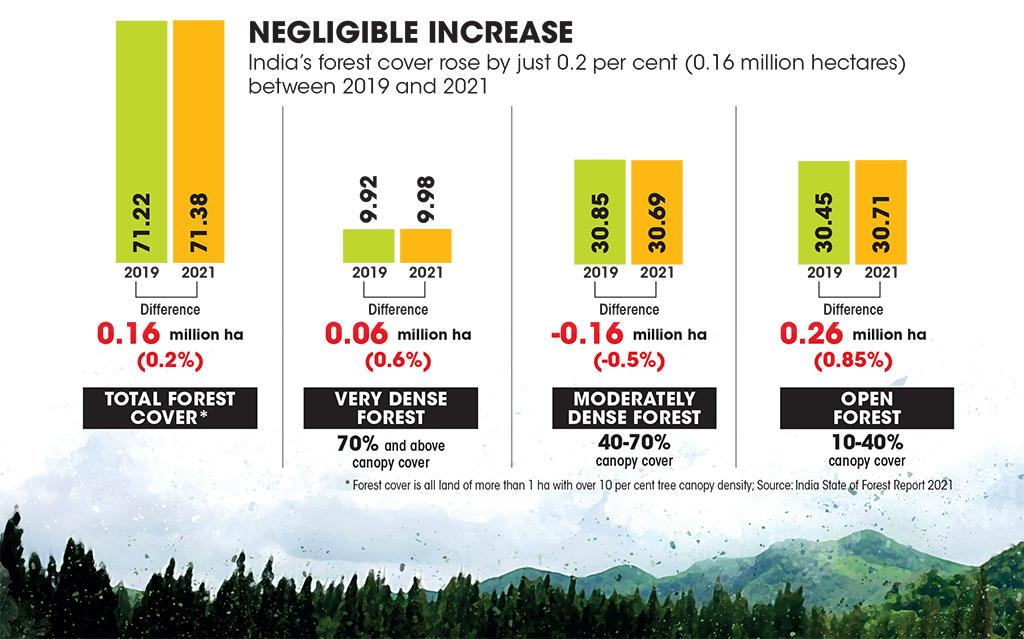 You could argue that this does not merit analysis — criticism or boast. But the fact is that:

Forests growing ‘outside’ and in ‘open’

An assessment of forest cover outside the recorded forest area was first done as part of ISFR 2015. In other words, this was the first report to assess forests outside of the land under control of the state government’s forest department.

Initially, in absence of digitised boundaries of state forests, this was done by taking the topographical sheets of Survey of India, which include areas called “green-wash” — shown in green — and correspond “by and large to the recorded forest area of the country”.

In this way, the assessment could differentiate between forests within the recorded area and outside. By the time ISFR 2021 came out, 24 forest departments had provided digitised boundaries of the forest areas in their records, which has further improved this assessment.

While the forest cover within recorded forests area has witnessed negligible increase, the growth outside has been 0.76 per cent.

The lopsided growth is because of a controversial definition of forest cover. According to FSI, any hectare of land with tree canopy density of 10 per cent or more is defined as forests. Roughly 40 per cent of the open forests are in the outside recorded areas and in all probability, this is where the tea, coffee or other private plantations would be counted as part of forest cover.

Stable forests, but where? 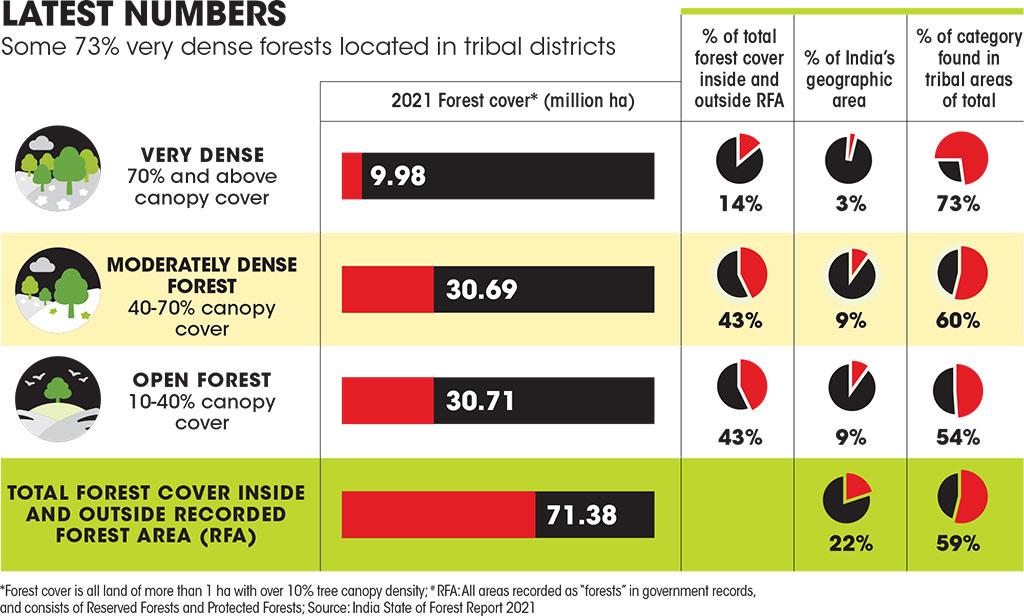 What is important to note is that this forest wealth — about 60 per cent of total forest cover and 73 per cent of the very dense forests — is concentrated in districts classified as “tribal” by ISFR 2021. These districts are listed under Schedule V of the Constitution as habitats of Scheduled Tribes.

These 218 districts, covering states in the North East and parts of central India, highlight the resource curse of the richest lands being the habitat of the poorest. These also indicate the urgent need to link livelihoods of communities with forest protection.

Add up trees for good news

Since ISFR 2003, the biennial surveys also include Trees Outside Forests (TOF) as a category. In this category, tree cover includes patches of trees and isolated trees on areas less than one hectare. So, while “forest cover” is defined as all areas, irrespective of ownership, that are more than 1 ha and have more than 10 per cent tree cover, TOF is the count of trees outside forests, irrespective of the size of the patch. 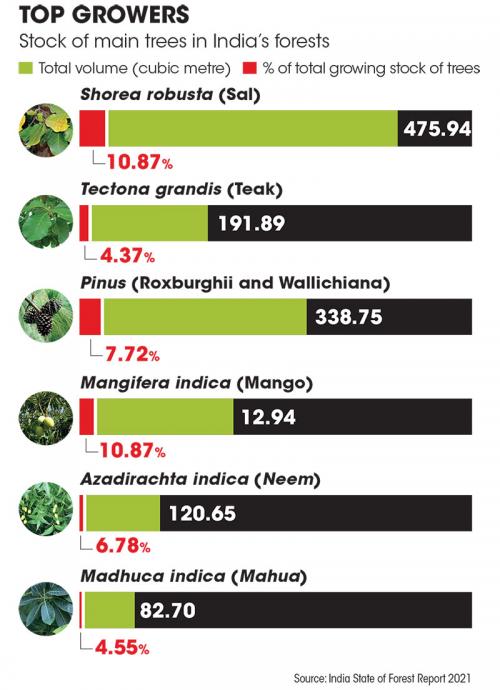 These scattered trees are assessed using high resolution data and from field inventory data, and altogether make up close to 10 million ha of land area (see ‘Count and add’).

Forest stock too growing more outside than inside

The estimation of forest stock is the volume of all living trees in a forested area. It is a critical indicator to measure sustainability — productivity of forests — and also the basis of calculating biomass and carbon stock.

ISFR 2021 has calculated the growing stock based on 18,218 sample plots inside forests and 41,630 sample plots outside.

You could still argue that all is well on India’s forest front. Really?