Three weeks into the monsoon, 72% meteorological divisions have had normal and above normal rainfall 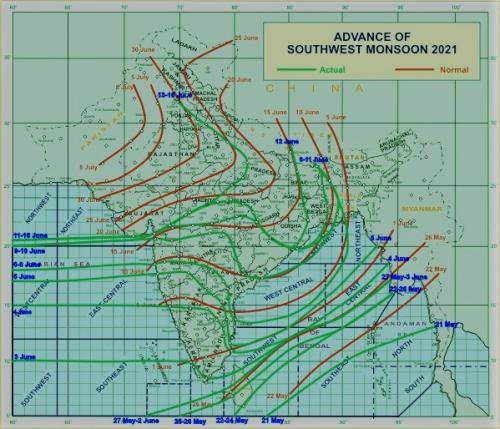 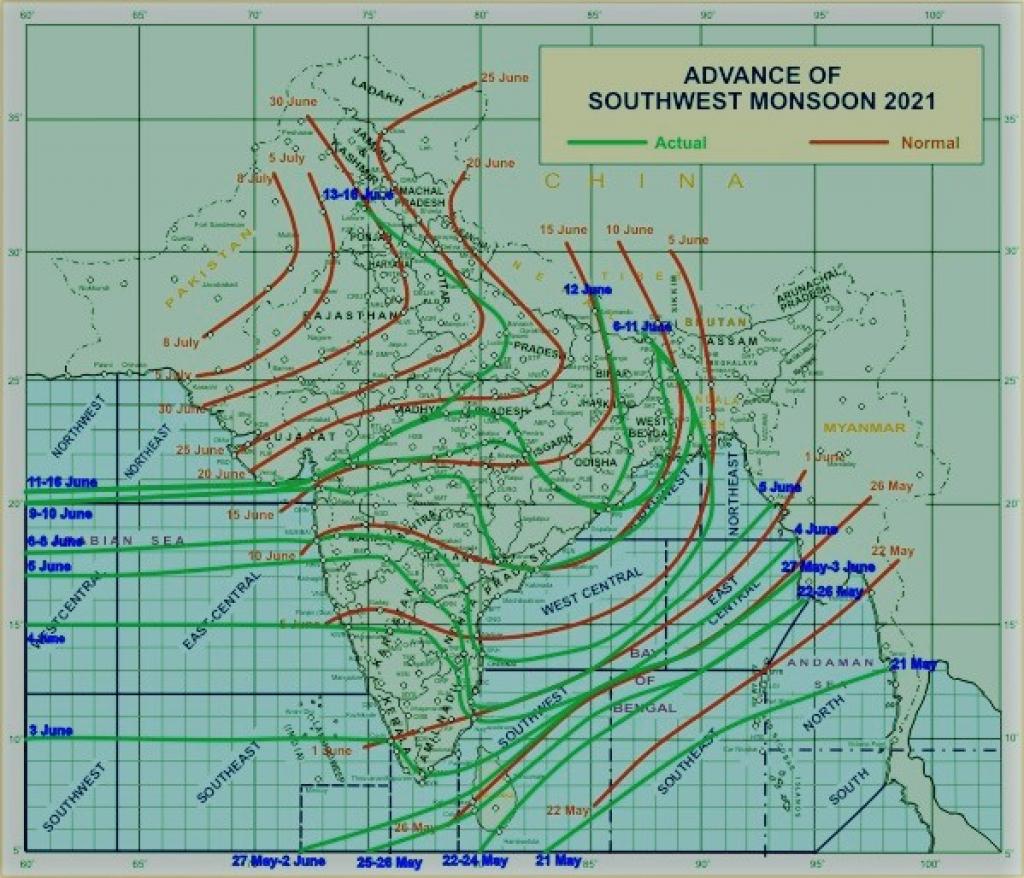 In the first three weeks of the monsoon (June 2-16, 2021), nearly three-fourths of the country’s 36 meteorological divisions have received normal and above normal rainfall, according to India Meteorological Department (IMD).

Large deficit - for 60 per cent below normal

Read Down to Earth’s MONSOON 2021 coverage

All the eight northeastern states have received deficit rainfall, with Arunachal Pradesh reporting the large deficit — above 60 per cent. Assam, Meghalaya, Nagaland, Manipur, Mizoram, Tripura and Sikkim experienced deficinecies between 20 and 59 per cent.

Rainfall activity is likely to be NORMAL to ABOVE NORMAL over parts of East Arunachal Pradesh and parts of Northeast Assam and NORMAL to BELOW NORMAL over remaining parts of the region.

The IMD, meanwhile, forecast June 17 that most places in eastern, central and northeastern parts of the country would receive heavy rains along with thunderstorms in the next four-five days.

The East has already faced heavy rainfall June 16-17, resulting in waterlogging in most parts in Kolkata, the most populated urban agglomeration in the region. Thunderstrikes have also been increasingly common, driving concern in administrative quarters.