Nearly 14,000 lightning strikes in the United States’ California caused nearly 900 fires to burn through 1.5 million acres of land as of September 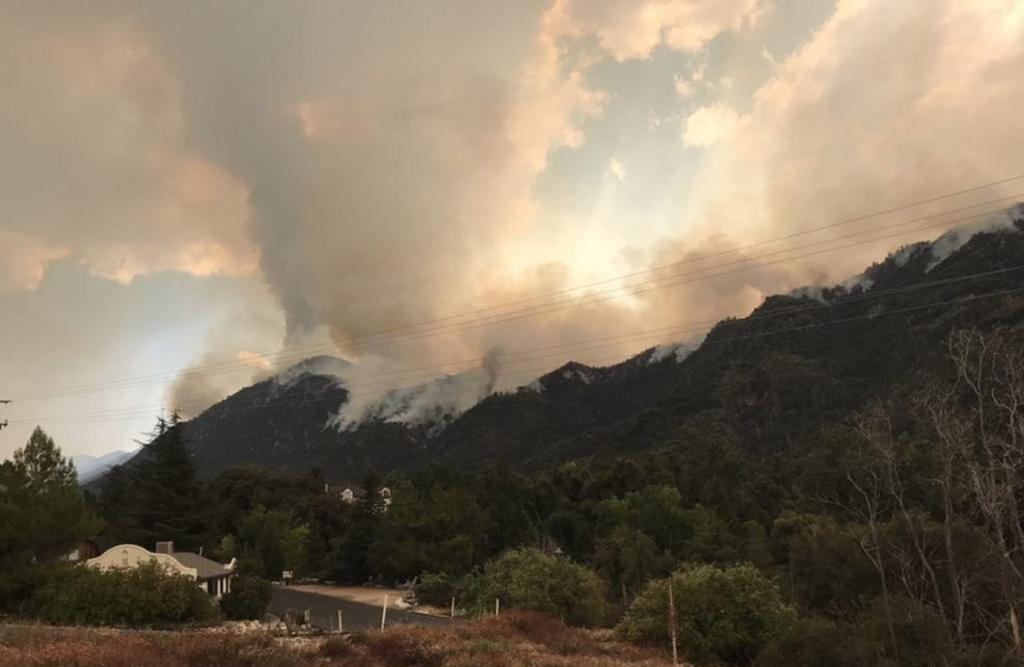 Nearly 14,000 lightning strikes in California, United States, caused nearly 900 fires to burn through 1.5 million acres of land, as of September 2020. The effects from the fire did not spare those living away from them either. Poor air quality reached hazardous levels in several places, while the smoke from the fires drove up particulate pollution in California. It was five times higher in late August 2020 compared to the same month last year, according to the news daily New York Times.

This ‘lightning siege’ that began in August destroyed more than 3,700 structures and led to seven deaths, according to California’s department of forestry and fire protection.

Smoke continued to stream from the August Complex fires — located northwest of Willows, California — when the US National Aeronautics and Space Administration’s (NASA) Operational Land Imager on its Landsat 8 satellite had acquired images September 1.

Images shared by NASA showed the northern extent of the fire, where strong winds caused fire activity to pick up. 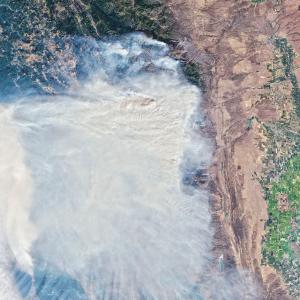 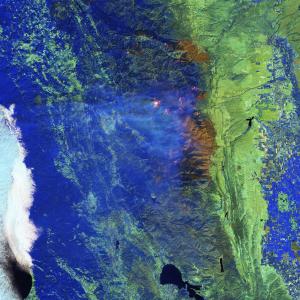 Streaks of red were visible in the natural-coloured image, where aerial crews dropped fire retardant to curb the spread of the fire.

The other image — made from a combination of shortwave and near-infrared data — revealed the intensity of fire through the clouds. The hottest and most active parts of the fire can be seen in yellow, while the pink halo around the main fire area was caused by hot gases emitted in the immediate vicinity of the fire front at the lower reaches of the fire plume. Areas burned earlier can be seen in dark brown.

The August Complex fires — that accounted for a quarter million of the 1.5 million acres of land burned — were just one of the 20 major fires and fire complexes actively burning across California early September.

Fire complexes further south, however, slowed their advancement, said Ambrosia. “All these events were lightning-caused and burning in remote Mediterranean-ecosystem shrub and forested regions,” he added.

Many areas that burned, including the August Complex fire area, experienced higher fuel loads due to the absence of periodic fires, according to Ambrosia. “These combined with the aforementioned variables contributed to more intense wildfire spreading,” he added.