Native Americans protest over ecologically damaging pipeline project in US 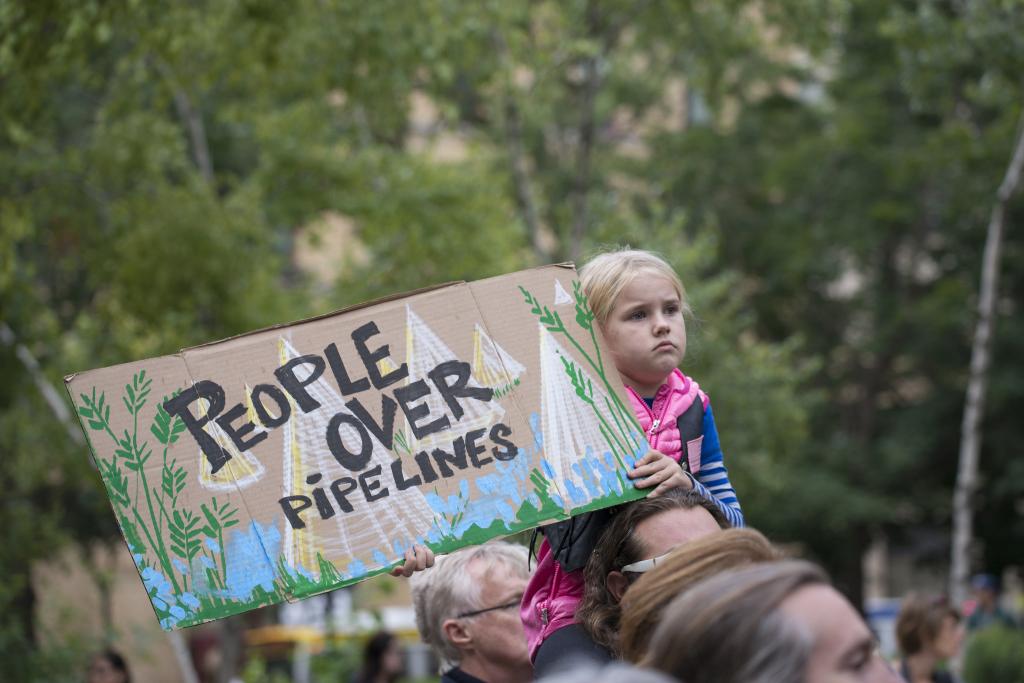 In the summer of 2016, activists ran from North Dakota to Washington, D.C., to present a petition against the construction of the pipeline. Credit: Fibonacci Blue/ Flicker

The US has a troubled history of oil spill, contamination and related deaths. Since 1986, there have been nearly 8,000 incidents, resulting in over 500 deaths, more than 2,300 injuries and nearly $7 billion in damage. In the last 30 years, pipeline accidents have spilled an average of 76,000 barrels per year.

The Energy Transfer Partners, a US Fortune 500 natural gas and propane company, is now building a 1200-mile-long Dakota Access Pipeline that will run from North Dakota and cover Iowa before coming to a stop at Illinois. This $3.7-billion project has come under huge protest by the local Sioux tribe inhabiting Standing Rock Indian Reservation. It was as recent as September 26 when President Barack Obama acknowledged the fact that the voices of this Native American movement to block a disputed oil pipeline are being heard.

After the tribe resorted to legal action, the US company brought bulldozers and hired a private security firm to carry out the land-digging work on the pipeline route. When unarmed protesters moved near the bulldozers, the security guards used pepper spray and guard dogs to frighten them away. At least six protesters were treated for dog bites and an estimated 30 protesters were pepper sprayed.

The protest was building up

Protests over the building of the pipeline have been going on for months with protestors setting up camps around the construction. In the summer of 2016, a group of young activists from Standing Rock ran from North Dakota to Washington, D.C., to present a petition in protest of the construction of the Dakota Access Pipeline. The tribe launched a lawsuit in July against federal regulators who approved the plans for the pipeline and also filed suit in the US District Court for the District of Columbia to stop its construction.

The pipeline, the activists argue, would jeopardise the water source of the reservation, the Missouri River. They also worry that the pipeline, which will run through several states, could disturb sacred sites and affect the reservation's drinking water.

While the protests at pipeline site continued peacefully, drawing indigenous people from across North America, the tension escalated in the first week of September when the company razed a sacred burial site. This raised hackles with the locals who couldn’t tolerate these attacks on the resting places of their ancestors. These ancient tribal burial sites contain historical artifacts.

Critics say that the US Army Corps of Engineers, the US Federal Agency on public engineering, design, and construction management, was lenient in giving go ahead without adequately examining the potential for oil spills or the impact on climate change, especially when the pipeline is expected to cross its rivers and waterways 202 times.

According to attorney Carolyn Raffensperger, who’s litigating against the pipeline’s use of eminent domain in Iowa, the Army Corps granted permission to an environmental assessment based on skewed data from the company. It didn’t determine if the placement, operation and maintenance of the pipeline have the potential to cause significant environmental effects.

A whiff from the past

The Dakota Access Pipeline is not the first time that tribal lands have been taken to build projects that would supposedly aid development. By the 1960s, the Sioux and Cheyenne lost 200,000 more acres of valuable farmland to dams, without ever taking their permission. Villages had to be relocated without their knowledge.

In case of the Dakota Access Pipeline, too, the tribal leaders were not consulted even though the pipeline was to pass directly through their lands. But the reason why this protest gained so much steam is the inherent fear that this project is potentially more disastrous since it poisons water.